Three weeks of heavy rainfall have left much of Iran submerged, with hundreds of dead.

More rainstorms are forecast for the south-west. Full dams were opened to ease water build-up, causing evacuation from more villages.

The interior minister, Abdolreza Rahmani Fazli, told state TV that about 400,000 people were at risk out of the province’s population of 5 million. 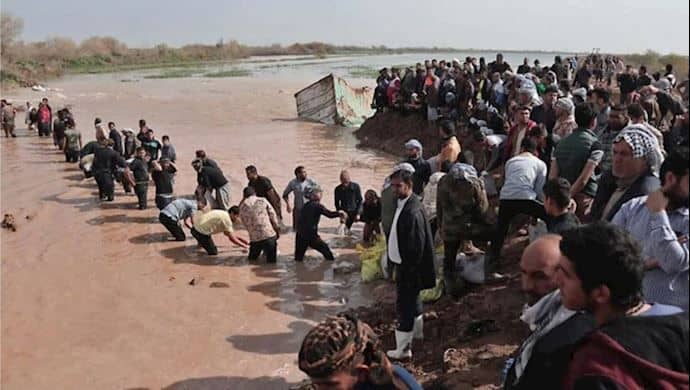 Eleven towns and scores of villages were already evacuated. There have been no evacuation orders for major cities, including the province’s capital, Ahvaz, which has 1.7 million residents.

Heavy damage from the floods has been blamed on Iran’s revolutionary guard corps in part due to their disregard for safety regulations in the construction of buildings, roads, dams or deforestation.

Environmental experts believe that deforestation has been one of the most significant causes of flooding in recent years in the country. Deforestation was carried out by IRGC during the past 40 years.

According to Iran’s Natural Resources and Forestry Organization, widespread and unregulated deforestation has destroyed around half of Iran’s northern forests, areas where major floods occurred. 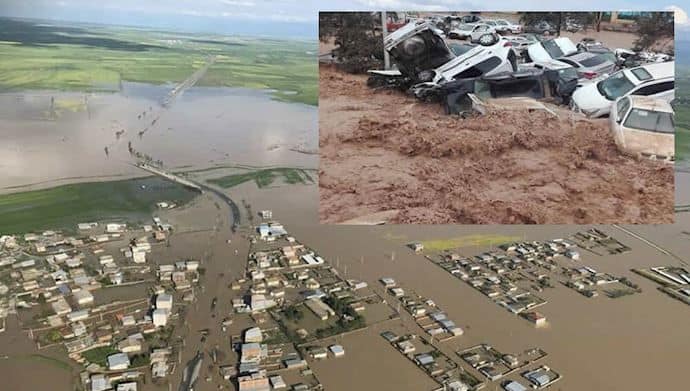 According to the organization, the northern forests area was reduced from 3.6 million to 1.8 million hectares during the past 40 years.

The mountainous Lorestan Province and the oil-producing Khuzestan Province, both in southwest Iran, have been especially hard hit by the floods

The population of the town of Susanguerd (southwest) is rushing, some to the town of Ahvaz, others to the heights of the province.

The situation is tragic in the flood-affected areas of Khouzistan province in southwestern Iran.

“Floods are rushing into Khouzistan from six other provinces in the country,” said Hassan Rohani’s Interior Minister Abdolreza Rahmani Fazli.

“The situation is alarming in the Karkheh and Dez rivers and the Karoun River,” said the head of the Department of River and Coastal Protection and Engineering, affiliated with the Provincial Water and Power Company. “The water flow in the dams is at its maximum,” added the same source. 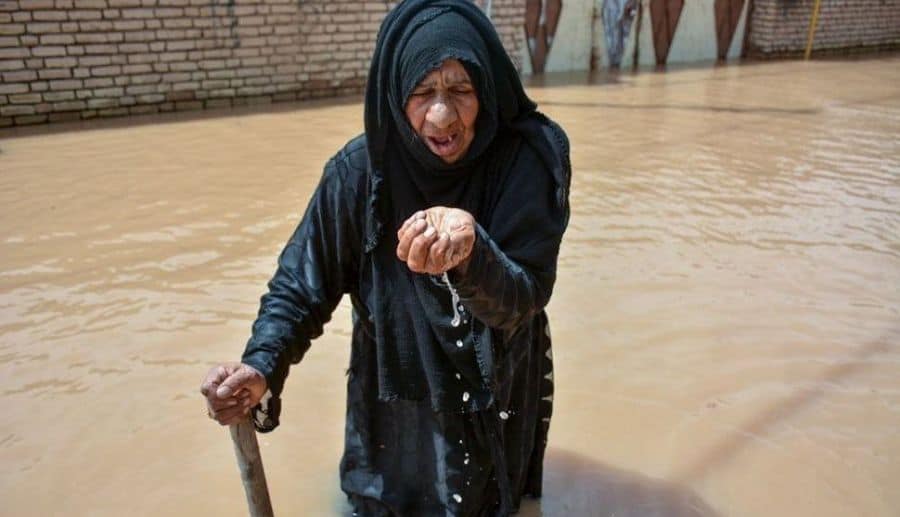 Angry locals in villages around the southwestern town of Susangerd and Dashte Azadegan in Khuzestan province clashed with forces of the Iran Revolutionary Guards Corps in the early hours Wednesday, April 3, 2019

According to reports, the IRGC had taken down the flood barriers that locals had made to prevent flood water from entering their farmlands. The Guards wanted to direct water away from IRGC controlled oil wells in Dashte Azadegan.

The locals’ resistance led to armed clashes with the IRGC.

Reports indicate that many people were wounded in the clashes. A man identified as Aboud Rabiei who was shot in the neck passed away.

Some IRGC forces were also wounded.

Public anger is mounting in Iran after 16 days of severe flooding in almost all of Iran’s provinces. The flood-stricken people who have lost everything to the floods blame the regime and mainly the IRGC for the scope of the damage. They also blame IRGC for its incompetence in providing relief.


It seems that European countries, America and also countries in the region are becoming tired of the Iranian regime’s hostile policies.

In the meantime, according to WSJ the Trump administration is preparing to designate Iran’s Islamic Revolutionary Guard Corps as a foreign terrorist organization, U.S. officials said. The designation is a step that would vastly escalate the American pressure campaign against Tehran. The people of Iran will highly praise this move by the US.