Demonstrations and clashes in different parts of Tehran, and many major cities continues ahead of the Iranian Grand Gathering in Paris.

Young Iranian people in different cities clashed in skirmishes with repressive forces. They chanted slogans of “Down with high prices; you shameless people, leave the country.”

In recent days the youth rallied in he capital Tehran against the repressive forces and resisted. The clashes in the streets lasted almost all day long. The people confronted the firing of tear gas with setting up fires. 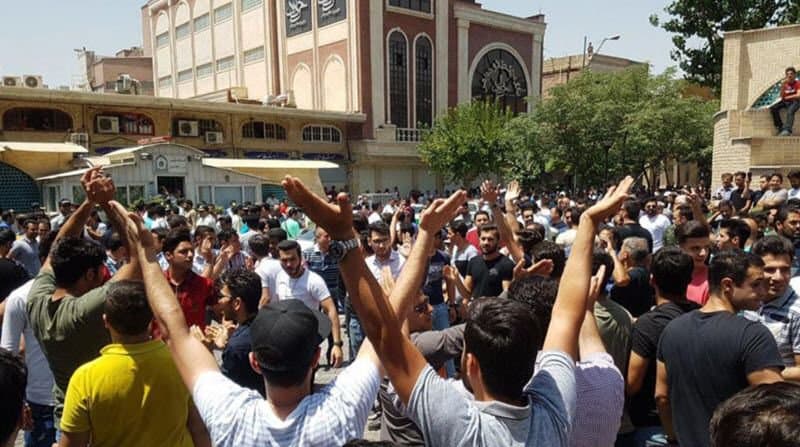 The number of demonstrations and clashes were so much in some parts of Tehran, that in addition to police agents and riot guards, the Revolutionary Guards entered the scene. 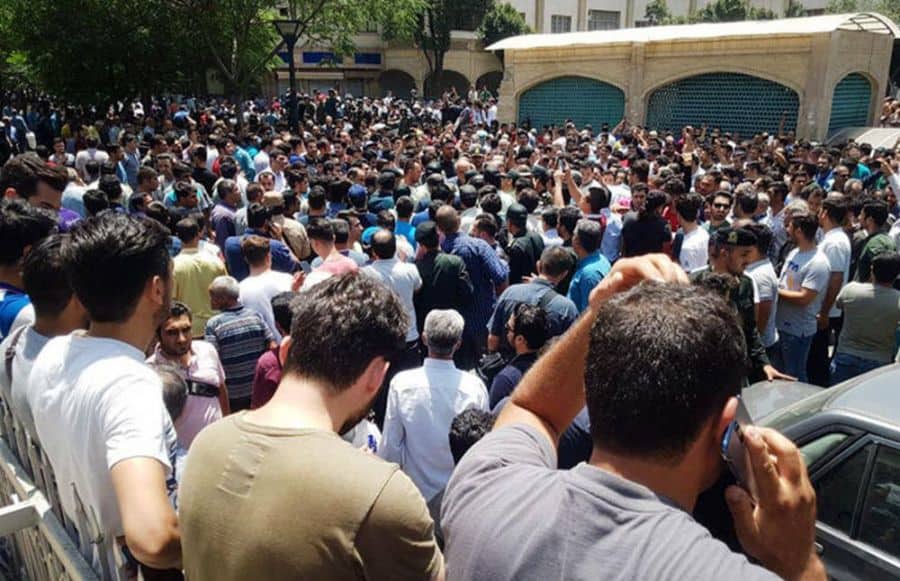 Sadegh Larijani, the chief henchman of the clerical regime’s judiciary, on Tuesday, June 26, issued a threatening speech. This was on the third day of the strike of the Bazaar.

Larijani said: “The perpetrators of the ‘riots’ of Tehran and disrupters in the economic system have severe penalties under the law of disturbing the country’s economic system. It has been seen that, if this is a case of corruption, the execution would be carried out and, if not, it would be 20 years’ imprisonment.”

“We have widespread knowledge that yesterday’s riots are the work of others,” he added. “Those who disrupt, who break the glass of the shops and set up fire will be dealt with decisive action.” 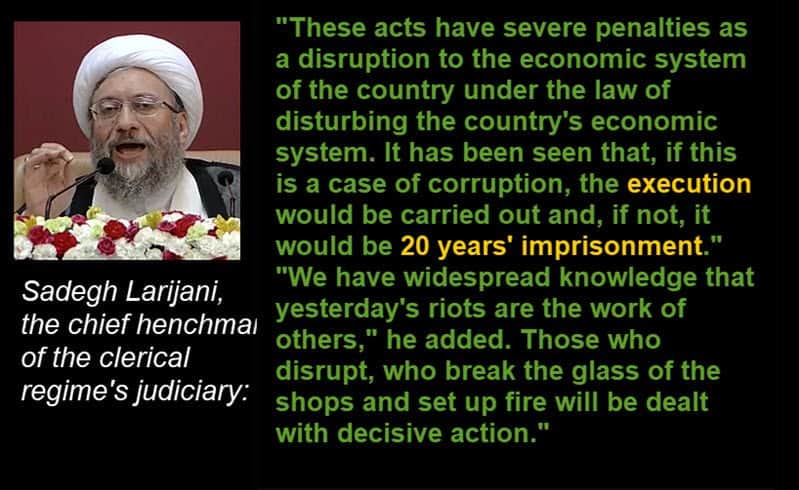 In this situation the people of Iran are in dire need of regime change. Therefore, on 30, June, 2018 Iranian communities, dignitaries, prominent personalities, from all over the world once again have their annual grand gathering. They seek an end to the religious dictatorship in Iran and establishment of an alternative to this regime. Iran wants an alternative with human values such as gender equality and respect for all ethnic and religious minorities as equal citizens. A democratic, non-nuclear Iran seeking friendship with the rest of the world, democracy and respect for human rights. 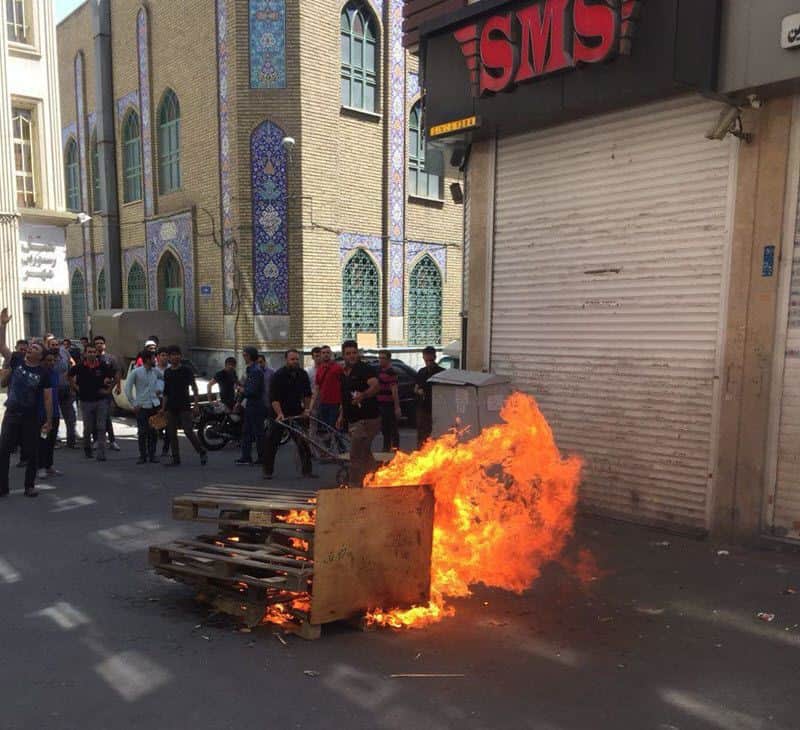 Several hundred politicians, prominent personalities and activists of different political persuasions from across the world including parliamentary delegations and influential foreign policy and national security experts such as such as Rudy Giuliani, former Mayor of New York, former US Presidential candidate; Newt Gingrich, former Speaker of the House and US Presidential candidate Louis Freeh, Director of FBI (1993-2001); Governor Bill Richardson, U.S. Ambassador to the United Nations and the Energy Secretary (1997-2001), nuclear negotiator with North Korea; Michael Mukasey, Attorney General of the United States (2007- 2009); and many others

The day will consist of speeches, some from activists who recently escaped Iran and want to share their unbelievable stories during this day. A cultural entertainment and music program will be provided throughout the entire day. 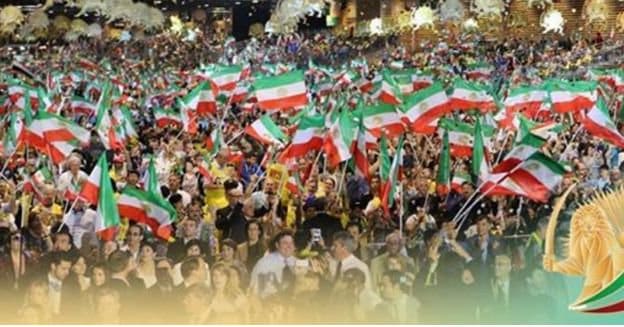