Teachers in the provinces of Kermanshah, Alborz, Isfahan, and Ardabil rallied on Thursday, Jan 24, 2019. The teachers are now angry, protesting delayed paychecks and poor living conditions. Hard-working and yet deprived teachers throughout the country see inflation and skyrocketing prices of everyday goods. 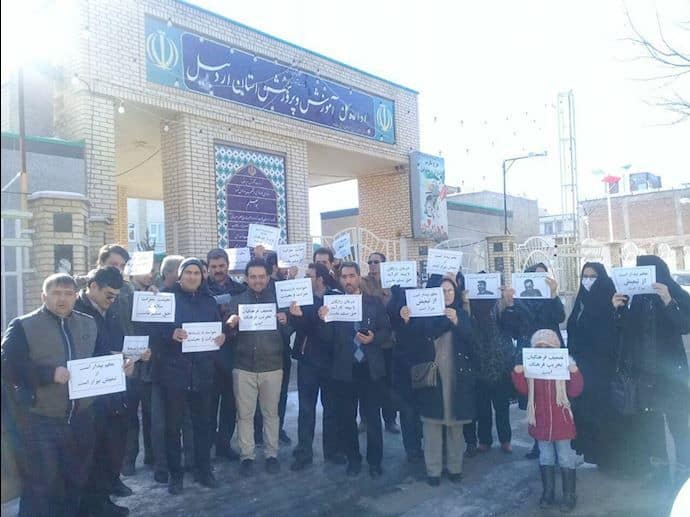 Teaching is a very important profession, training children who will become a country’s future. Unfortunately, in Iran, controlled by a recalcitrant government, teaching is one of the most poorly paid professions.

In recent years, teachers in Iran have called for better working conditions. They launched many campaigns to protest against their severe living conditions, very low quality of social insurance, and lack of job security. Rather than addressing these problems, the government of Iran used harassment and imprisonment against them. 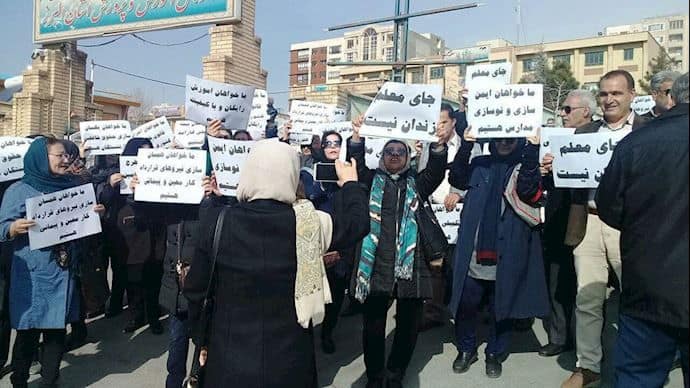 In these recent protests, teachers showed their demands with signs and slogans. The signs said “Detained teachers must be freed,” “NO to prison for teachers,” “Teachers’ future must be secured,” “Proper jobs and security,” “Teachers must rise to end the discrimination and a low monthly salary,” and teachers must “have their own independent syndicates and associations.” 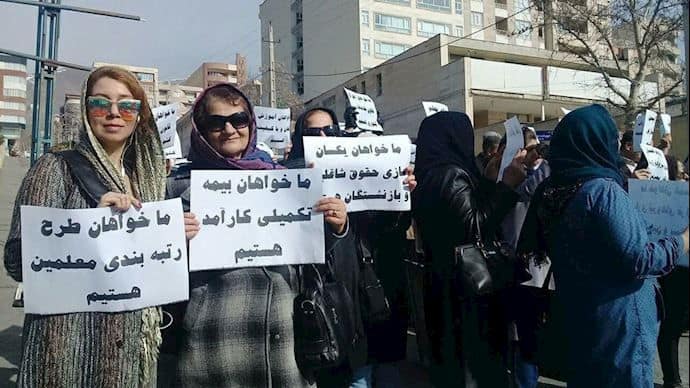 In the city of Ardabil, in northwest Iran, a group of teachers rallied outside the provincial Education Department. They protested the officials’ refusal to even respond to their demands.

In Alborz Province, northern Iran, teachers took to the streets. They held signs and chanted, “Inflation, high prices, answer to us Rouhani.” They were sending a message to the regime’s President Hassan Rouhani.

Isfahan Province in central Iran was the scene of another teacher protest. These teachers were also protesting against the injustice they suffer at the hands of the mullahs’ regime. 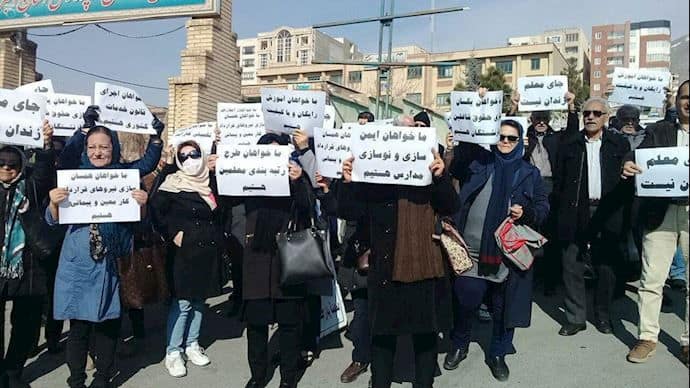 Iran’s ruling theocratic regime shows it does not care for the people. Instead, it serves its own needs first, and supports terrorist groups in the region.

Teachers in Kermanshah, western Iran held a rally where they chanted:

The Kermanshah teachers issued a statement at the end of their rally on Thursday.

Segments of that statement include:

Following various measures, especially the large rally held on January 10 for the provincial teachers, to this day we have received no answers to any of our demands. Therefore, we have decided to recall our demands alongside teachers of other provinces, and protesting retirees. 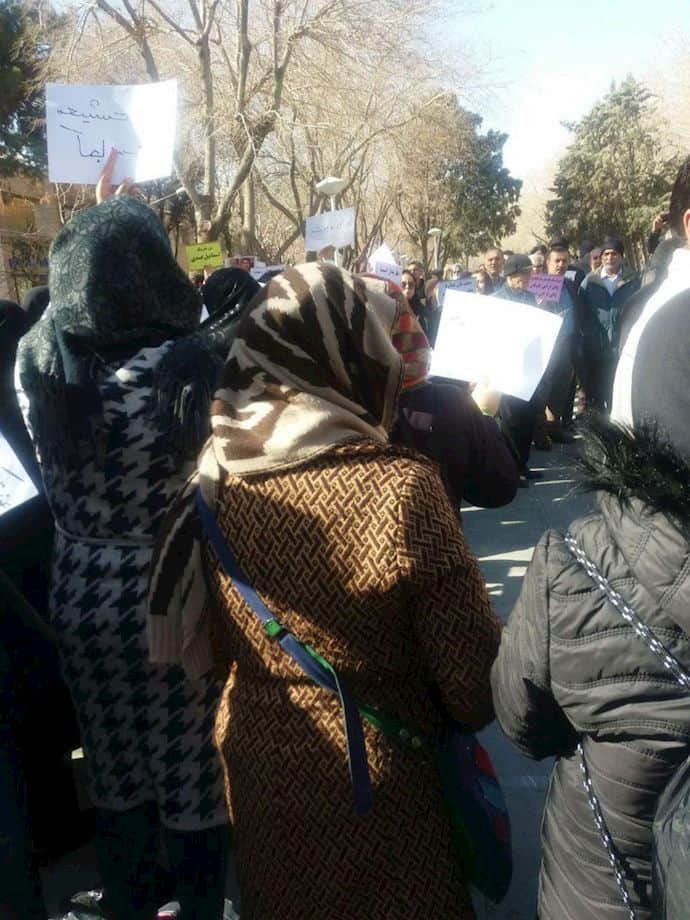 Regime Cares Only For Itself

People are starting to ask the question: What will happen if Iran’s regime continues to ignore such pressure?

Many people throughout Iran believe they are witnessing the beginning of the end for the mullahs. There is now a significant role being played by “resistance units” who help lead, organize and sustain protests. The uprisings of Iranian people that started in earnest little more than a year ago show the regime moving closer to collapse.