Belgian police authorities arrested a young couple on Saturday 30 June 2018 in a Brussels district. The man Amir S., 38 and the woman Nasimeh N., 33 are both Belgian citizens of Iranian origin. A search of their Mercedes turned up 500 grams of TATP (triacetone triperoxide TATP, referred to as the “Mother of Satan”). TATP is a powerful explosive used by terrorists. A detonator was hidden in a small cosmetic kit. 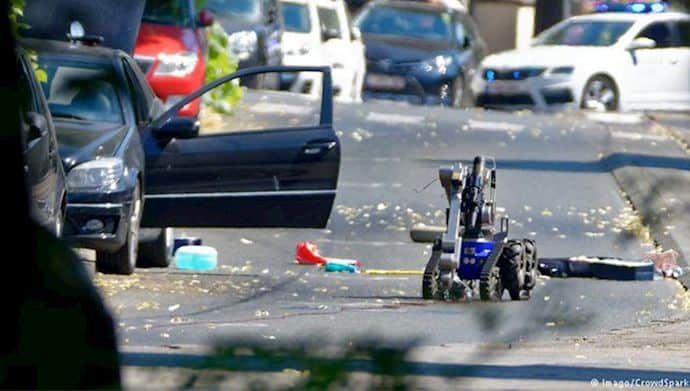 After a few hours of investigation, they confessed of having attempted to carry out “a bomb attack” on Saturday in the Paris suburb of Villepinte, during a conference organized by the People’s Mujahedin of Iran. In attendance at the conference were close Donald Trump ally Rudy Giuliani, Louis Freeh, director of the FBI from 1993 to 2001; and former House Speaker Newt Gingrich. They were just three of the many prominent Americans of different political stripes who have publicly supported MEK.

In their confession, they revealed that the mastermind of this terrorist attack is Assadollah Assadi 47, an Iranian diplomat in Austria. 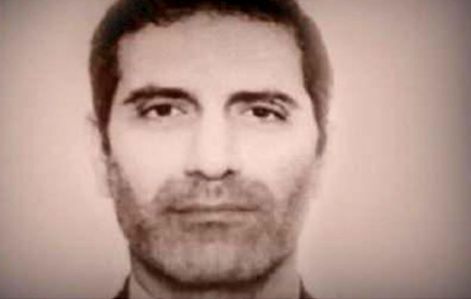 “The couple had picked up the TATP in Luxembourg from him and were fully aware of the risk involved of using this unstable explosive. They had every intention of using it. … They were not naïve.” – Belgian prosecutor.


According to the statement by the prosecutor, “the couple said the Iranian regime agent Assadollah Asadi threaten them for doing this terror attack.”

A short time later, Assadollah Asadi, the Iranian diplomat was arrested in Bavaria Germany on suspicion of aiding a planned terror attack in Paris. Police stopped Assadollah Asadi and his three companions at a service station at Spessart-Süd near Aschaffenburg. 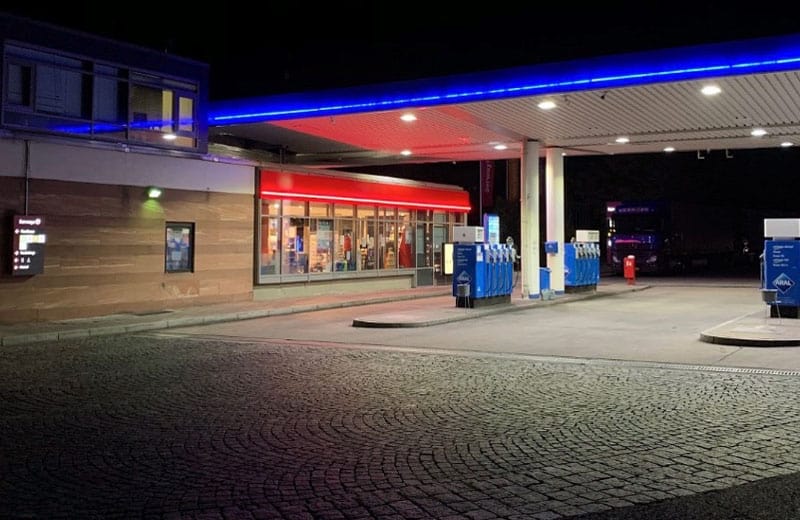 During the operation, explosives specialists from the Bavarian State Criminal Police and Bavarian riot police came to the scene, encircling more than 20 vehicles as the A3 autobahn was shut down, according to an Unterfranken police statement.

In addition, three other people were arrested in France in connection with the bomb plot. Following the arrests, Belgian authorities also conducted five raids in different parts of the country but did not elaborate on whether anything was found. 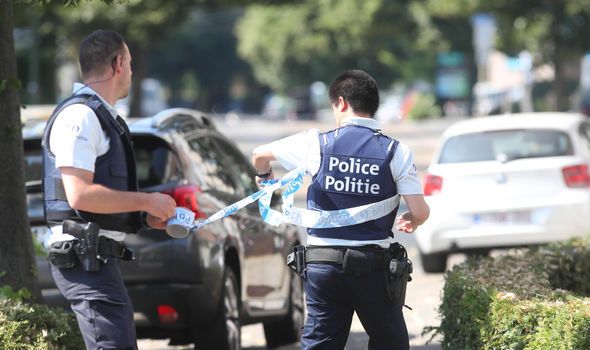 A spokesman for the Belgian federal prosecutor said Wednesday that the intended target was the annual convention of the National Council of Resistance of Iran, the political affiliate of MEK, the Mojahedin-e Khalq or “Peoples’ Mujahedin of Iran.”

When asked if the Iranian diplomat was an agent of any of Iran’s security services, a Belgian judicial source replied, “Practically all employees of Iranian embassies are part of the Iranian Secret Service.”

Giuliani said that all participants at the rally were grateful to law enforcement in Belgium and France for stopping an attack on a “gathering supporting freedom from the theocratic oppressive regime in Iran.” 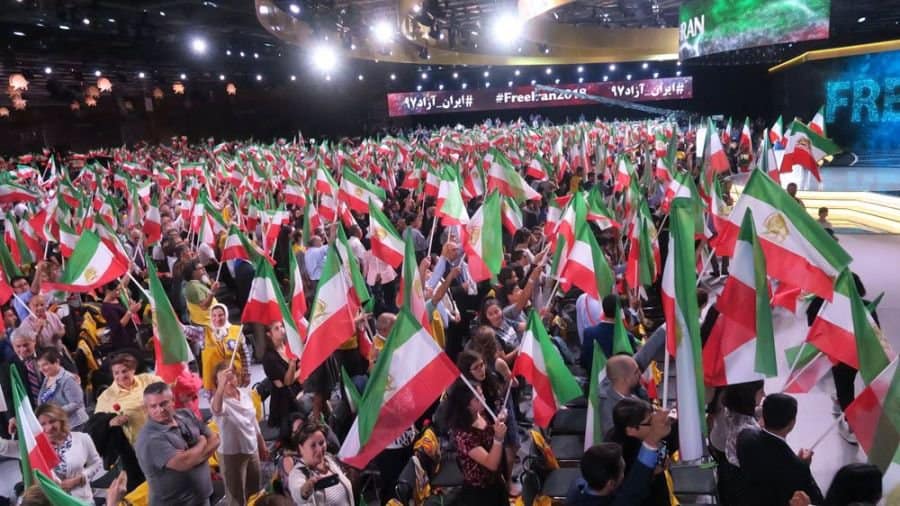 In a speech to the Heritage Foundation in May, Secretary of State Mike Pompeo said, providing no details, that “today, the Iranian Quds Force conducts covert assassination operations in the heart of Europe.” The State Department declined comment on the statement.

This shows the level of importance the Iranian regime gives to the movement led by Mrs Rajavi that represents the democratic alternative to the theocratic regime. The NCRI ten-point plan includes freedom of speech, association and religion, separation of religion and State, equality between men and women, abolition of the death penalty, a non-nuclear Iran and free and transparent election of a Constitutional Assembly within the first six months after regime change. In January, the Iranian regime’s president Hassan Rouhani had called President Macron to demand France prevent the activities of Mrs Rajavi. 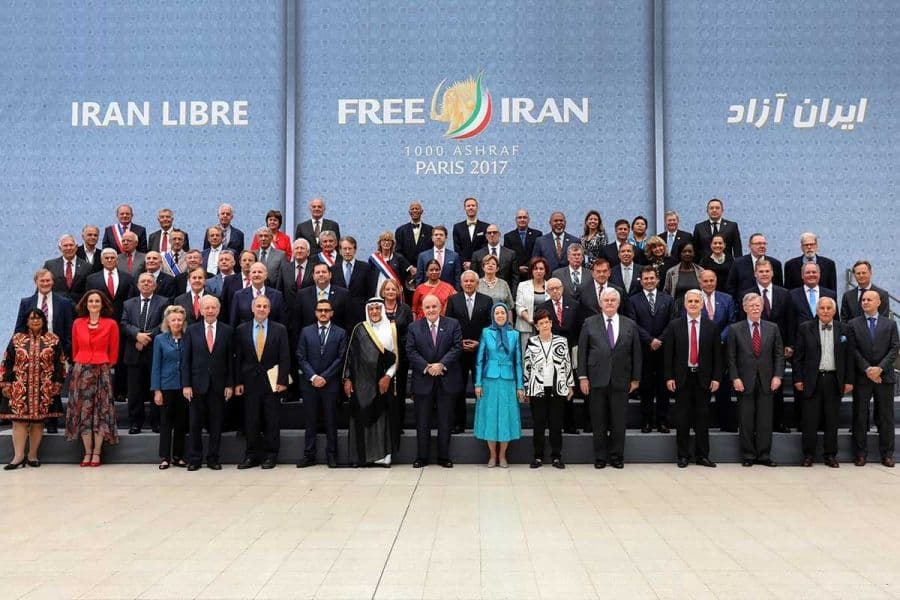 This new terror attempt with political motives in Europe requires the immediate condemnation of the Iranian regime by EU High Representative Federica Mogherini and all EU Member States.

Iran’s regime has a history of plotting and carrying out terrorist attacks against its opponents in Europe. In 1997 the EU withdrew its ambassadors from Iran and expelled Iranian diplomats from Europe following the infamous Berlin Mykonos restaurant assassinations of Iranian Kurdish dissidents.

In the wake of this new plot and following the wave of assassinations of several Iranian opponents last year including in the Netherlands and Turkey, the EU should now demand the closure of Iran’s embassies and expel Iranian diplomats from Europe.