In an article published in The Times recently “Virulent new strain of anti-Semitism rife in UK, says Chief Rabbi,” Chief Rabbi Sir Jonathan Sacks said that in January the number of anti-Semitic incidents reached the highest level since records began.

At first glance this might seem worrying (maybe it is meant to have that effect?), but the January figure of 250 “incidents” was double any previous monthly figure, meaning that previous months were 125 or less. 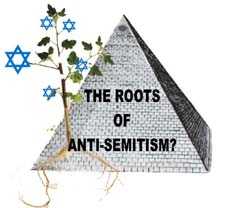 It is not clear whether these incidents relate to verbal abuse or physical attacks (or a mixture of both). The figures were provided by The Community Security Trust, a British charity established in 1994 to ensure the safety and security of the Jewish community in the UK.

Records of anti-Semitic incidents have been recorded over a very long period, and it is uncertain if Sir Jonathan Sacks is suggesting that this is the highest level since 1994, or over a much longer period.

Rabbi Sacks attempted to suggest that the anti-Semitism of today is different to that of the past, by saying “in the past, hatred was focused against Judaism as a religion or Jews as a race, the focus this time was on Jews as a nation.” From the reports I have seen, nothing has changed. Anti-Semitism usually affects all Jews and the religious aspect plays very little part.

He seemed a little surprised that the increase of incidents seen in January took place at the same time as Israel’s assault on Hamas in Gaza. Considering the Israeli response to the people in Gaza (not just Hamas, but civilians too), it is perhaps fortunate that the figures were not higher. There were many more anti-Islamic incidents following the 9/11 attack in 2001.

In the article Rabbi Sacks mentioned the difference between “anti-Zionism” and “anti-Semitism.” Whilst he seemed to give the impression that they were effectively one and the same, this is not true.

There certainly is a growing “anti-Zionist” feeling developing, but not all Zionists are Jews, and those that “attack” Zionist Jews do not have a dislike for all Jews (generally speaking). However, there are bound to be some exceptions of course.

The area that Rabbi Sacks and others conveniently ignore is what creates this problem in the first place. Anti-Semitism is not a new “fashion” that appeared with the rise of Hitler, it has existed throughout history. We have seen this hatred for Jews many times in the past and the question we need to ask is why?

The answer is perhaps very simple and most people would say the same (if it had not become so politically incorrect to do so), and appears to have nothing to do with the religious aspect of Judaism.

There is a small group of people in this world that seek control over the lives of the majority, they are commonly known as Zionists (a mixture of powerful people from various religions). In reality they are not religious at all, but use religion for their own gain.

Because the Jewish population in the world totals approximately 14 million (the twelfth largest religious group on the planet), it is perhaps not surprising that such a small number attracts attention if they achieve more success than others. If Jehovah Witnesses (for example) were in the same position, we would be discussing them.

If we take an honest look at how well some members of the Jewish community are doing in comparison to Muslims (1.5 Billion) or perhaps even Christians (2.1 Billion), it is very clear that a balance does not exist (as far as success percentages to population is concerned)

Could it be that Jewish people are smarter than those in other religions? There have been many famous and talented Jews throughout history. Or is some other factor contributing to these great results?

People have often pointed out that many Jews (although more accurate to say Zionists) have influential positions within politics, financial institutions and the media. Considering the number of Muslims in the UK and US, you would expect to see a much higher proportion involved in top level government, but this is not the case. How many Muslims play a leading role in the Federal Reserve (or other famous banks) or the Mainstream Media? Do they simply lack the skills required, or is their progression blocked in some way?

The Islamic Republic of Iran has been under immense pressure for many years, for allegedly seeking to develop a nuclear weapon. In a perfect world it would be nice if no one had such destructive weapons. However, Iran’s biggest critic has been Israel, a country that already has such weapons (at least 200 of them).

As we know, Israel has considerable influence in the US and has used this to great advantage (to obtain a superior military force in the Middle East). This has not been a popular policy with everyone, because it has created an imbalance within the region.

There are many Jews in Israel who are seriously concerned about the dangers of attacking Iran, because of the potentially fatal retaliation that may follow. Clearly they, like a good percentage of the Jews living in many other countries, are concerned about the backlash that may result from some of their leader’s decisions.

Sadly, this pattern of a minority attracting hatred for the majority continues to repeat itself (not just for Jews). The only way to cure anti-Semitism is to address the root of the problem, not to continue complaining about the symptoms.

Introducing new laws to penalise people for saying what they think is certainly not the answer, especially when these restrictions do not apply equally to all. Constantly reminding people of the Holocaust appears to be having a negative effect, as this promotes the problems facing just one religious group. People are becoming resentful that so much attention is being paid to one group, when so many other millions have died over the same period of time and have been almost forgotten.

Whilst there is nothing wrong in remembering those that have lost their lives in wars, we must be careful not to overdo our mark of respect (especially in events long ago) and remember that the new generation had nothing to do with the suffering these conflicts caused. How would relations between the UK and America be if there were daily reminders about the War of Independence?

My advice to people like Rabbi Sacks would be to concentrate more on exploring the root of anti-Semitism, which might produce much better results. People don’t just wake-up one day and decide to hate a certain race or religion, something creates this hatred. Right or wrong, these are the facts, only when we face the truth can we eliminate the problem.

The usual response to articles like this is to attack the author as an anti-Semitic (which I’m not), but it is so much easier to do this rather than debate the matter openly. I have written honestly about many subjects: Colour, Muslims, War, Politics, Catholics, God, Homosexuals, Prostitutes and many other delicate topics, but only one has ever attracted censorship (several times). This is not because I use offensive language on this subject or display racialist views, but because a limited number would prefer to see anti-Semitism continue, as it helps them to promote their own agenda with the minimum of interference.

Personally, I would like to see all forms of racial and religious hatred vanish, but this can only happen when certain people stop using religion for personal gain, and allow writers to speak freely about their concerns.

Is anti-Semitism on the rise in the UK? Maybe, but have we also seen an increase in Islamaphobia too? We must look at all potential problems with an unbiased eye and treat them all as equally serious. A victim is a victim, regardless of their race, colour or religion, for one to expect preferential treatment is selfish and insulting to the others!

Let’s put these “politically correct” rules and regulations where they belong (I’m sure you know where), and place our trust in more traditional laws and commonsense. People should be encouraged to develop their views based on facts, not forced to “tip-toe” around important issues because they are made to fear the consequences. Thought control is the most dangerous “strain” we are facing today, a disease that threatens us all.