A popular theory about the Holy Grail today is that it referred to the biblical Mary Magdalene, who unbeknownst to history was the wife of Jesus Christ and gave birth to a son by him, thus continuing his direct line. This is, however, merely a poor sequel to what was meant to be a transcendent story of the Christ, or divinely perfected man, reducing it to the hope of any man that his line should continue.

In reality, the Holy Grail, or “cup of the Son (of God)” is but one example of a recurring motif in ancient myths, of the “Golden Cup of the Sun” (This play upon the homonyms “Son” and “Sun” is very old, and continues to this day.) This is discussed fully in my book, The End of the Mystery. 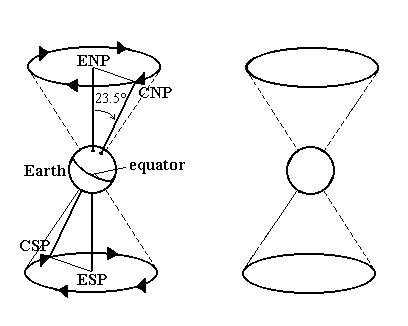 The Holy Grail’s direct association with the Sun is easily confirmed: The word “grail” is from an earlier “greal” or “grial,” and the ancient Irish word for the Sun was “grian” (from which we also get “green,” as in green grass and trees, celebrated from earliest times as nourished by the Sun).

Irish is a Celtic language, and the Celts were one of the earliest known settlers of the British Isles. The Holy Grail, although grafted onto the romantic legend of King Arthur, is essentially an ancient Celtic tradition, often linked by scholars with the magically full cauldron of one or another god, goddess or hero, in Celtic and other myths, such as the Greek “Cornucopia,” or Horn of Plenty.

The Horn, or Cauldron, of Plenty is in turn identifiable with the Cup of Christ – symbolically filled with his abundant, eternal life – as famously celebrated in the Catholic Mass. It is also the cup that appears from the “churning of the cosmic ocean” in Indian myth, full of amrita or soma, the “water of life” of the gods – or in Greece, the “nectar” drunk by the gods. This water of life “refreshed” the gods, or maintained their immortality by rejuvenating them, so the “cup” can be identified with both the “fountain of youth” and the “tree of life” of still other traditions.

In the Norse mythology, the tree of life was the tree in the center of the Garden of Idun – obviously the same as the Garden of Eden – upon which grew Golden Apples, which were again the food eaten by the gods to rejuvenate themselves. Since Adam and Eve also famously ate the apple from the same Tree in the center of the Garden, this tells us the great but open secret (“Know ye not ye are gods?”) of the ancient mystery traditions and modern “Positive Thinking” gurus alike.

The Rubaiyat of Omar Khayyam recalls another example of the cup of the Sun, from ancient Iran (Persia), in these lines:

Iram indeed is gone with all its Rose,

And Jamshyd’s Seven-ringed Cup where no one knows;

But still the Vine her ancient Ruby yields,

And still a Garden by the Water blows.

Thus every major tradition – of a cup or similar source of ever-renewed life – can be linked to the other, and all refer to the same thing, in a single endless chain of variations on one central myth.

The common source of all these ancient religious beliefs – the true point at which the esoteric and exoteric traditions merge, or rather from which they diverged “in the beginning” – was a world-encompassing deed of the “immortal spirits” or “gods”: It was a great design of the world, which all the myths and legends minutely describe, in innumerable and precise scattered fragments, and thus decisively verify the design as fact, as the author has been the first in history to do.

Ancient myths were, and still are when properly interpreted, both religion and hard science. They were, in short, sacred history, meant to pass down an all-important truth about the origin of the world and man, in terms both sacred and endlessly satisfying to the human imagination, based as they are upon the common human experience – glorious, dramatic tales of love and war, of heroes overcoming all obstacles, and the eternal mysteries of life and death – all of them motivated by the real design of the world. Science does not want to hear this, but the world needs to know the truth.

Read my online article, Design Behind the Ancient Mysteries. It should be child’s play to recognize the Holy Grail now. As shown in the accompanying illustration, it is the double-cone shape of the Earth in precession, which is a readily recognizable, indeed famous goblet shape.