Iranian refugees in Camp Liberty near Baghdad must be provided safety and security, a statement issued by more than 3,000 Iraqi tribal sheikhs reads, adding Iran’s lethal meddling in this country and abroad is condemned and must come to an end.

Iran’s interference in the Middle East, especially in Syria and Iraq, have escalated into an unprecedented dimension, the statement by The National Council for Tribes of Iraq warns, accusing Iran’s forces in Syria of massacring innocent people through the bloodiest meddling by Tehran.

“Iran-backed militias are resorting to all types of crimes against internally displaced persons and those forced out of their homes, and these proxy groups have even admitted to abiding by direct orders issued by the most criminal terrorist officials of this regime,” the statement reads.

As a result of this carnage, nearly 2,000 Iranian refugees remaining in Iraq continue to be the target of Iran-inspired attacks, an intense blockade imposed by Iranian elements inside the Iraqi government and further limitations. These refugees were moved to Camp Liberty in Baghdad back in 2012 in what was described as preparations for their speedy resettlement abroad. However, the situation has only turned for the worst. 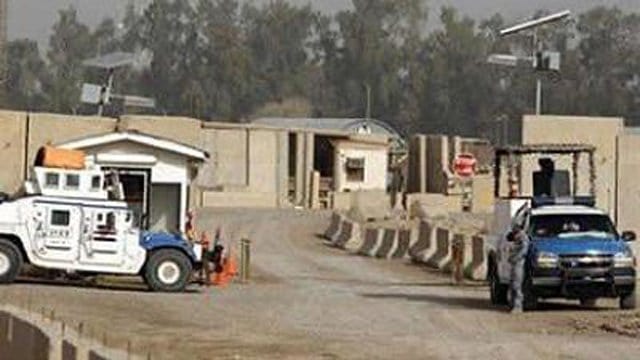 “Camp Liberty, home to refugee members of the People’s Mojahedin Organization of Iran near Baghdad, was the target of a heavy rocket and missile barrage on 29 October 2015 staged by Iranian operatives in Iraq, leaving 24 Liberty residents killed and a wide scope of the camp leveled,” the statement added. The October 2015 attack was the last in a string of rocket barrages launched from February 2013 onward.

The full eviction of Iran and its proxies from Iraq is considered the only possible remedy to bring an end to all the killings and atrocities in Iraq and countries across the region.

The more than 3,000 Iraqi sheikhs concluded their statement by making the following demands:

“We call on the United Nations and United States government to live up to their responsibilities in providing safety and security for Liberty to guarantee a similar attack will not take place against the camp … [a] complete end to Iran’s meddling in Iraq and countries of the region, which is the main element behind all the killings, instability, insecurity and expansion of sectarianism.”