PMOI member Taghi Abbasian, a Camp Liberty resident who was suffering from a heart ailment and the dangerous disease of MND, lost his life at the camp’s Iraqi clinic as a result of the anti-human medical siege on the camp and the lack of access to medical care. He had been struggling in the ranks of PMOI for three decades in order to overthrow the religious fascists ruling Iran and to establish democracy and human rights.

Since 2009 when the United States transferred protection of Camp Ashraf to the Iraqi forces, twenty-one PMOI members in Ashraf and Liberty have passed away due to the medical blockade 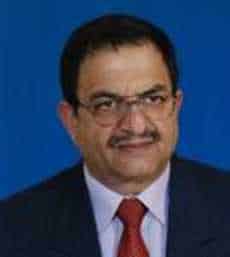 A number of other patients who suffer from extremely serious diseases are also in a perilous situation due this criminal siege.

Just like other residents of Camp Liberty, Mr. Taghi Abbasian, who was a protected person both according to the refugee law and according to the Fourth Geneva Convention, faced innumerable obstacles in his medical treatment.

“My name is Taghi Abbasian suffering heart ache and numbness of body; I had a heart attack a while ago. I am partially paralyzed and my health situation is deteriorating. After one month doctor in camps’ [sic] clinic prescribed me angiography and brain MRI. On 7th April 2014, I went to Baghdad for a surgery and MRI. When we want to leave the camp the Army Intelligence Forces (AIF) did not allow one ambulance leaves the camp and all patients had to sit in one ambulance tight together. It was really a torture from the beginning. In hospital in Baghdad, AIF agent did not even let me explain my problems to doctor completely.”

The doctor told Mr. Abbasian: “from a medical point of view this patient must be hospitalized and take angiography and some other medical tests.” He wrote: “However, the AIF agent prevented me to be hospitalized. Given my health situation that is unstable, I will hold Major Ahmed Khozeir and his personnel responsible if anything happens to me.”

In numerous other letters to UNAMI, including on January 20 in 2011, and on May 8, June 2 and 21, and July 5 and 20 this year, Mr. Abbasian complained about the hampering by Maliki’s Government in his medical treatment, but the letters all fell on deaf ears. In his letter of July 5, 2014 to the head of UNAMI Human Rights, he explained the stonewalling by the Iraqi agents in his transfer to the hospital and wrote:

“I am seriously complaining this inhumane conduct by the Iraqi government elements, and I am asking you to not remain silent any further and not allow them to play with our lives. I am warning that I am in dangerous and irreversible conditions and must go through my medical treatment process.”

The criminal medical blockade took a turn for the worse since the residents were transferred to Camp Liberty. While the Iraqi clinic in the camp is deprived of rudimentary equipment for emergency cases, the Maliki forces are preventing the transfer of the medical equipment that the residents purchased at their own expense in Ashraf.

The Iranian Resistance underscores the repeated and written commitments of the U.S. government and the United Nations concerning the safety and security of Camp Liberty residents and calls on them to act immediately to end this criminal siege and to provide residents unrestricted access to medical services in Iraq. The Iranian Resistance reminds the U.S. and the UN that these measures are blatant and serious violations of the international treaties and flagrant examples of crimes against humanity whose perpetrators should be held accountable.