Somali Football Federation (SFF) on Monday inaugurated the General Daa’uud cup competition, the second most populous football tournament in Somalia. Elman FC, a strong football club in the country humiliated its Dahabshiil FC rivals by 4-1 in the opening match at the Somali university stadium on Monday.

Somali Football Federation President Ali Said Guuleed Rooble told the inauguration ceremony of the tournament that his federation gives a great priority to the General Daa’uud cup as it is a memorial event for the founder of Somalia’s armed forces General Daa’uud Abdulle. 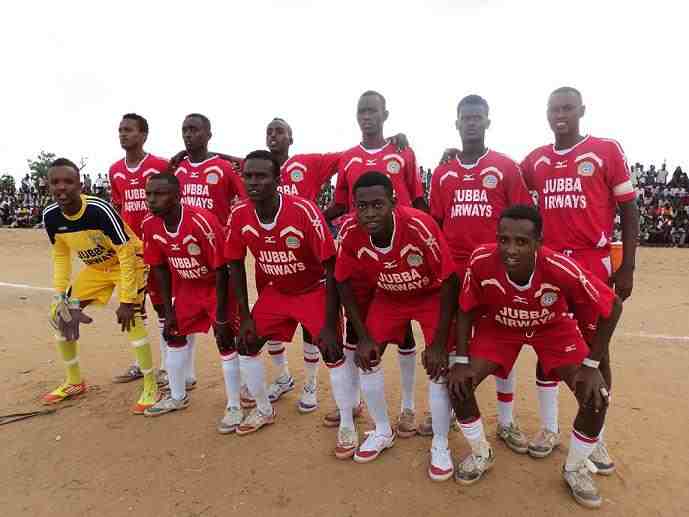 “The first leg of our division A tournament ended on 17th of July and it was then halted because of Ramadan and will be restarted on September 14 so as long as the Ramadan ended and we have three weeks until 14th of September the SFF is holding the General Daa’uud cup in accordance with our annual work plans” president Ali Said Guuleed Rooble told the opening ceremony Monday.

The competition gathered 12 clubs divided into 4 groups and according to fixtures it will last until September 21st.

Elman, Dahabshiil and Jamhuuriya are in group A, while Sahafi FC and Somali Fruit are in group B with Bariga Dhexe, as the Police club Heegan and Badbaado are in group C with Gasco, while Banadir Sports Club, LLPP and Qodxaaley are in group D.