The Somali youngsters will play against their Sudanese counterparts in the preliminary round of CAF junior qualifier on Friday the 21st of September as scheduled.

“Both Somali and Sudanese football Federations agreed that we play one-leg competition. The clash will be on Friday and if it ends in a stalemate then there will be penalty kicks and those who win in the penalties will qualify for the second round of the CAF junior qualifiers,” Somali Football Federation secretary General Abdi Qani Said Arab told the media in Mogadishu on Wednesday. 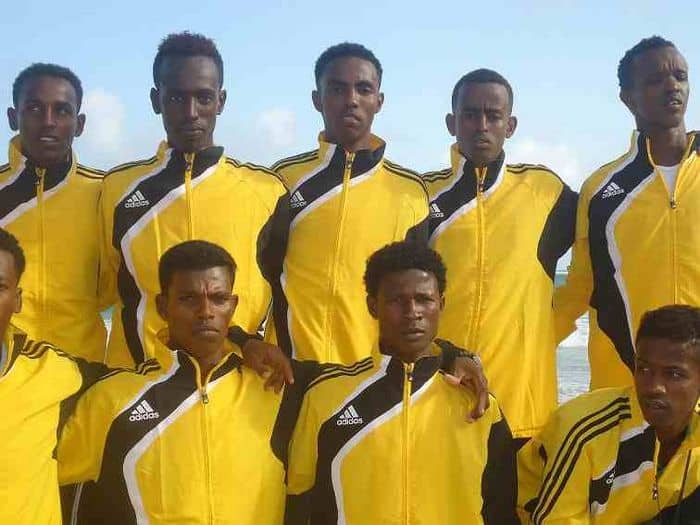 He said because of Somalia’s current security situation the, SFF could not host international matches at home and that is why both federations agreed on the one-leg match to be played in Khartoum.

“If the security situation in Somalia improves and the FIFA-funded construction on Stadium Banadir ends, we hope to host international matches at home in the near future,” Secretary General Abdi Qani Said Arab noted in his media briefing on Wednesday.

“Both brother countries have long-existing bilateral relations and we will discuss on how to strengthen the relations between Somalia and Sudan,” the Somali state minister for youth and sports Abdullahi Sheik Ali told the media.

He said tSomali government is very grateful to the government and people of Sudan for the great hand they so far extended to the Somali people, most notably the scholarship that Sudan grants hundreds of Somali students every year.

“This is not something new but Sudanese scholarship grant to Somalia is decades of years old,” state minister Abdullahi Sheik Ali noted.