“As president I am very happy to tell you that I am jubilant at how responsibly you are undergoing your course. I am more confident that you will be able to make big changes in developing athletics in Somalia,” the visiting president told the coaches.

He said that for the past two years Somali NOC has achieved more towards developing sports in the lawless country. “We have accomplished more than can be done in such chaotic country and that is because of the great cooperation between Somali NOC and its members,” the president said. 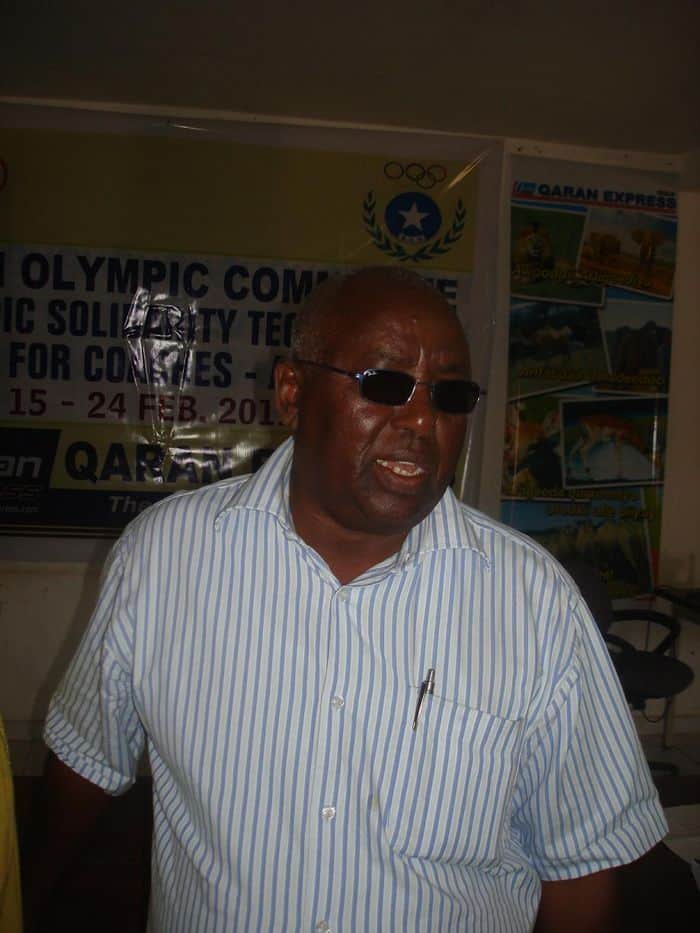 He said that the course was due to be held in Somalia. But was transferred to the neighboring Djibouti because of the recent violence in Somalia where international instructors cannot be invited. “I am very grateful to the lecturers who came here to share their knowledge to us,” he said while shaking hands with IAAF lecturer Severe Joel.

He praised former Athlete and current instructor Abdulkadir Arale Omar who has been assisting the coaches as translator. The course is the first of its kind where Somali Athletics coaches were trained. It is due to close on Thursday. 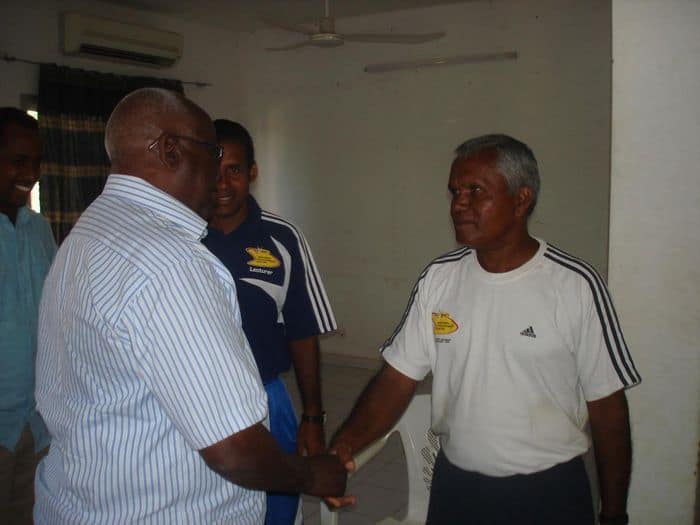