The Somali Football Federation (SFF) and the country’s main Students’ Union on Sunday held a huge ceremony to mark the conclusion of the recently-ended Primary and Intermediate Somali schools football tournament.

During the ceremony, the trophy was presented to the Captain and the winners at the Jaber Bin Hayan School, while certificates, football equipment and other important prizes were given to the schools principals, business companies, the best player, the top goal scorer and other individuals. 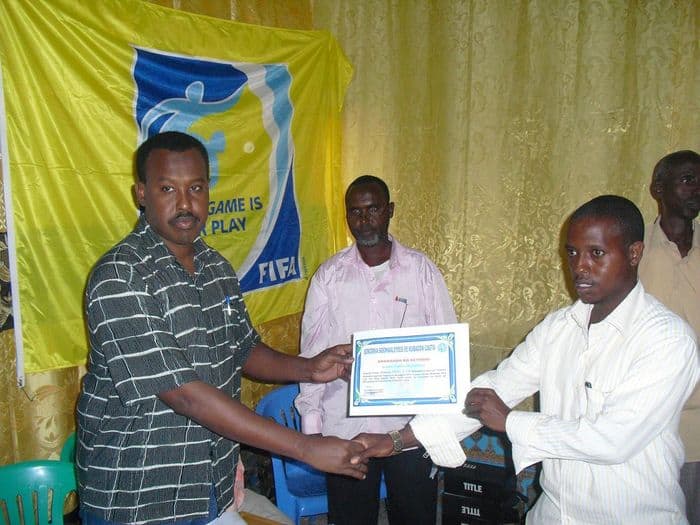 Somali Football Federation Secretary General Abdi Qani Said Arab who addressed at the conclusion of the ceremony first thanked GOD for the successful end to the schools tournament which was held in the insecure Mogadishu where it is more difficulty to organize such competition for children. 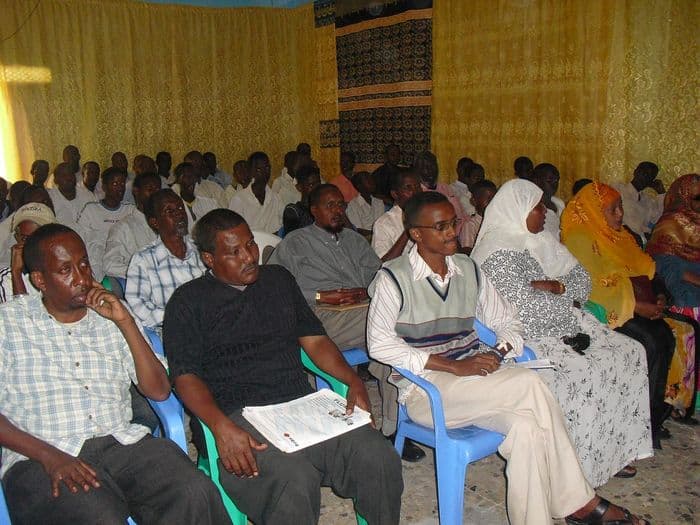 He said that the SFF will send technical experts to the schools which have fields in order to equip and repair the fields so that students may be able to train during break times, as participants of the ceremony welcomed the secretary’s remarks with applause. 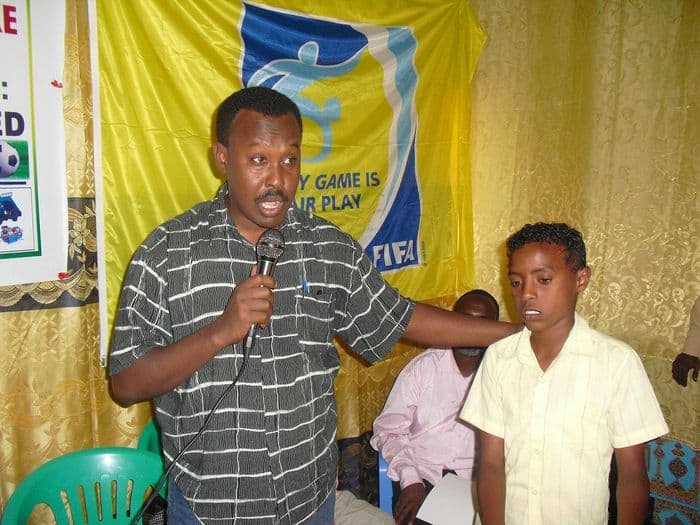 He said that the SFF has prepared talented coaches and drawn a special training program for the stars selected from the schools tournament who will take their training sessions on Thursdays and Friday (the Muslim weekends when they do not attend schools). 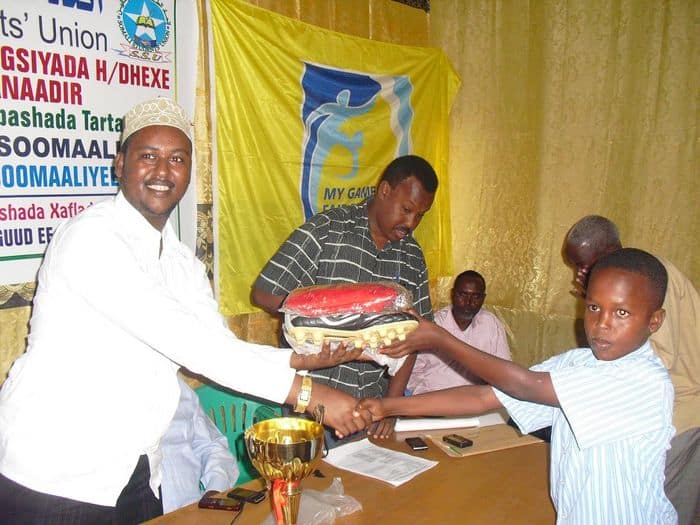 “Since football is the biggest sporting event in the whole world as well as in Somalia, building football programs in schools is a great priority for us, because it will help with the integration of school children throughout Somalia” Mr. Bule added.

“Today many mothers are happy with their children being rewarded as the top goal scorer, the first and the second best players of the tournament and we share the happiness with those mothers” Aisha said. 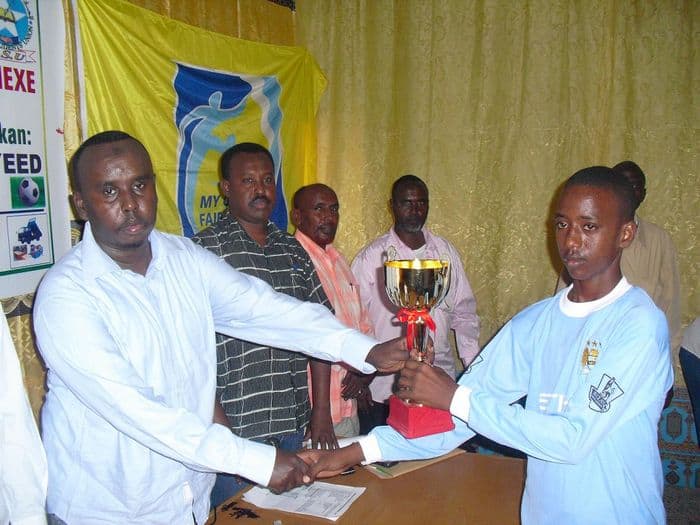 “We stand to work for our people and we will continue this job what ever it takes us” he said adding that the Somali Football Federation and the Students’ Union had agreed to redouble their cooperation in football development in schools” Mr. Mohamed Abdullahi Mahmoud added.

In conclusion, the Somali Football Boss, Mr. Said Mahmoud Nur announced the closure of the ceremony after he presented the first stage trophy to the captain of the Jaber Bin Hayan school team. The same school won last year in the soccer tournament held for high school students. 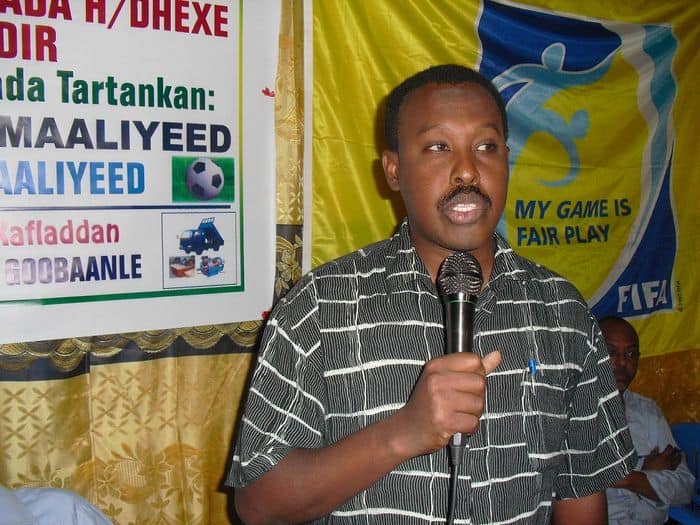 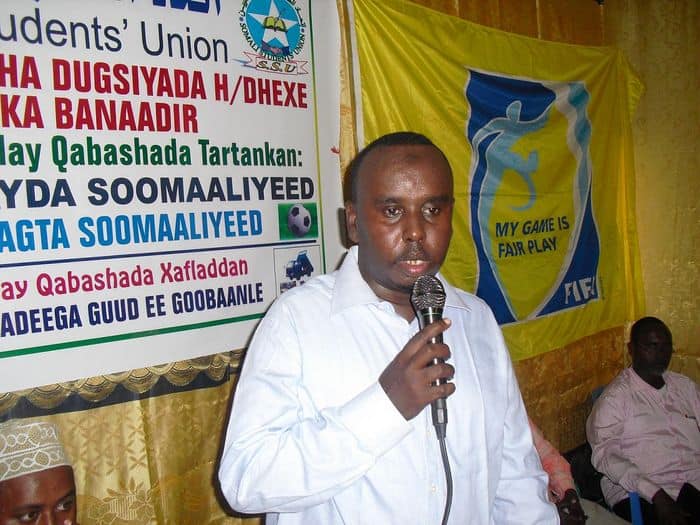 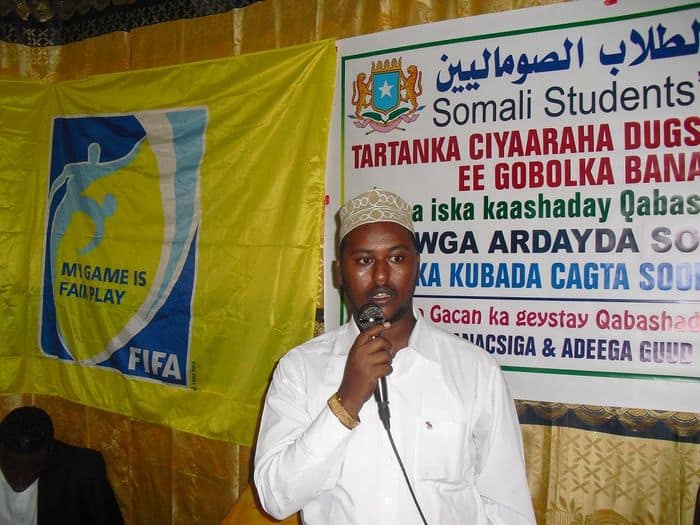 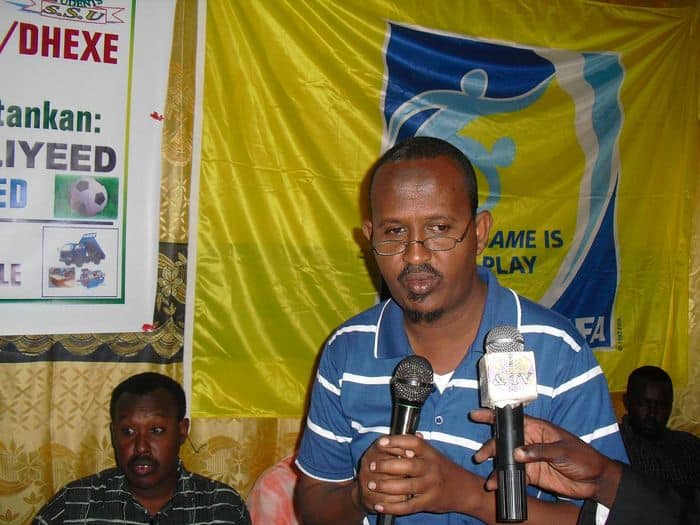 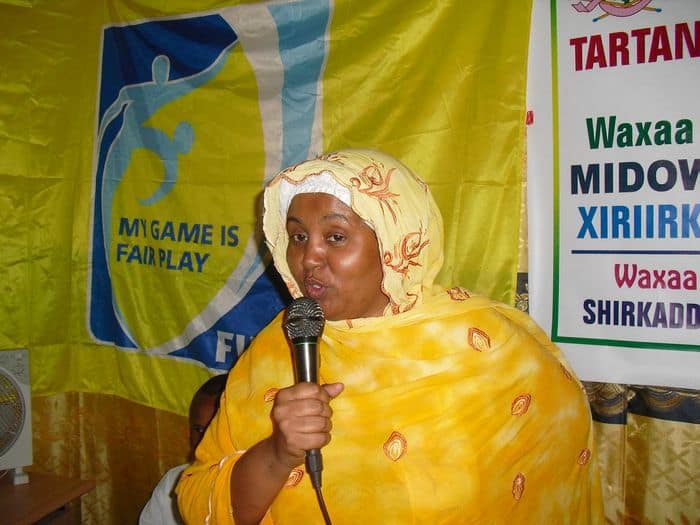