The first leg of the 2014 FIFA world cup qualifier clash between Somali and Ethiopian has ended in a goalless draw at the Guled Stadium in Djibouti on Saturday afternoon.

During the hotly-contested match each side has made many scoring attempts, but lost golden opportunities. 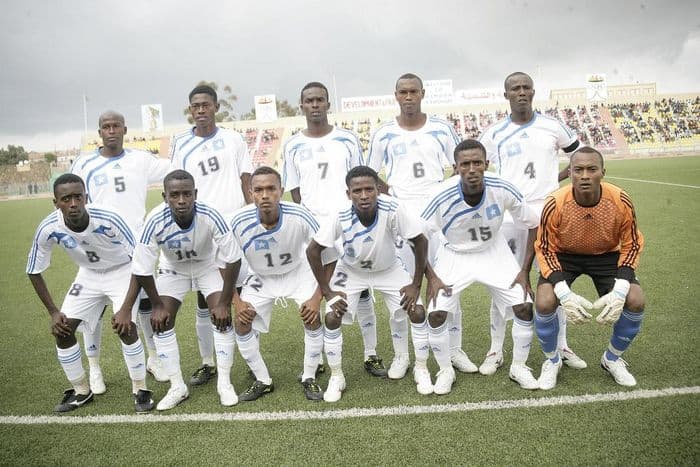 In Mogadishu streets, thousands of fans have watched while having small radios on their ears listening to what was being broadcasted live from Al-Hajji Hassan Guled Stadium in Djibouti.

However, the Somali National football team is due to travel to Addis Ababa on Sunday in preparations for the second match of the preliminary qualifying clashes which will be held in Addis Ababa on 15th of November.

Somali Football Federation used the neighboring Djibouti as its home country since it cannot host international matches in the country because of security reasons.