The 26th edition of Somali basketball men’s championship has successfully ended in Somali capital with Mogadishu port team winning the trophy after defeating the Somali police club rivals by 80-72 in the final match on Friday afternoon.

The tournament was highly participated and supported by Somali deputy Prime minister and minister for defense Hussein Arab Esse, the Somali NOC president and other key government ministers 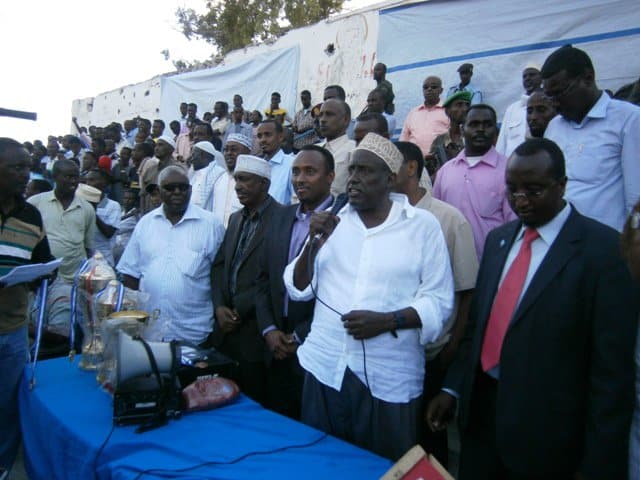 With a heavy security presence, a colorful conclusion ceremony was held at the 1st July basketball stadium where the tournament was under way for the past three months. The stadium was home to the Al-Qaeda in the east Africa region (Al-Shabaab) just before they were ousted out of the capital in August last year.

The President of Somali basketball Federation Ibrahim Hussein Ali who first addressed the closing ceremony said that the tournament started on 11th of November last year and the security was very high during the tournament.

“We faced no problems at all and we are very grateful to the security police for their role,” the basketball federation president said. 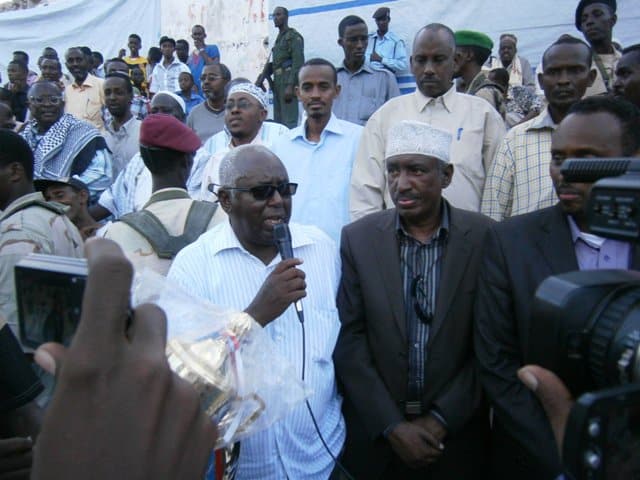 Somali National Olympic committee President Aden Hajji Yeberow added that Somali sporting family was happy with the successful start and the successful conclusion of the tournament.

“Mr. Deputy Prime minister I am very proud to welcome you here to close the tournament you opened for us just three months ago-your presence here is a huge governmental encouragement for the whole sporting people in Somalia,” the NOC president told the participants of closing ceremony before handing over the microphone to the youth and sports minister Mohamed Mohyaddin Sheik.

The minister said the continuation of sporting tournaments is a very cheerful matter for Somali government adding hat the government is committed to play its role in empowering youth through sports. 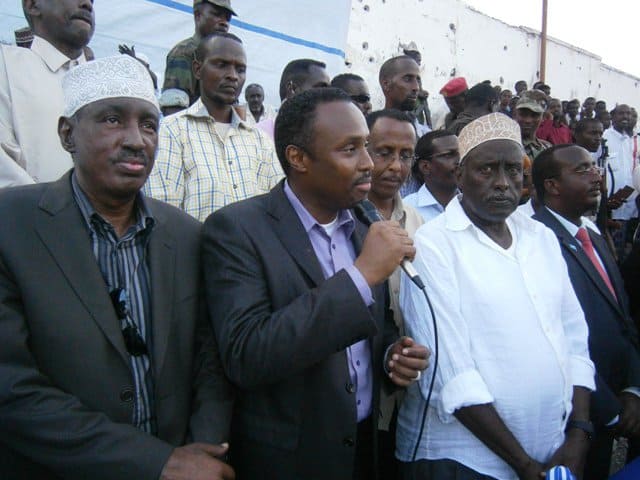 The minister for internal affairs Abdi Samad Moalim Mahmoud said for several years he didn’t see such game where thousands of people occupied the stadium to witness the game.

“This shows that peace is returning to the country because of the successful tournament we are now concluding,” the interior minister added and handed over the microphone to the deputy Prime minister who inaugurated the conclusion of the tournament.

“I would like to praise the Somali people for being sports-lovers. The Somali National Olympic committee and its member federations are praise worthy. We see that thousands of young people are coming here to play or watch tournaments instead of taking up guns or falling into other kinds of crimes,” the deputy PM and the minister for defense Hussein Arab Esse told the closing ceremony.

He also sent his congratulations to the Mogadishu port club and its fans for a job well done. 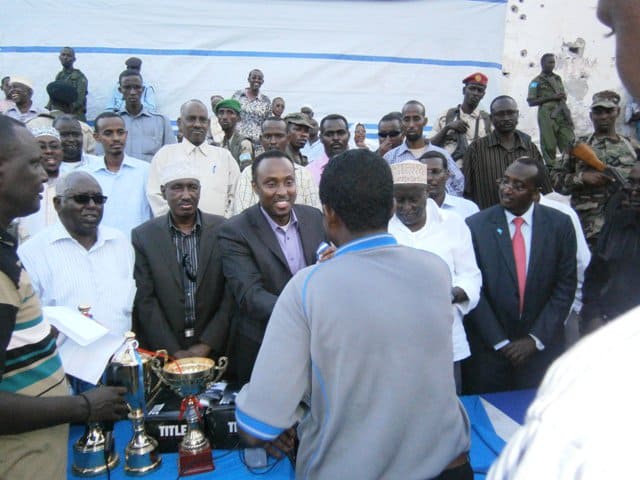 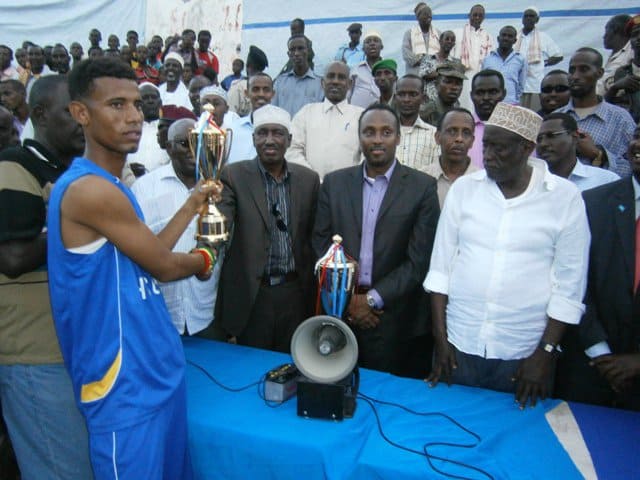 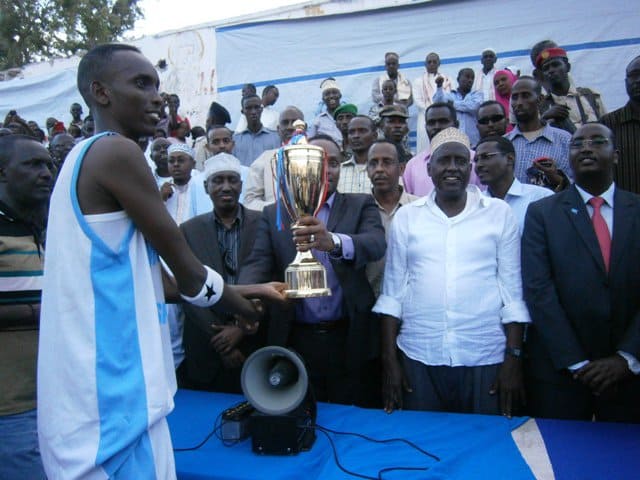 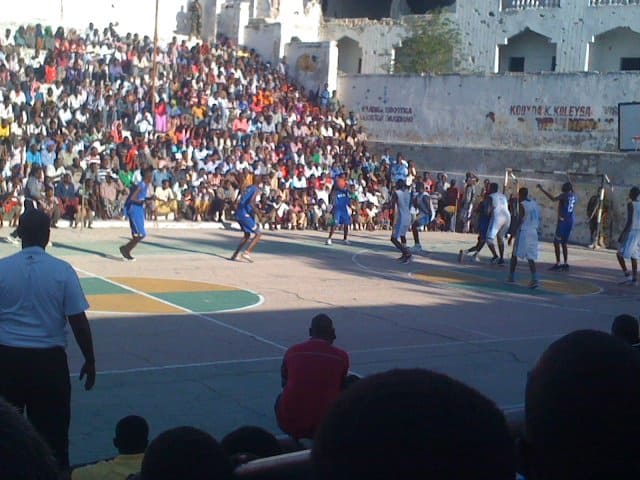 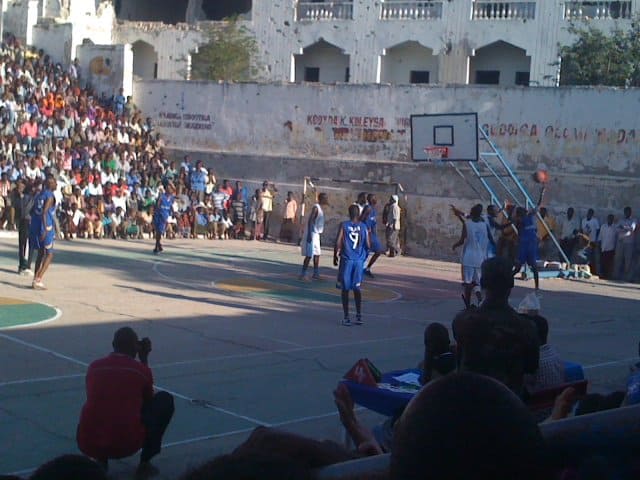