The courses are taking place in different venues in the city of Galkaio where the semiautonomous Somali regional state of Gal-Mudug hosted the Somali Football regional development courses. The courses will be participated by 80 individuals from four regions in the country which include 20 football administrators including women, 20 coaches and 40 future referees. 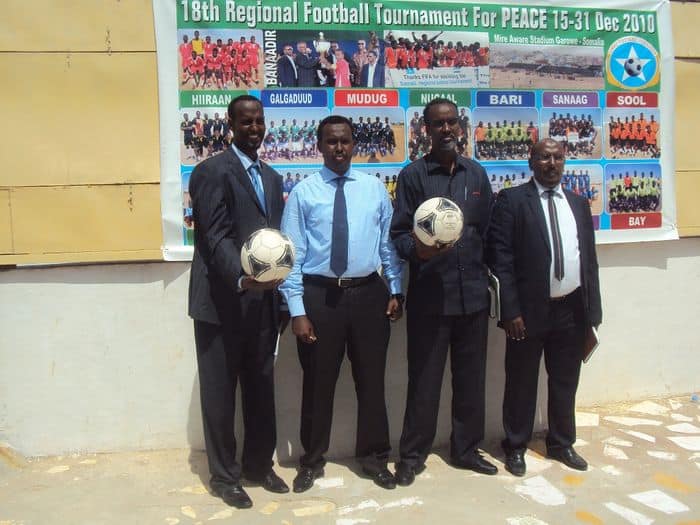 According to Somali Football Federation secretary General Abdi Qani Said Arab who addressed at the inaugural ceremony of the courses, it is that SFF will hold three different courses in one city.

He says the courses are also the start of 2012 regional development activities.

“On behalf of Somali Football federation I am grateful for the Gal-Mudug regional state for embracing the great responsibility of hosting the courses,” the secretary general said at the opening ceremony on Monday.

He said in 2007 Somali football Federation sent delegates to all regions across the country in a bid to assess the basic football needs in the regions. 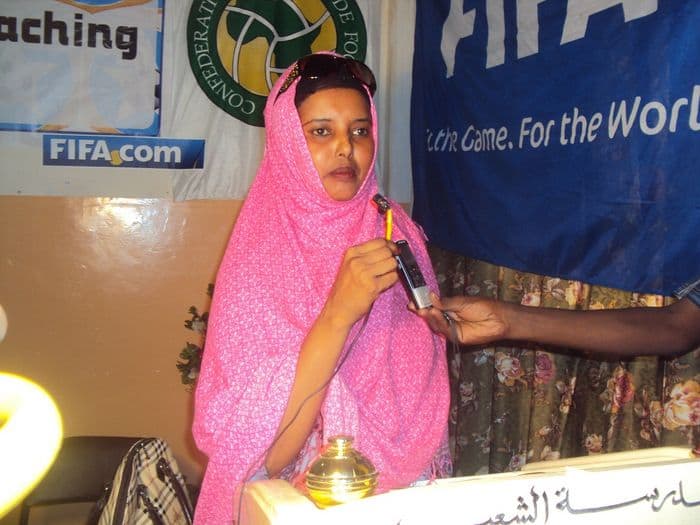 “The reports gathered by our delegations from the regions showed that the needs in Somali regions include lack of football facilities and low football knowledge. To address the problem, we are now going to build soccer stadium for the host city of Galkaio and other regions will follow,” the secretary General stated at the inaugural ceremony.

The manager of Hormuud Telecom Somalia in the region Abdullahi Tahliil told the ceremony that his company is the friend of Somali Football Federation and has in the past been involved in public affairs including a humanitarian campaign of fight against famine in Somalia. He added that it will strengthen its influence in Football.

“It is a great honor for Hormuud telecom Somalia to announce here in front of you for a free of charge telephone service for all participants in the courses to give them access to communicate with the relatives in regions outside Gal-Mudug state,” said Tahliil whose company is also assisting the Gal-Mudug regional state in terms of accommodation and meals of the 80 participants. 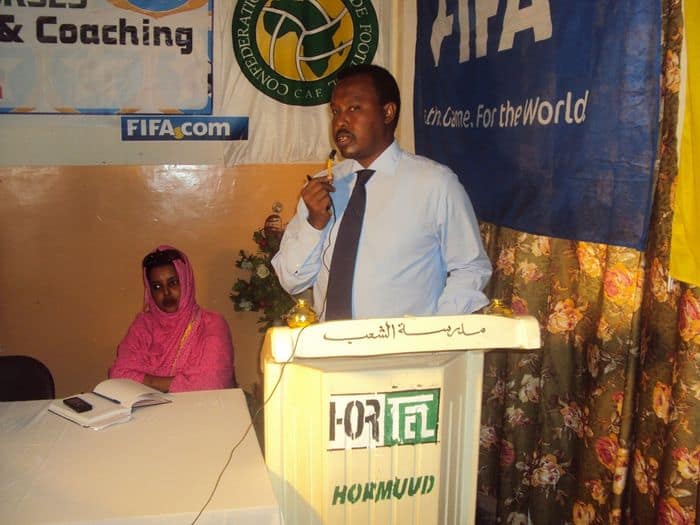 The Female Mayor of Galkaio Seinab Osman Hassan asked Somali Football Federation to continue launching the courses in the region in a bid to promote Football activities here. She is the sole female mayor in Somalia.

“Feel this city as your home city,” she told the trainees from other regions outside Gal-Mudug state.

She added that it was unforgettable pleasure for her to see her city hosting such big number of football delegates from far regions in the country.

“Today is a very great day, It marks the end of public segregation and division between some regions. The courses being held here are big steps taken for the right direction of creating friendship and integration between people in the participating regions,” added the regional state deputy sports minister Ahmed Basto.

Somali Football Federation deputy president for regional affairs Abdullahi Abow Hussein who addressed at the opening ceremony also praised the regional state for becoming the first organization to host development courses in the 2012. He added that development courses in regions will be held in every Somali region in accordance with the SFF annual work plans. 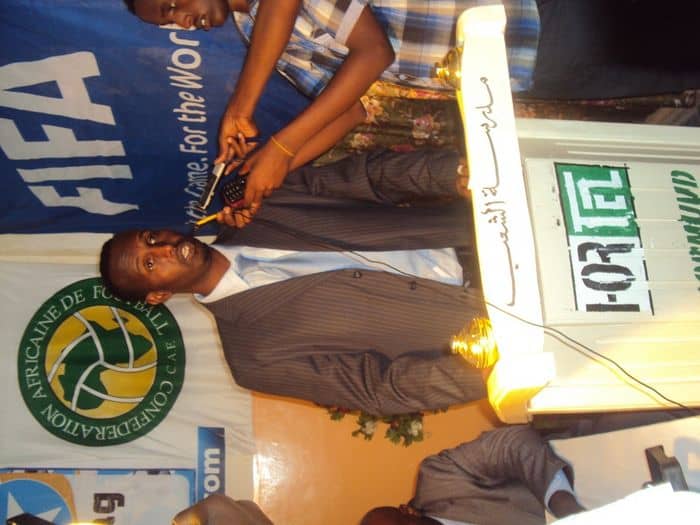 “We want you to deliver what you learn from here to other coaches, referees or administrators in your regions who haven’t got such golden chance to come here and learn here,” the deputy president told the trainees.

The regional sports minister Sadeq Dahir Mire added that sports [articularly football is the most important organ in the community which makes development easier. It creates love and integration between people of different areas and has nothing to do with color, religion or policy.

“Today no one can guess how happy I am because of our regional state hosting this big football event. We are thankful for the Somali Football Federation authorities for holding thethe development courses in our territory,” the regional youth and sports minister Sadeq Dahir Mire said.

The vice president said his administration and people were very grateful to Somali Football Federation for holding the courses and the building of a football facility in the region. 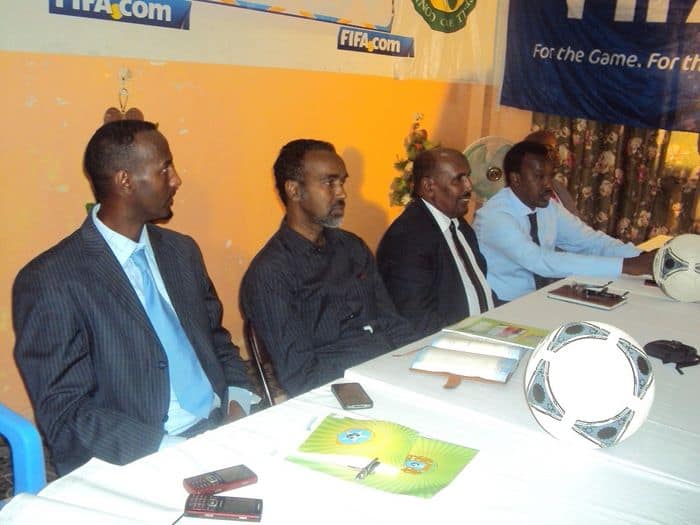 “It is true as the Somali Football Secretary General told earlier we had only a land space which we used as football field, but we praise the SFF for understanding our needs and the building of our football stadium is part of the SFF football development in regions,” he noted.

Somali Football Federation covered the transportations of delegates from regions, teaching materials, sporting materials and allowances of the 80 participants and 6 instructors. While the regional state is responsible for the full accommodation of trainees and SFF delegation, local transportation and security.

OBJECTIVES OF THE COURSES