Secretary General of the Somali Football Federation Abdi Qani Said Arab has been slightly wounded in a suicide attack which targeted Somali Students waiting for a Turkish scholarship on Tuesday. Nearly a hundred people mostly students were killed on the spot.

A suicide bomber driving a lorry with explosives blew himself up at the front gate of the compound of the Somali education ministry as hundreds of students were in lines for the Turkish scholarship.

Somali Football Federation authorities including the president Said Mahmoud Nur, his deputy Ali Said Guled Roble and Secretary General Abdi Qani Said Arab were in a meeting with Galmudug regional state representatives in the nearby Sahafi hotel when a large explosion rocked the whole area. 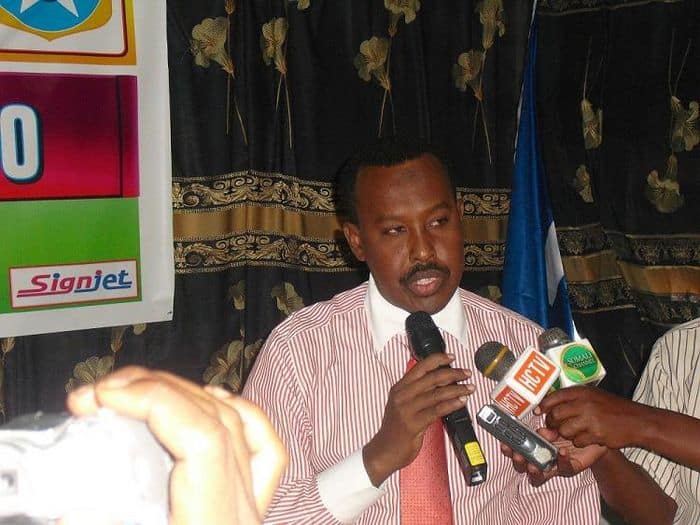 Both sides were disusing on some football development courses due to be held in the semiautonomous regional state by the end of the month.

“He is slightly wounded and his condition is very well-praise be to Allah,” Somali Football Federation President Said Mahmoud Nur told the media at Madina hospital in Mogadishu where the secretary general was admitted.

The Al-Qaeda-linked Al-shabaab militants in Somalia have claimed the responsibly for the brutal attack which is the second of its kind against Somali students since December 2009.