The veteran journalist was attacked and killed by young men armed with pistols and wearing high school uniforms as he was leaving home toward his office earlier in the day. The late Osman who served as Somali Tennis Federation Vice President for 8 years was one of the founding members of the Somali Sports Press Association in 1997. 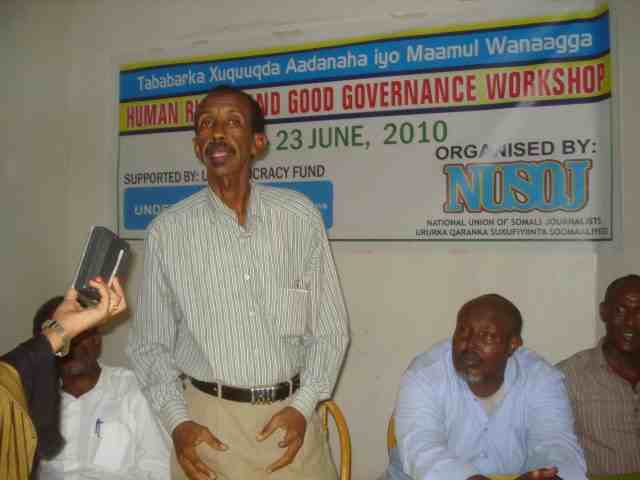 “This kind of killing is the job of the notorious Al-shabaab terrorists, but journalists and sports volunteers in Somalia are committed to continuing their professions” SSPA president Abdi Aziz Godah Barre said in his press statement Sunday.

“It is really a painful experience, every month we mourn for a colleague – Yusuf was a great man in the field of sports media whose remembrance will always remain in our minds,” the terrified SSPA President said in his statement.

The late Osman’s killing is the 8th of such assassination against journalists in Somalia since January this year. This shows that Somalia is still a dangerous place for journalists working in the lawless country.