The semiautonomous Somali regional state of Himan and Heeb is hosting the second edition of the 2012 regional football development courses for coaches and referees from different cities across the regional state.

According to SFF secretary General Abdi Qani Said Arab the development courses are part of the SFF campaign under the slogan of ‘spread football’ throughout Somali regions which has been under way for the past several years. 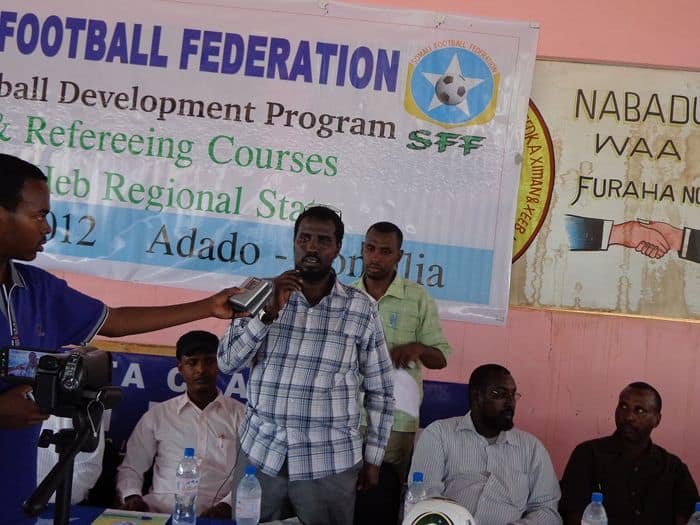 “Today our dream has come true as we opened development courses for 20 coaches and 20 referees who will benefit from these courses for the following five days, i.e.(30th Oct-3rd November 2012),” Somali Football Federation education officer and referee instructor Ali Mohamed Ahmed said at the opening ceremony.

Practical and theoretical lessons are being taken during the development courses.

The education officer Ali Mohamed Ahmed who spoke at the opening ceremony of the courses on Tuesday on the behalf of Somali Football Federation said he was very grateful to the Himan and Heeb regional state for the high level welcome and for hosting the development courses.

“The SFF had already decided to promote football in the territory of Somalia. This means the development courses will be spread throughout the country” education officer Ali Mohamed Ahmed told the opening ceremony. 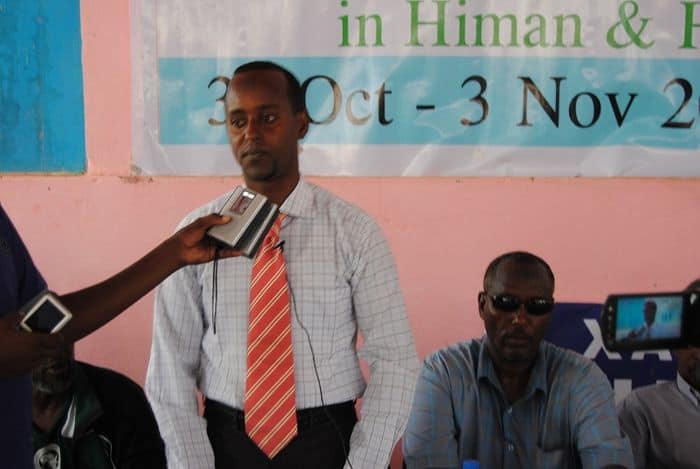 The minister underlined his administration was fully contented with such efforts by the Somali Football Federation to train football officials in his region.

The courses are part of the development programs Somali Football Federation has set as its action plan for the year 2012 whereby the SFF is planning to organize the inter-regional football tournament for peace and development by the end of December this year. 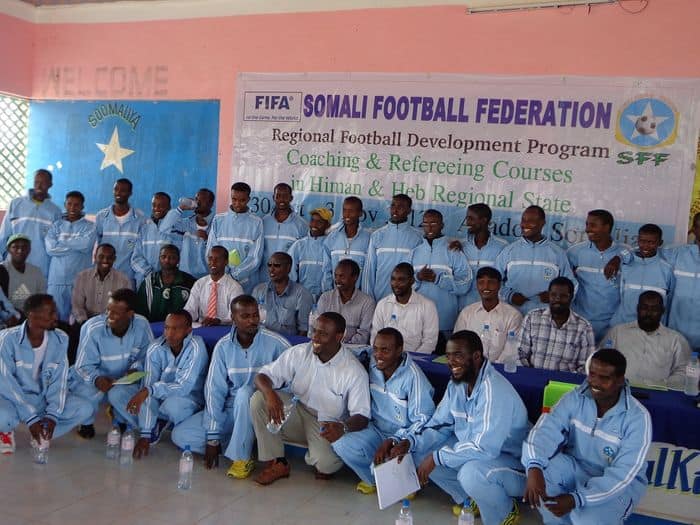 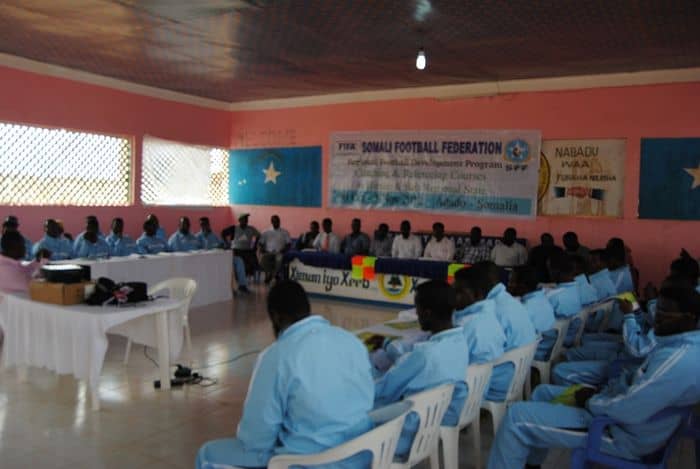