At least 28 young Somali Football coaches have gathered for a 12-day youth coaching course in Mogadishu.

The coaching course is part of the Somali Football Federation’s policy to train young coaches for future football development in the country.

A highly-arranged ceremony to mark the opening of the course was held at the centre of Somali Students’ Union which is a partner of Somali Football Federation in terms of schools football competitions. 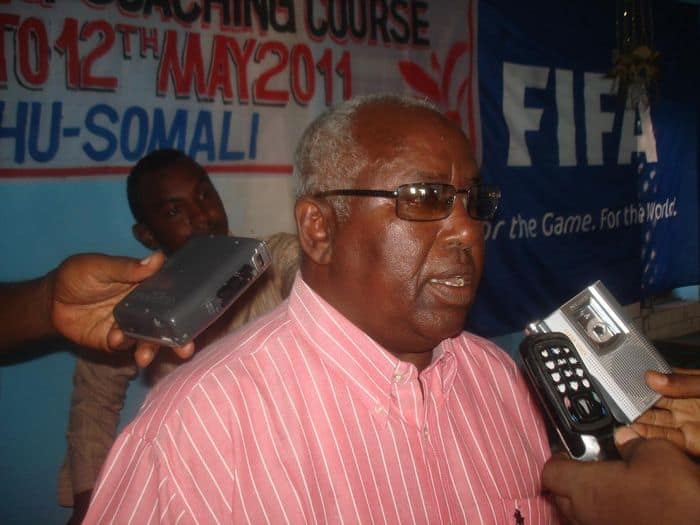 Somali Football Federation Deputy Secretary General Hassan Mohamed Mahmoud who addressed the participants of the coaching course said that his federation has been working to hold such course for the past three months.

“We have 28 young coaches from different regions across the country. This is the first course for youth coaches ever held in Somalia. We hope that more other local and international courses will follow,” Mr. Hassan said. 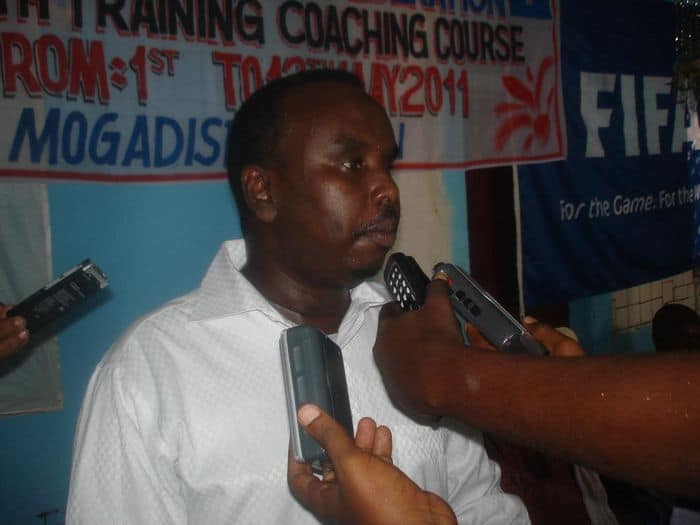 “When this course ends there will be theory and practical examinations and those who pass in the examinations will have the chance to take part in international level coaching course in Djibouti next month,” the Somali Football Federation president told the young coaches.

Mr. Nur said that such course will be held once in every six months to upgrade football progress in Somalia.

“The Somali Football family is very grateful to the world’s highest football governing body FIFA for its continued assistance to Somalia. With the constant assistance from FIFA, we have succeeded to revive and develop Somali Football,” the president noted. 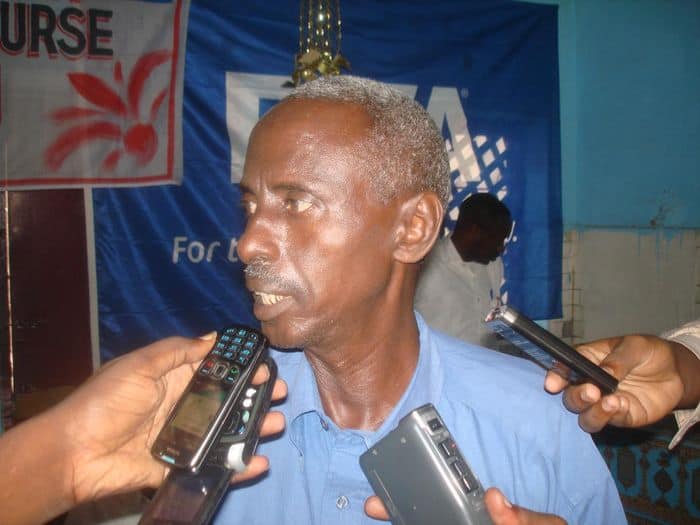 The NOC president Aden Hajji Yeberow also noted that for the past several years, the Somali Football stepped into a very tangible progress.

“On behalf of Somali NOC, I am happy with the successive activities spearheaded by the Somali Football Federation including the 2010-2011 first division soccer championship which ended in Mogadishu last week. Last year’s regional football tournament for peace and development is also commendable,” the NOC president stated.

He said that since he was elected as Somali NOC president on 18th of March 2009, the NOC and its federations have revived the presence of Somali sports.

The 12-day long course was conducted by CAF and national course instructor Awil Ismail Mohamed. He is the senior coaching instructor in Somalia. 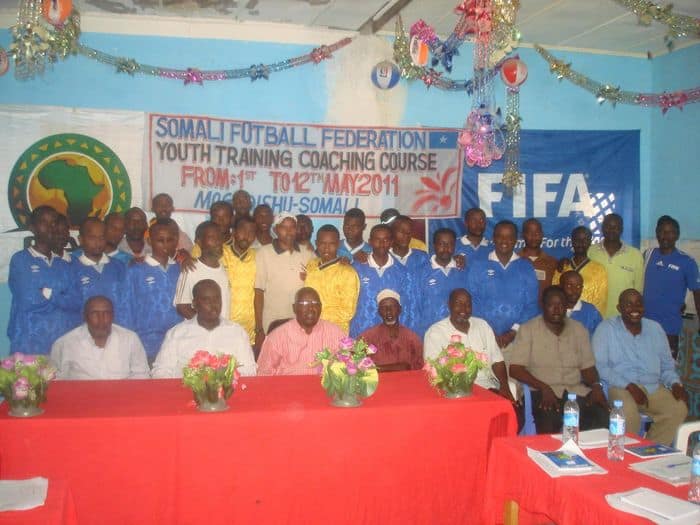 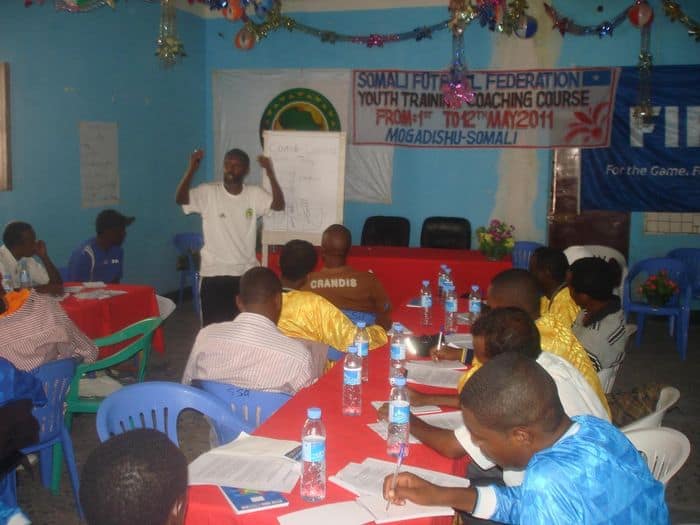