Alshabaab Or UGUS Can Lead You To Death Or Punishment

In the past week, the government of Somalia banned journalists from using the word Alshabaab in their news stories, when referring to the armed group fighting the government. The government, wanting to make a point about the armed group, has instead ordered media to refer to the group as UGUS. UGUS means literally “the group that massacres the Somali people.”

In response to this, Alshabaab has threatened to take stiff action against any Journalist or media that implements the government order.

As noted in the earlier story, the government has previously arrested journalists and shut down Radio stations on accusations of endangering national security.

In this case the sword can be much more mighty than the pen.

1. Please talk about the new media restrictions by the Somali government

The Chariman, Mr.Hassan There have been a lot of media restrictions in Somalia because there is no total free media in the country. The most recent by the authorities calling on media houses and Journalists to stop using the word “Alshabaab” and replace it with “UGUS” meaning “the group that massacres Somali nation” is the most challenging we have come across so far.

It is very unfortunate that the security department led by National Intelligence and Security Agency (NISA) has renewed the restriction the same very day the world was marking World Press Freedom Day in front of the same Journalists hunted.

2. Are you not in support of changing the name if it is something to do with security? 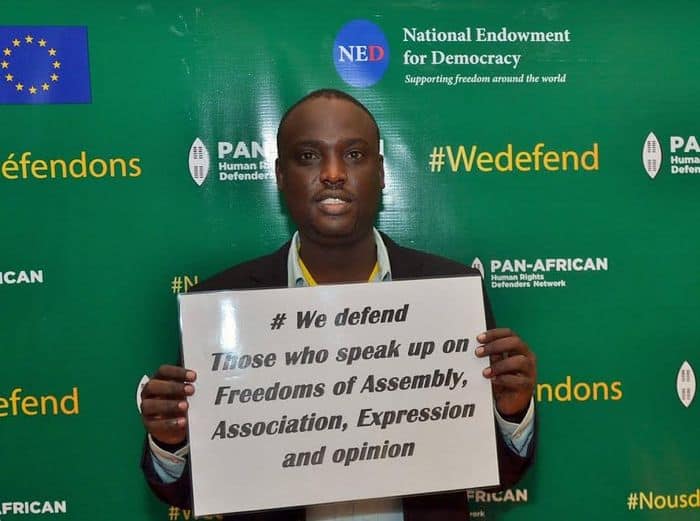 The Chairman: We are first to help the government in the efforts of returning peace, security and stability in our country.

We believe that the government should consult the representatives of the Journalists and Media Houses in the country when taking security steps that directly involves the media because Journalists are killed almost every day and the measures taken by the government to address their security are not enough.

For instance, after the government order on the new move to stop the use of the word “Alshabaab” in their news stories, the armed group Alshabaab threatened to deal harshly with any Journalists or media company that implements the government order, so you can understand the dilemma we are facing.

3. What is the role of Somali media in establishing peace and stability?

The Chairman: The role of the Somali media in peace building has been very clear from the start though there has been some isolated cases where some media, mainly those in the remote part of our country were influenced by tribal allegiance factors.

Some Journalists have simply lost their lives for speaking out about unnecessary violence and corruption, others detained and some radio stations closed down but we still believe that media is a key area in the reconciliation and peace building process in our nation which was affected by decades of civil war.

The government on the other hand should take the media as a partner in peace building, and not as an enemy within, like terror organizations.

4. Some people claim lack of unity and division among various bodies representing Somali media and Journalists is attributed to government behavior.

The Chairman: To my knowledge there is no division between the organizations representing Somali Journalists, I believe Somali Journalists and Media are united and strong more than ever before because their interest is one, and that is free media.

5. Why do you think unlimited free media is important despite the security challenges linked to freedom of speech that government should deal with?

The Chairman: Free media has always been crucial to good governance and I don’t think in any way that limiting freedom of the press will help make Somalia more secure and peaceful.

As I have said before, the media is ready to cooperate with relevant government institutions on rebuilding and peace in our country.

That is what we have been doing and we believe it is our fundamental responsibility as citizens of this country.

6. Where do you stand in the fight between internationally backed government and the armed group Alshabaab?

The Chairman: The role of the media is always impartial and neutral and that is what we are trying to do.

We are neither pro government nor pro Alshabaab, we stand in the middle but there is always suspicion from both sides that the media is on the other side.

Somali media is here to cover and tell the outside world about the real news stories on the ground without fear and favor and thus we stand in the middle.

Status Of The Armed Group

Alshabaab still has approximately 7,000 active members, according to recent estimates, and is in a state of operational readiness, with its chain of command intact. They also have discipline, and communication and military capabilities.

For these reasons, Alshabaab remains a constant threat throughout Somalia. They have proven to be capable of carrying out high profile and coordinated attacks, either in the capital or in neighboring countries.

The interview part of this story is also published in Somalicurrent and Dalsan-Radio-Website.