The Somali national Olympic committee has successfully concluded the Daimler Cup at the new OlympAfrica center in Garowe the provincial capital of Somalia’s north eastern semi-autonomous state of Puntland.

It was the first time in history that Somalia holds the Daimler cup, according to the Somali National Olympic committee senior vice president for international relations Duran Ahmed Farah. 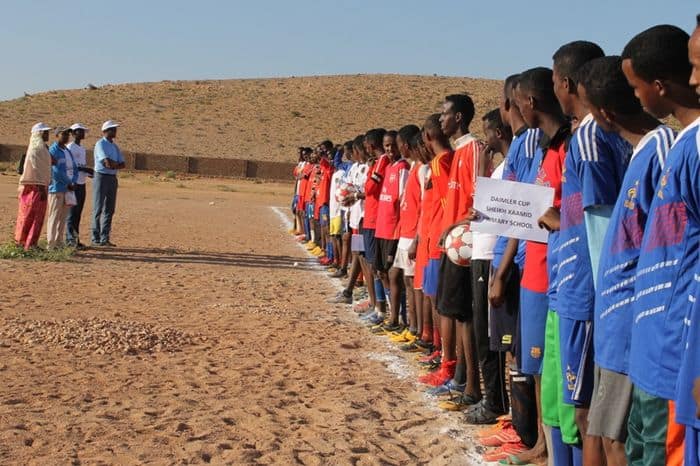 Mr. Farah said the three-week sporting competitions assembled school boys from 15 schools in the city of Garwe and surrounding areas that competed in basketball and football events.

“The Daimler cup is an annual event that is held at every OlympAfrica center around the continent and in Somalia. The construction of this center is in the final stage and we are going to launch it in few weeks time,” Somali NOC senior vice president for international relations told the media on Saturday.

He said that despite lack of adequate sporting equipment and financial problems, the Somali NOC and the director of the OlympAfrica center in Somalia Mr. Mohamed Abdulkader were able to spearhead a successful Daimler cup. 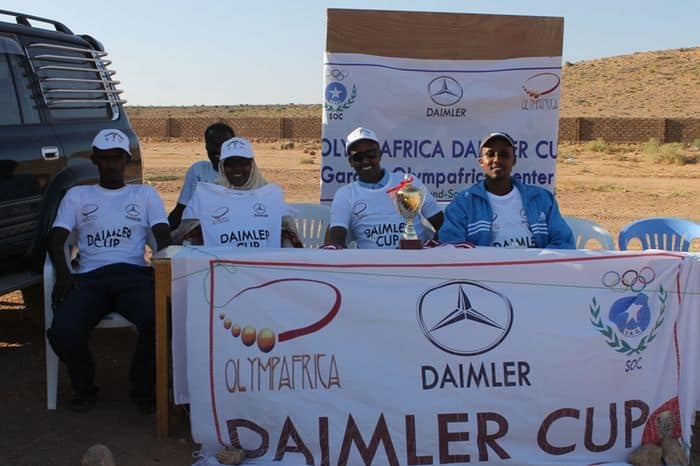 “We have confirmed the implementation of the 2011 Daimler cup in Somalia and we will hold it by the end of every year as scheduled,” he said adding that the event was part of the Somali NOC strategy plan for grassroots development across the country.

Football is the most populous sporting event in the world and in Somalia too school boys from Nawawi and Sheik Hamid schools competed in the final match which was a hotly-contested game.

The final match ended in 1-1 in the usual 90 minute period in the football match. However, the Nawawi schools boys successfully defeated their Sheik Hamid rivals by 5-4 in penalties. 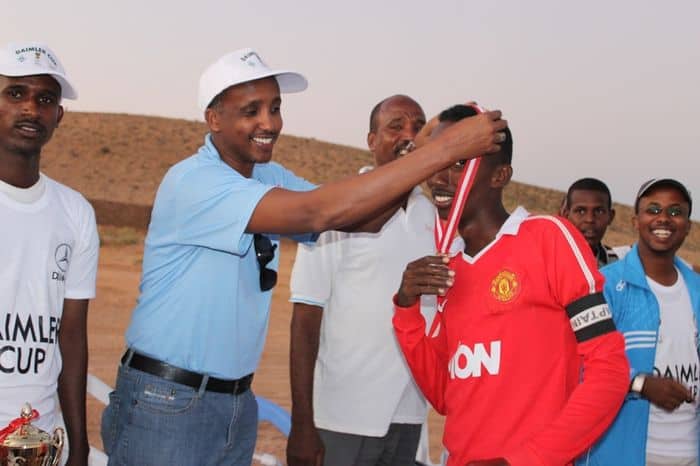 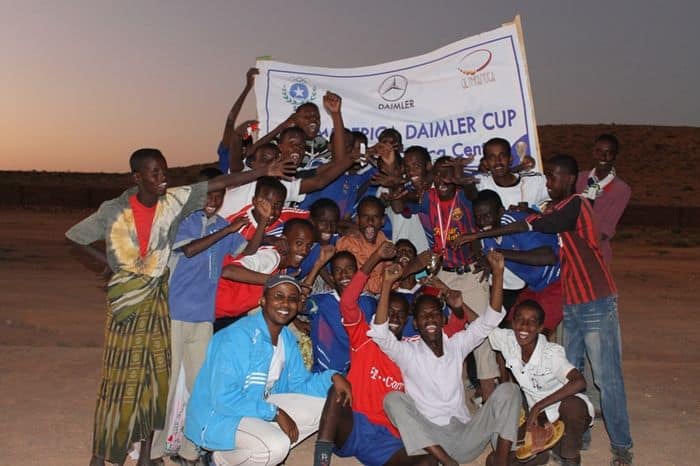