Some call it Niqab and some call it Burqa. It is the full head to toe cover that Muslim women wear. There is no requirement in the Koran to wear this full cover. It is the Muslim men who coerce women to do so.

Some months ago, I read in an Arabic Language News Website that the police arrested a number of men disguised themselves as women to commit crimes. I also read somewhere else that in Iraq a man wore the Niqab to mingle with girls to commit indecent acts. In the UK last year two Somali terrorist suspects both men left the UK by wearing the Niqab and fled the country. Nobody at the airport dared asking them to reveal their faces. In Iraq the Niqab was used by women to smuggle weapons and explosives. In Europe the black dress was used to hide illegal drugs and to conceal immoral activities. There are many similar stories. In this article I would like to explain two other motives for wearing the NIQAB. 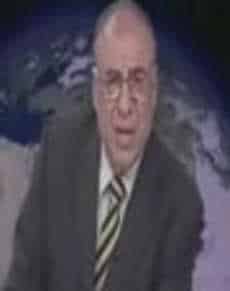 Last autumn and during the furore surrounding the French proposal to ban Al-Niqab in France, an Iraqi friend told me that the Burqa (Niqab) has been a blessing in disguise in Iraq. I asked how and why? She said it costs too much money for the impoverished Iraqi women to visit the hair-dresser. It also costs lot of money to buy make-up for the face. For women and girls with very limited cash, to look beautiful and desirable is an expensive business. So the Niqab helped to alleviate the problem by hiding it. A woman feels safer covered from head to toe.

Back in the 1990s an Iranian contact said to me that the Niqab was a God given solution to old and ugly women. I said; how come? He said the Niqab provides the perfect cover behind which unattractive Iranian women hide their faces. But, I said, how a man is to know that the woman behind the veil is attractive or not. He said this is precisely the point. No one would know, so the older unattractive woman feels protected and besides, men assume she is beautiful and this makes her feel good. This must be frustrating for pretty females and comforting for their less attractive sisters.

But how can we justify the sight of an Arab lady walking in a busy London street in the summer months when temperature could reach above 35 deg c. She walks heavily in an awkward style, wrapped in a mobile black tent. She must feel terribly uncomfortable. Her husband walks proudly in front of her like a peacock masquerading as a body-guard. He is not holding her hand or whispering sweet nothings in her ear. But he is busy eyeing the English girls who are scantily clad in summer dresses displaying a lot of flesh in the process.

Of course women have the right to choose what to wear and not to wear. But is this true?

On a visit to Jordan some years ago, I heard a young lady saying that she had to wear the Hijab (head cover), not out of choice but due to family influence. Pressure was exerted on her by her father, brother and husband. The father was influenced by his peers in the local mosque. Another girl admitted that she had felt that she was the odd one out by not wearing the Hijab, as most women around her wore the Hijab and she felt obliged to go along. By wearing the Hijab she avoided being ostracized by her neighbours and relatives. Jordan is still a free and tolerant society compared with other countries. Let us hope it stays that way.