Attorneys for Casey Anthony plans to take a page out of the Sam Shepard case when they spoke with Meredith Vierra on The Today Show Friday morning. Linda Kenney Baden, an expert in forensic science, and lead attorney Jose Baez are out to prove that their client didn’t kill her two-year-old daughter Caylee last summer, and that someone else killed her — just like someone else killed Shepard, who was convicted of the crime in 1955 after authorities refused to believed that “a bushy-haired” individual was the real culprit.

His case was the inspiration for the classic TV series The Fugitive (1963-67), about a doctor on the run searching for the One-Armed Man that framed him for his wife’s murder. The series then made onto the big screen in 1993 starring action hero Harrison Ford, followed a short-lived remake series in the fall of 2000 starring future Private Practice doc Tim Daly. Like Dr. Richard Kimble, Shepard was vindicated when his conviction was overturned in 1966.

Both Baden and Baez didn’t reveal much information to Meredith on Today about their defense, but they believe that their client is innocent and are going to prove that not by the media nor the public but in a court of law. “Everyone has to wait” Baden stated. “You have to stop saying somebody is guilty, you have to stop saying people are bad. Stop the personal attacks. At the trial, you will find out.”

Anthony’s trial is set for November. 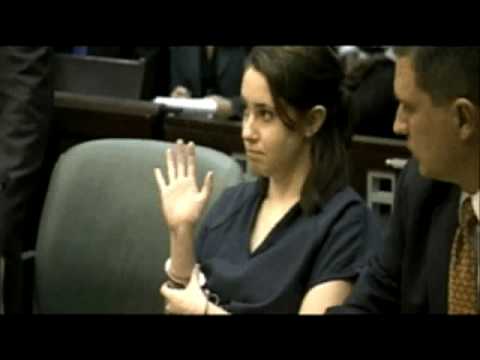