NewsBlaze News
Home USA Women In The News Nationwide Man Hunt Underway for Arthur Morgan III For Murder of His...

Atlantic City NJ: The FBI issued a crime alert for the arrest of Arthur Morgan III on a murder charge in the death of his 2-year-old Daughter Tierra.

The FBI alleges that Arthur Morgan did the unthinkable and even the imaginable, by strapping his 2 year old daughter into her car seat then threw her in the river during his visitation. 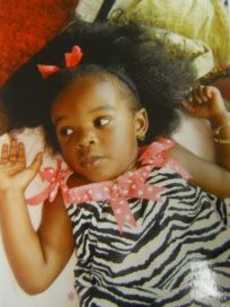 How anyone could harm his or her own child is beyond normal human comprehension.

FBI reports that Arthur Morgan III has ties to California and Texas. Here is the photo provided. He is described, according to the FBI as having a tattoo on his left hand, and on both arms. He is 5’6″ to 5’8″ tall with a bald head.

Let’s bring this guy to justice for Tierra.

Please comment below show your love and support for Little Tierra and her family.

Contact your local police or 911 if you have information as to the whereabouts of Arthur Morgan III.