Hollywood’s legendary beauty Elizabeth Taylor has passed away today at age 79 in Los Angeles. Taylor was suffering from heart disease and had cardiac arrest at 1:28 AM at Cedars-Sinai Medical Center in Los Angeles.

Considered as one of the greatest Golden Age actresses of Hollywood, Elizabeth Taylor was born an American family living in London, UK, in 1932. Her family moved back to America around the beginning of World War II. Taylor stepped into movies with a child role in the 1943 MGM film “Lassie Come Home.” And then, she almost suddenly rose to stardom in 1944 with MGM’s “National Velvet,” leading her ahead into a series of teenage/adolescent roles. 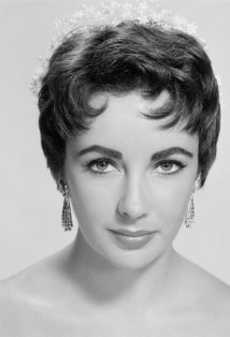 While she was still 16, Taylor stunned audiences in her first adult role in the 1949 hit “The Conspirator,” a British thriller by director Victor Saville. But it was the 1951 drama film “A Place” in the Sun that established Taylor as an accomplished actress in adult roles. Since then, Taylor became a necessary presence on the big screen. Where there was to be a choice for playing the charming, the beautiful, the exuberant – Taylor was the first choice of filmmakers.

Her memorable role as Queen Cleopatra came in “Cleopatra” (1963), one of the biggest-budget films of that time. The film earned a lot but was a disaster to its creators who had spent lavishly beyond all bounds on the costs of the film. For Taylor, it was also the beginning of another real-life romance with her would-be husband Richard Burton, her co-star in the film. Elizabeth Taylor had, by now, become the highest paid actress of the Hollywood.

Taylor married eight times, to 7 different men in her life; marrying Richard Burton twice. She was widowed only once, divorced in all the other cases. She had two sons and two daughters, and a total of 9 grandchildren.

In 2004, Taylor was diagnosed with congestive heart disease. For this, she underwent treatment a number of times, till March 23, 2011 when she breathed her last due to heart failure. At the time of death, she was surrounded by her children.

With Taylors’ death, another living legend of Hollywood has come to an end. But the beauty and sense of artistic excellence Elizabeth Taylor has left behind will not be forgotten anywhere soon.