President Trump’s latest approval numbers from Gallup are the best since May, 2017. It would appear the media-induced Stormy Daniels scandal is doing little to discourage Americans from approving of the president’s overall performance. As Trump ratings soar, the left’s cable networks are in a death spiral.

It is interesting to note that at the same time Trump’s approval ratings are going up, CNN is plunging in viewership at an alarming rate. The network’s obsession with the media-driven Daniels controversy has apparently turned off its viewers.

CNN has interviewed Ms. Daniel’s attorney a total of 59 times. In that span, the network averaged 1.12 million total viewers in 2018, behind both Fox News and MSNBC. For May alone, viewership is down an incredible 23 percent.

Gallup noted the president’s job performance approval rating had not been 42 percent since early May, 2017. Trump’s highest approval rating came within the first ten days in office at 45 percent. 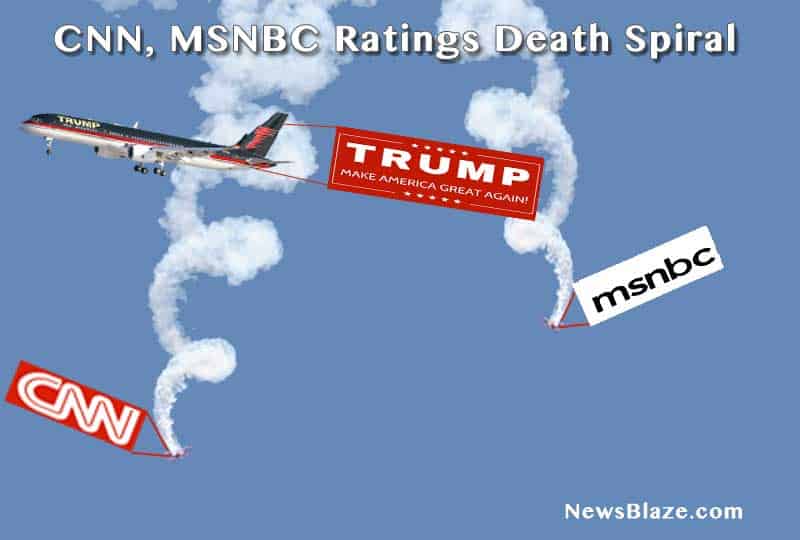 It is interesting to note that media hostile to the president focus mostly on independent counsel Robert Mueller’s investigation into Russian collusion and the payments made by Trump lawyer Michael Cohen to adult film actress Stormy Daniels. There is very little on North Korea’s willingness to accept restrictions on its nuclear program or the U.S. unemployment rate dropping to its lowest level in 18 years.

Those positive stories would conflict with the media’s narrative that Trump is a bad president. Many more of the American people are waking up to the realization of one-sided news coverage and the obvious emergence of a possibly great president.

Trump’s approval ratings among every party have increased, even Democrats, though Republicans remain by far the most supportive. Gallup polled 1,507 adults in all 50 states by phone from April 30 to May 6, with a margin of error of +/- 3 percentage points.

While this ratings/approval business plays out with the American people, Fox News has been number one presenting cable news in prime time with an average of 2.24 million viewers and first place among key adults in the 25-54 demographic. MSNBC was second at 1.69 million and CNN third at 1.12 million.

It would appear that viewers have grown tired of partial news from the Trump-hating networks of MSNBC and CNN. Watching those two opinion-driven “news” channels, one would think Stormy Daniels is the biggest story, not the possible denuclearization of the Korean Peninsula or a host of other hard news items.

Lower ratings mean lower advertising revenue for cable channels. How long can the management at CNN and MSNBC justify their pandering to the far left at the expense of the news enterprises they represent? Apparently, they have deep pockets.