Tlaib and Omar are in fact the first female Muslims elected to Congress. For some that is a big deal. But the three highly controversial women find themselves often walking back ludicrous statements with fact-checkers. They also rankle party leadership fearful of their exposure that could lead to voter disapproval.

Ocasio-Cortez, the 29-year-old far left liberal defeated the moderate incumbent in a New York Democratic primary last summer. Then she coasted to victory in November in a heavily Democrat district. Since then she has used her national platform to advocate for Democratic socialist priorities. 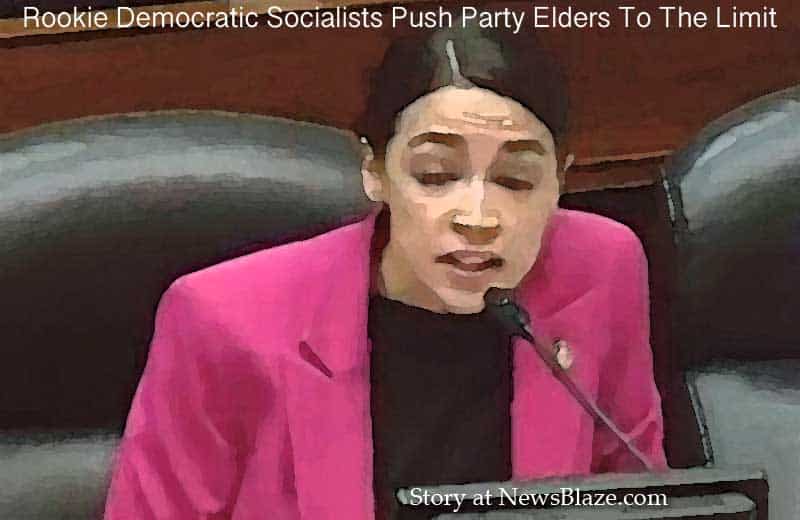 She has also made dubious claims, including saying “the world is gonna end in 12 years if we don’t address climate change.” Huh?

She has been a thorn in the side of Democratic leadership. Ocasio-Cortez signaled she’s interested in being a team player, teaching a class to Democratic members about how to use Twitter, but is it too little too late?

Then there is Omar of Minnesota. She has gotten herself into numerous controversies since her election for inflammatory comments about Republicans. Not long ago she tweeted about the Covington Catholic student controversy. Her comments created a storm of controversy accusing her of distorting the facts of the case.

She followed that up days later by accusing President Trump of backing “a coup” in Venezuela to “install a far-right opposition.” Huh?

Omar even asked a judge to show leniency for a group of Minnesota men accused of trying to join the Islamic State terror group.

Then there is Rep. Tlaib. She found herself in in the media spotlight using profanity-filled language in her call to impeach the president. That was the rookie’s first day in office. She exclaimed in a widely circulated video, “People love you and you win, and when your son looks at you and says, ‘Momma, look you won. Bullies don’t win.’ And I said, ‘Baby, they don’t, because we’re gonna go in there and we’re gonna impeach the motherf–ker.'”

Tlaib answered the critics by saying, “What I can tell you is I am a person that is authentically me. I’m very passionate about fighting for all of us, and the use of that language, you know, was a teachable moment for me.”

These freshmen women are worrying the Democratic leadership who fear their radical tendencies could backfire with the party’s base. Missouri Rep. Emanuel Cleaver told Politico, “We just don’t need sniping in our Democratic Caucus.”