But should this cheerleading be encouraged by the Democrats themselves? Since the shocking loss to Donald Trump last November, the party has become the resistance movement of no. Not unlike the Republicans they publicly ridiculed during Obama’s early days in the White House, the compliant media cannot find anything positive about Donald Trump and the left mirrors that “torch and rope” philosophy.

Are they painting themselves into a political ideology that is doomed to failure? The left wing media won’t tell you that, but the mood of the country will. America is tilting more conservative these days and the hysterical and often-times silly irrationality of the left is invoking deep concern with more moderate and level-headed Democrats.

The scorched earth policies of Senate Minority Leader Chuck Schumer are not sitting well with a majority of the party who see all the negativity leading to a presidential candidate in 2020 that will be electable to about 20 percent of the Democratic Party as a whole. Is the far left creating a George McGovern to take on incumbent Donald Trump?

The actions of the left speak volumes of their strategy. In the past few weeks the country has seen the DNC Chairman Mike Perez sail off the deep end in public speeches using profane language with children present. Not to be outdone, the junior senator from New York even invoked the F bomb twice in public speeches.

It may be agreeable behavior for a desperate group of liberals trying to find a message, but to the majority of Americans, it is still offensive language reserved for golf courses and bars. It would appear there is no set agenda and no focus on how to turn around a party that has lost substantial power in the national and state office stratosphere.

Here comes far left Elizabeth Warren chewing up the political scenery. She is a big hit among the college crowd and political elites. Not so much in Middle America or among moderate Democrats who fear a party takeover by the left rabble-rousers. Like the school teacher she is, the lectures on proper political correctness in America abound from her lips. Her office may tell us she is “focused” on her Senate reelection bid, but is that the truth? 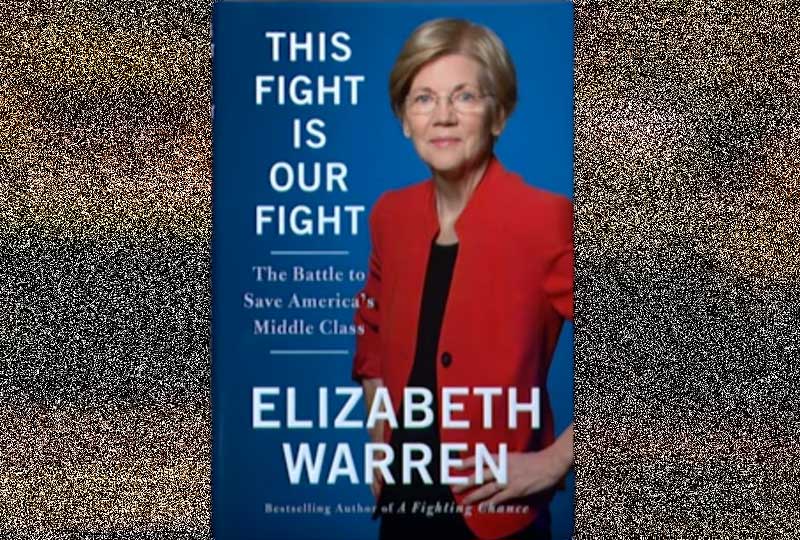 The reality is she has the public schedule of a future presidential candidate. She is all over the map and that means out of her home state. She’s with the NAACP in Detroit, a keynote address to an annual gala held by EMILY’s List for female candidates who support abortion rights and raising $5.2 million in the first quarter for 2017.

That’s more than any other member of the Senate, by far. Don’t forget her new book, “This Fight is our Fight,” which she touts as being about the battle to save the middle class. It sounds like somebody is running for president.

She has held four town hall-type events in the past six weeks, and conducted lengthy interviews with left wing compliants like talk show host Charlie Rose and New Yorker editor David Remnick. That should be a very bi-partisan chat session. Oh, and in an interview with MSNBC’s Rachel Maddow on Wednesday, Warren said she was not running for president in 2020.

The 67-year-old former Harvard Law Professor hired Kristen Orthman last month to join her political operation. Orthman served as a senior advisor to former Senate Democratic Leader Harry Reid (Nev.), who has urged Warren to run for president. Oh God, does anyone in the Democratic Party see what is happening right under their noses? This is a full scale operation to hijack the party and swing it to the far left.

Is there anyone that can stop her? Well, maybe 76-year-old socialist flag bearer Bernie Sanders. But will that save the party in 2020 or take them further down the George McGovern trail of 1972? These people are unelectable for national office, but shoo-ins at Berkeley and Cambridge.

The stark reality is this: Professor/Senator Elizabeth Warren has been seen as a leading candidate for the Democratic nomination in 2020 since the day Donald Trump beat Hillary Clinton. She is the new face of victimized Americans from women to the Cherokee Nation, which she says she is a one-thirty-second member of their race.

Hey, don’t knock it, it got her a minority scholarship to Harvard.

Rumor has it the RNC is secretly donating to Warren’s quest for the presidency. They would like nothing more than to make her the national face of the Democratic Party, arguing that she’s so far left that her acceptance will be confined to the two coasts in selected zip codes.

She does have Donald Trump’s blessing. He told Fox News in an interview last month that Warren’s nomination would be “a dream come true,” predicting that “she would lose so badly” in the general election. There is a long line of far left presidential candidates that could verify that statement.

Going a step further, mimicking her dubious Cherokee credentials, Trump said, “Go ahead, run Pocahontas against me.” That was said to a group of Democratic Senators visiting the White House. How many of them were secretly thinking, “Oh God is he right or what?”

Presently, two Democratic heavyweights score higher than Warren: Sanders, with a 55.7 average favorable rating, and former Vice President Joe Biden, who has a 55.6 percent approval rating. Biden is 74 and Sanders is 75, which raises questions about whether they’d run for the White House in 2020. Donald Trump is the oldest man to be elected at 70.

The Democrats have no one that is a moderate on their bench with national credentials to top Warren. Time is running out to find such a candidate as Senator Elizabeth piles up the cash and endorsements years before a projected run. Are the Democrats already ensuring Trump’s second term?