Hillary Rodham Clinton conceded the 2016 presidential in the early morning hours of Wednesday, November 9th. It is a fact that the Democratic candidate won the popular vote while her opponent Donald Trump won the electoral vote. According to the Constitution of the United States of America, Trump is the president-elect.

Not in the eyes of some Democrats who are spending the transition period of the presidency suggesting there is more to be seen than an honest and clean election and the defeat of their candidate in the most stunning election of our times.

Incoming Senate Minority Leader Chuck Schumer said Saturday that he and Republican colleagues would call for a congressional investigation into Russia’s reported involvement in the election. Whatever that is supposed to solve is anybody’s guess, but a good guess is the attempt to taint Trump’s victory and soften their loss.

Both the New York Times and Washington Post, hardcore and very public Hillary Clinton supporters throughout the campaign, reported Friday that a secret CIA presentation shown to lawmakers revealed that the Russian government interfered with the election to try to help President-elect Donald Trump win. 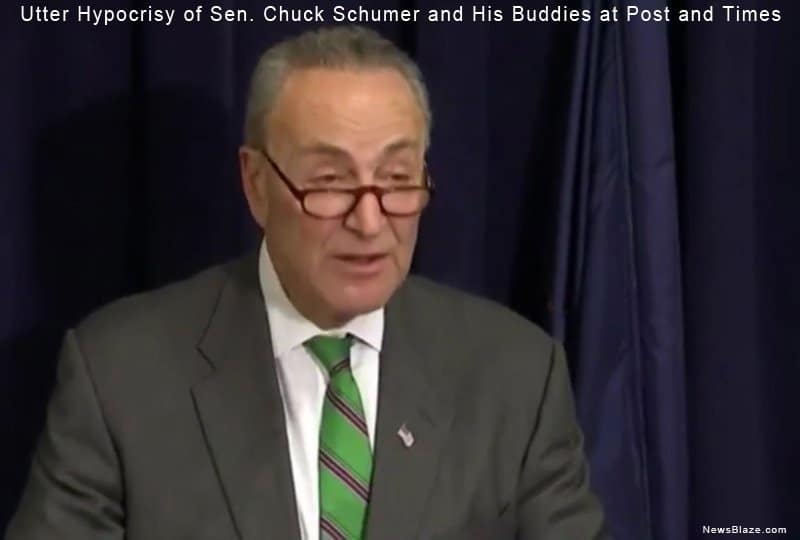 There was no mention of the Russians and others hacking into Hillary’s private server during her tenure as secretary of state. For the record, that would also include the Chinese, Iranians and other enemies of the United States. But the two devoted pillars of the Fourth Estate are not interested in that type of factual investigation.

No, according to the Post, intelligence officials identified people with connections to the Russian government who they say handed thousands of hacked emails and other documents to WikiLeaks. This comes weeks after the election is over and from what is called the proverbial left field.

The incoming Senate Minority Leader, replacing another pillar of high integrity, Sen. Harry Reid of Nevada said, “Reports of the CIA’s conclusion that Russia actively sought to help elect Donald Trump are simultaneously stunning and not surprising, given Russia’s disdain for democracy and admiration for autocracy,” in a statement Saturday.

The problem taking any of this with an ounce of credibility is hazardous to your temptation to believe anything from the thoroughly biased newspapers that actually publicly apologized after the election for just that; biased reporting.

Ironically, or is it, before the election, WikiLeaks regularly published hacked documents that were damaging to Democratic Party organizations and its presidential nominee, Hillary Clinton. The email dump reached a fever pitch in the final weeks of campaigning. Gosh, would that have anything to do with Sherlock Schumer’s pathetic grab for headlines as his position as a Washington power player diminishes daily?

The suddenly indignant Schumer who exudes hypocrisy said, “That any country could be meddling in our elections should shake both political parties to their core. Senate Democrats will join with our Republican colleagues next year to demand a congressional investigation and hearings to get to the bottom of this.”

Really Chuck? You are the man who said there was nothing to the FBI allegations that Hillary herself was violating the law, period?

But now Schumer says it is “imperative” for the intelligence community to hand over any information that Congress would find useful to its investigation.

Where was Schumer On Previous Scandals?

Where were you Chuck through the “Fast and Furious Scandal,” the IRS corruption against conservative political organizations and Benghazi? Where Chuck?

And now you’re outraged that Trump responded to the CIA’s allegations that the Russians altered the election by saying, “These are the same people that said Saddam Hussein had weapons of mass destruction. The election ended a long time ago in one of the biggest Electoral College victories in history.” Would you be pressing for answers to Hillary’s deceitfulness against her opponent Bernie Sanders or the feeding of questions to her before debates by the news networks? Would you Chuck?

But suddenly you’re “outraged” that Trump would question the CIA even though you were the biggest mouth in the crowd when it came to their claims of WMD’s in Iraq. Your credibility as a whistle blower is lower than the Marianas Trench.

Tell the American people this Chuck; what proof does anyone have that they (Russians) affected the outcome? There is none because there is zero, Chuck. Show us facts that actually show that anything undermined the election.

And while you and your buddies at the Post and Times hem and haw without any actual proof whatsoever, why not clean the cobwebs off their “investigative reporters” and look into the dozens of real crap scandals that ware pulled on the American people the last eight years.

But that’s not you job, right? Being in the shadow of one of the absolute biggest lairs the Senate has ever produced, Harry Reid, you have a lot to live up to. Go fish.

Oh, and this just in; President Barack Obama ordered a complete review of the matter Friday. Why does it sound like the American people are about to take a long shower to wash off the utter calamity of this new minority party of bitterness and resentment?

And one more thing, CNN has suddenly woken up and decided it wants to be the pillar of journalistic integrity and hold Donald Trump and his administration to account. Their story, posted in a tweet said “In Trump Era, Uncompromising TV News Should Be the Norm, Not the Exception.” @JimRutenberg latest, feat @JakeTapper. Too bad they didn’t think of doing that over the past eight years.