WASHINGTON – (Newsblaze) President Barack Obama’s Tuesday evening farewell address in Chicago is not going to be like a “State of the Union” type speech, more that it would be “forward looking.” The speech, according to the White House, is still being drafted and the editing process will continue through to the early hours of Tuesday morning.

In previews of the speech during this week’s Presidential weekend address, the president addressed the upcoming final speech by saying that the main idea of the speech is “We’ve run our leg in our long journey of progress, knowing that our work is and will always be unfinished. That’s the imperative of citizenship – the idea that with hard work, people who love their country can change it.”

Obama’s remarks were well-received by most Democrats, but not by Republicans. Some Democrats, it must be remembered, thought that Obama and his party had abandoned them. Clearly, Obama and Democrats in Congress destroyed their jobs and did nothing for them in places like Chicago and Detroit.

Josh Earnest picked up Obama’s theme in his Monday exchanges with reporters by saying the final address would be “forward looking.”

“I can tell you, in general,” Earnest said, “that the President is committed to delivering a forward-looking speech that will examine briefly the significant progress that our country has made in the last eight years. But it will take a closer look and he’ll spend more time talking about what the President believes is necessary for us to confront the challenges that lie ahead.” 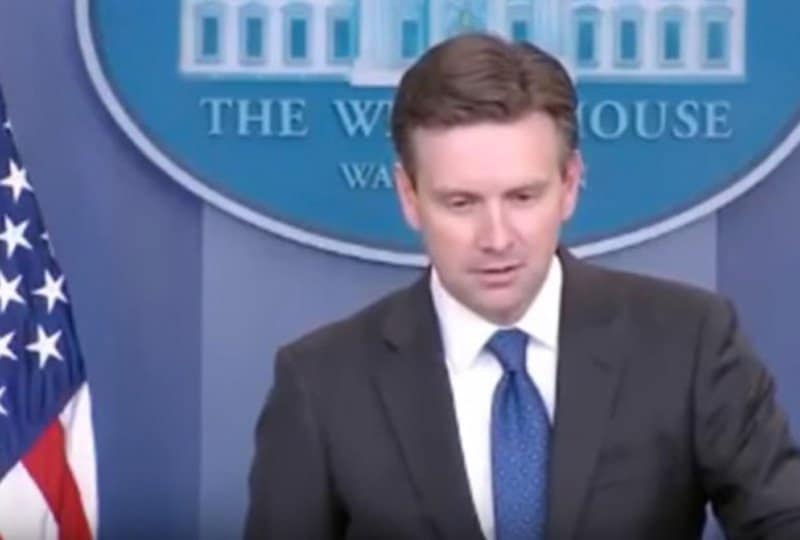 The speech, which will be delivered in Chicago’s McCormick Place convention center, is not expected to be as long as State of the Union speeches. Earnest flatly ruled out the idea it might. “It will be shorter and much different in style.”

While the speech is much shorter in style, the White House was holding back from reporters the numbers of drafts the president’s speech writers were still working on, but he did say it would have the President’s authorship on it.

“You can say that President Obama is the drafting process. He’s working closely with his speechwriters, but it’s apparent in the drafts that these will be President Obama’s words and no one else’s.”

Obama definitely want to stamp his mark on this speech, even though his speechwriters will

Earnest went on to say, “Part of the process also involves dictating certain passages to his speechwriters that they’ll play with and mold so that it can get into a typewritten form that he can then heavily and repeatedly edit. And we’re deep into that process as of very early this morning, but I would anticipate that it will continue until very early tomorrow morning.”