Republicans should send a big box of candy to the Democratic Party. The GOP has benefited greatly from a slew of costly errors that the Democrats can label as self-inflicted wounds. The political landscape has changed dramatically due to these major flubs.

Most of the American people now view the Democratic Party as the party of extremists on abortion, immigration, tax policy and climate change. It’s a hole they may never dig themselves out of.

It seems like only yesterday that House Speaker Nancy Pelosi (D-CA) was riding high. She claimed the government shutdown was “Trump’s fault” and had succeeded in silencing such far-left bomb-throwers as freshman Democrat rock star Rep. Alexandria Ocasio-Cortez (D-NY). Trump’s dream of a wall on the southern border was quashed as the likes of CNN and MSNBC assured us Trump’s popularity was waning. 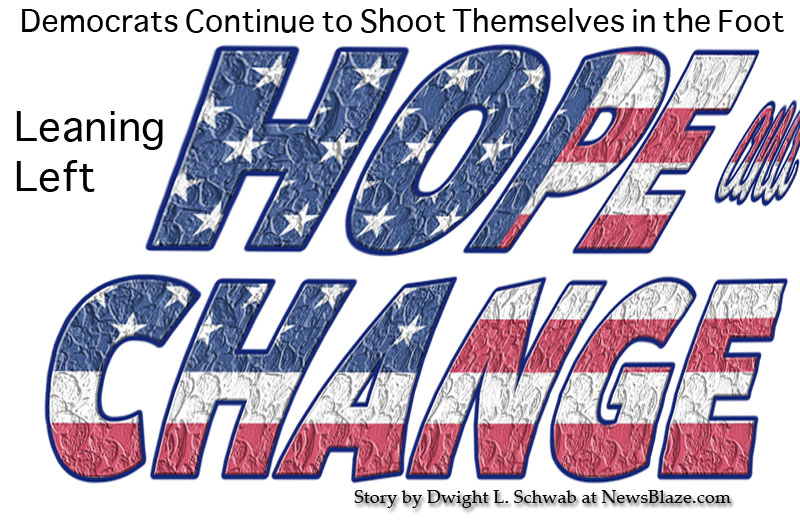 Trump Back In The Saddle

But just as suddenly, Trump’s State of the Union knocked Pelosi and the Democrats for a loop. In his upbeat presentation, he praised America’s proud history, talked up the booming jobs market and asked his rivals to choose greatness over gridlock. Just like that, he was back in the saddle.

The president’s ratings began to climb. Meanwhile, the bumbling Democrats blurred their ongoing progressive message with such antics as Virginia pushing their moderate allies into the corner with live baby abortion legislation. That bill along with New York Governor Cuomo’s legislation allowing abortions at new late term dates was appalling to most Americans.

According to a Marist poll, 55 percent of respondents identify as “pro-choice,” but only 25 percent condone abortion at any time during the pregnancy. Gallup polling has consistently shown that most people want some restrictions on abortion.

But the Democrats were not through ruining their short political honeymoon. The immigration debate reached a high pitch. Perhaps Trump took the blame for the government shutdown, but Pelosi’s stall tactics on the southern wall came under intense fire.

Democrats want to limit the number of beds in ICE detention centers, even if it means criminals must be cut loose. That does not bode well for the average citizen. Caravans of illegals continue to move north threatening to overwhelm our border patrol.

Trump’s wall looks reasonable compared with ridiculous calls from the far-left to rid us of ICE. Television viewers are subjected to scenes of murderous MS-13 gang members night after night on television that even CNN cannot explain away.

Then there is the so-called “Green New Deal.” It proposes to completely overturn the economy and our way of life in search of a carbon-free existence. It is a ridiculous vision of America’s future that is undoable.

The list of proposals by the so-called progressives also includes, “economic security for all,” “healthy food, access to nature,” “justice and equality” and the notion that “businesspersons are free from unfair competition.”

Don’t forget guarantees “higher education, high-quality health care, and affordable, safe, and adequate housing to all.” The list of pie-in-the-sky freebies has no bottom line for the enormous cost, and most of all, who pays for it?

The programs are both impractical and preposterous. Most Americans cannot take them seriously. But the frightening part of all the above is that 67 in the House, and 11 senators go along with this idiotic agenda.

For those Americans who remember the election of 1972, a similar scenario of moderate Democrats versus the left wing of the party was under full throttle. The left won the battle and their nominee was Sen. George McGovern (D-SD). They cheered their “victory,” only to see him lose in a landslide to Richard Nixon by 49 states.