Hello! Welcome to the new edition of “Breaking News with Bruce Edwin” found only online and only here at NewsBlaze! As publisher of Hollywood Sentinel dot com (link below), which reports only the good news, I have often been asked by some readers to report other areas of the news including world news and more human rights, as well as more frequently than the now weekly issue of Hollywood Sentinel. While I will not promise I will not miss a day at times, as this is a big commitment, I will hopefully now be bringing you here more daily stories than ever, here at NewsBlaze. This first, debut issue of Breaking News will cover the good, the bad and ugly of not only Hollywood, but the world. Enjoy!

The LA Art Show wrapped up Sunday here in Los Angeles, proving to be a great show. Check out NewsBlaze here for more on that show with a full report here as well as on Hollywood Sentinel dot com.

Chelsea Elizabeth Manning has had her sentence commuted by President Obama. This was a wise decision for the President, as Miss Manning leaked documents showing factual human rights abuses that needed to be known and investigated.

Ringling Bros. and Barnum and Baily Circus has thrown in the towel and called it quits after its 146 show run. Claiming lagging sales after taking the elephants out of the show, PETA fans including longtime PETA supporter Pamela Anderson are rejoicing. Let’s be real and face the facts – Cirque du Soleil is simply a far better show. 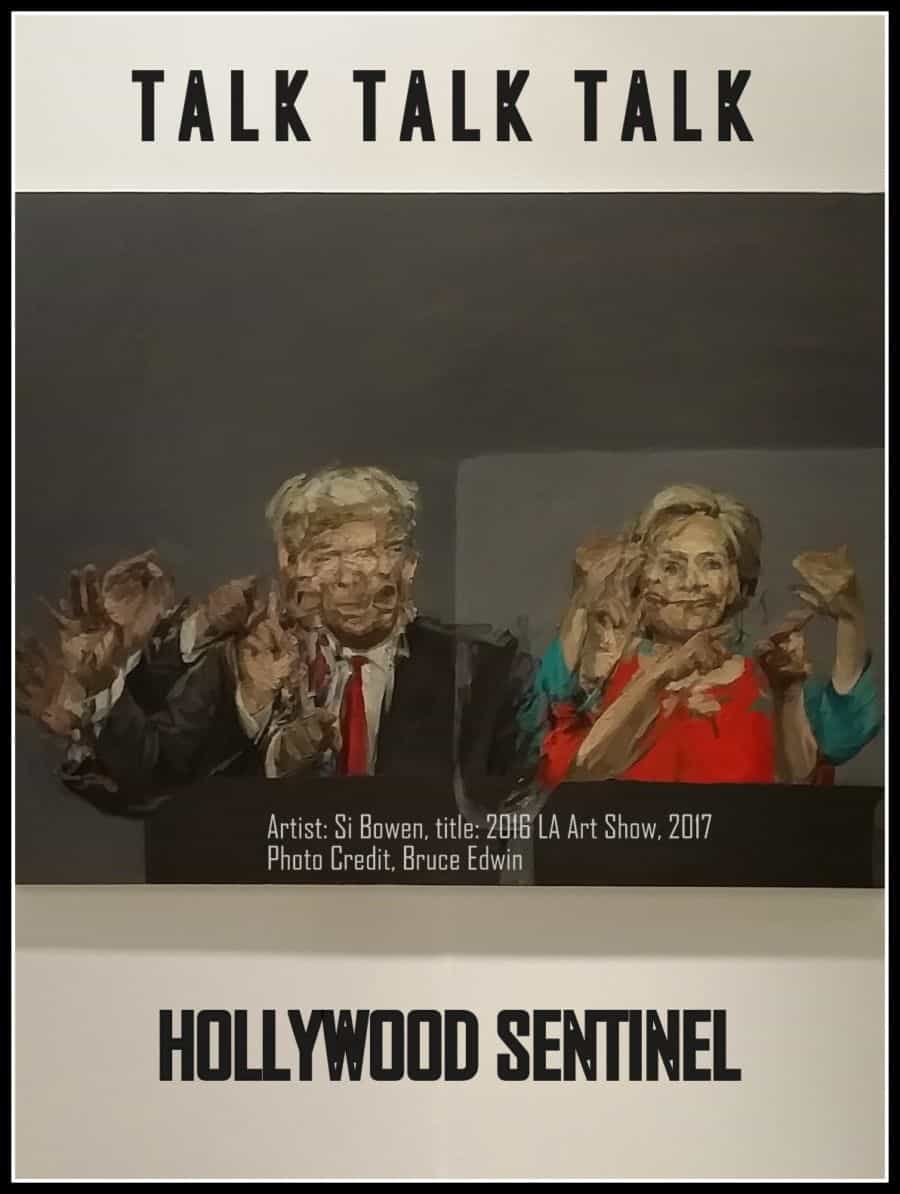 Starpower Management, the A-list model and talent management, publishing, production, and P.R. firm based in Santa Monica and Malibu, California, headed by industry veteran Bruce Edwin, reports that there is a fake business illegally using the company’s name on twitter, with a red star near the name, and listing various cities including Dallas as their location, and urges no one to be confused by this fake parasite. Starpower Management LLC, founded in the early 90’s, and created with the unique spelling of both words star and power ran together in homage to the song by the rock band Sonic Youth, states that the creator of the fake twitter account with the listing in Dallas is suspected of being a criminal deadbeat dad. Starpower Management states that they are currently investigating the person or persons with a private investigator, prior to bringing official charges.

The U.S. Justice Department has busted the Chicago Police, reportedly stating that they have routinely violated civil rights and abused their power, including using a taser on a naked, unarmed 65 year old woman who is mentally ill, pointing a gun at kids on bikes allegedly trespassing, and dropping off young gang members in rival gang territory. Ouch!

President Elect Donald Trump has now admitted that he thinks Russia was involved in hacking the DNC. He also added that the hack did not compromise the voting machines or results.

Johnny Depp is reportedly suing a company called The Management Group, his former business manager, for 25 million, claiming they mismanaged his money.

Ayman al-Zawahiri, who took the new post of replacing terrorist Bin Laden after he was killed, is now condemning ISIL leaders for killing and slandering Muslims. The U.S. Government State Department are reportedly offering a 25 million dollar reward for the location of al-Zawahiri.


A number of anti-Trump activists are being investigated by the FBI and other federal groups for allegedly planning to cause damage, injury and disruption to the Trump inauguration ball, which they are calling the Deploreaball. A list of names were allegedly turned over to the feds by a group called Project Veritas which allegedly secretly filmed some of the individuals plotting to use non lethal gasses (aka stink bombs) in the AC vents to force attendees to leave the building in DC.

FBI are reportedly sending in fake activists to activist groups to get intel, record, and bust activists.

Chem Trails: The number of Airplanes and helicopters flying low around Los Angeles in circles is on the increase again this winter. While there are many who deny the reality of the government spraying chemicals, those who do so simply are not educated as to the reality of factual data proving otherwise. Usually, the chemicals are sprayed from the air at night, when the public will not see what is going on. Attempts at weather modification alone, have been going on for over a century, as well as other more nefarious weather related acts or environmental modification for the intention of behavior modification, and weather warfare.

As proof as to the reality of weather modification, just last year, former CIA Director John O. Brennan during his speech at the CFR (Council of Foreign Relations) on June 29, 2016, refers to, and I quote; … “Bio-engineering-that potentially could help reverse the warming effects of global climate change. One that has gained my personal attention is stratospheric aerosol injection, or SAI, a method of seeding the stratosphere with particles that can help reflect the sun’s heat, in much the same way that volcanic eruptions do.” I will add that messing with Mother Nature, whether it be Genetically Modified Foods, or the climate, is a crime against humanity, and a disaster in the making.

According to Breaking Defense, “Presumptive Defense Secretary James Mattis sent a clear signal to America’s allies – and to his presumptive boss, President-Elect Trump – that the NATO alliance is “enormously” important and that America “must also take no ally for granted.” “

According to The Trumpet, “Pope Francis met with Palestinian Authority President Mahmoud Abbas in Rome, marking the fifth personal meeting between the two since 2013. These steady meetings are a clear indication of the pope’s dedication to the Palestinian cause. This is bad news for Israel.“

In a departure from the tradition of a live audience at the Academy, this year’s nominations will be announced via a global live stream on Oscar dot com, Oscars dot org, the Academy’s digital platforms, a satellite feed, and local broadcasters, including “Good Morning America.”

Lindsay Lohan converting to Islam is fake news. The wife of the Orlando, Florida Muslim Terrorist has been arrested. Imams are now reportedly recruiting Jihadi terrorists who are in prison. ISIL has reportedly now gotten their hands on drones to drop bombs on civilians. A 14 year old child bride was reportedly gang-raped by 8 Muslim immigrants inside an asylum center in Germany, viewed by many as the fault of German President Merkel and her Open Borders immigration policy. Morocco has reportedly banned the production of full face Muslim garb for security reasons.


Obama spent over 96 million dollars on vacation travel costs, according to recent reports, during his past 8 years as president of the U.S.

Rosie O’Donnell wants you to live in a police state under martial law, until Trump is ‘cleared of all charges,’ according to her twitter. The only problem with that doubly dumb idea is, Trump is not charged with anything.

NTI reports the statement of Former Senator Sam Nunn On the Nomination of General Jim Mattis to be Secretary of Defense United States Senate Armed Services Committee on January 12, 2017; “I believe that Jim Mattis is exceptionally well-qualified to lead the Department of Defense. I urge this Committee and the Senate to pass a statutory waiver to allow him to serve our nation in this new role and to confirm him as Secretary of Defense.”

This content is copyright, 2017, Bruce Edwin, all rights reserved. The office of Bruce Edwin and affiliates do not endorse any advertising that may appear on or in connection with this story, and neither they nor NewsBlaze assume any liability for any content herewith, which is the liability of the reader.