Waiter, is that mercury in my sushi?

If your sushi is made with fish, the answer is probably “yes.” That’s the scary news reported by The New York Times, which bought and tested tuna sushi from 20 Manhattan stores and restaurants. Several of the samples were so tainted with mercury that federal regulators could confiscate them for violating food safety rules. Experts warn that similar results would likely be found in other parts of the country as well.

It turns out that eating fish can be as hazardous to humans as it is to the fish.

As someone who hails from the “land of 10,000 lakes,” you’d think I’d be all about fish. Like most Minnesotans, I grew up eating fish and going fishing. Then I started to learn more about fish and decided I’d rather see these complex animals alive in their lake homes than dead on my plate. Fish, like other animals, are smart, can feel pain and even have their own distinct personalities. 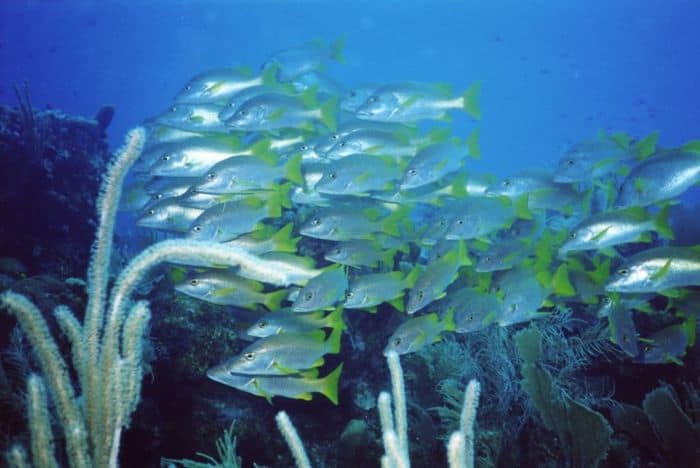 Here’s what else I’ve learned: Fish is anything but “health food.”

As the Times study shows, tuna-and other fish-are often contaminated with mercury, a documented poison that can cause brain damage, memory loss, tremors, joint pain and gastrointestinal disturbances and has recently been linked to cardiovascular disease.

If you think mercury poisoning doesn’t happen in the U.S., think again. San Francisco physician Jane Hightower found that dozens of her patients had high levels of mercury in their bodies, and many showed symptoms of mercury poisoning, including hair loss, fatigue, depression, difficulty concentrating and headaches. When her patients stopped eating fish, their symptoms disappeared.

The Wall Street Journal reported on one of Dr. Hightower’s patients, 10-year-old Matthew Davis. Matthew had always excelled in school, but suddenly he was missing assignments and struggling with basic math. His teachers said that Matthew could barely write a simple sentence. What’s more, Matthew’s fingers had started to curl, and this formerly excellent athlete could no longer catch a football. One specialist told Matthew’s parents that their son had a learning disability.

This is far from an isolated case. Sen. John Kerry says that he has gone cold turkey on most fish after tests revealed that his mercury level was “sky-high.” A 2006 study found that one in every five women of childbearing age has mercury levels that exceed the government’s acceptable limit. Women who eat fish at least twice a week have the highest levels.

Even if you follow fish consumption guidelines, you may still be at risk. A Chicago Tribune three-part front-page investigative series, titled “Mercury Menace,” found that government regulations on fish are so lax as to be essentially worthless and that mercury levels in individual samples of fish sometimes spike far higher than the averages reported by the government. The paper also found high levels of mercury in orange roughy and walleye, two species for which the government has not issued consumer warnings.

Eating fish and other sea animals is our sole source of exposure to mercury. So if you’re worried about mercury and the other toxins in fish-including DDT, PCBs and dioxin, which have been linked to cancer and nervous system disorders-the solution is simple: Stop eating fish. If you eat fish to boost your heart health, eating low-fat vegetarian foods will help your heart even more.

And if you’re still tempted by that tuna sushi or tuna salad sandwich, just remember that you’ll be ingesting a toxic brew of bacteria, contaminants and heavy metals-and running the risk of going into the “fish fog” of mercury poisoning-with every single bite.