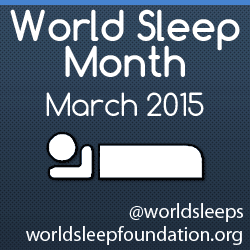 There is a rare condition which causes people to jump out of bed from a deep sleep, choking and unable to breathe for several seconds.

Are you one of those who have experienced this extremely frightening event? You are sleeping normally and come out of sleep choking, unable to force air into your lungs. This event is often so traumatic that people surge upright in bed, often jumping to their feet.

This is not sleep apnea and it isn’t some form of panic attack since it occurs during sleep and is usually over in seconds. Fortunately for most it usually clears up within seconds or a minute and people can breathe normally but it is actually a brush with death and, of course for those who don’t have it clear up in a very short time, they aren’t around to report the event since they die.

This may have some relationship to SIDS (Sudden Infant Death Syndrome) but it is rare enough that I have a report from a patient who went to the Punxsutawney Memorial Hospital Emergency Room (Punxsutawney, PA, U.S.A. with the sleep choking complaint and the doctor on duty diagnosed the complaint as “dry mouth,” obviously completely dismissing this life threatening complaint.

Has this happened to you?

It takes only a few seconds on the Internet to find many reports which are nearly identical, each describing the event in almost the same words including: “will usually bolt upright from their bed, sometimes jumping out of bed, struggling to speak and breathe.”

While some doctors dismiss the symptoms others take it seriously and there are some possible causes and treatments but they don’t cover all occurrences.

Sometimes this is related to acid reflux and can be “treated” with antacids.

In other cases it is not related to stomach acid as described in this first reference:

“A Neurological Cause of Recurrent Choking During Sleep”

.” .nocturnal choking episodes caused by insular seizures. Recurrent choking spells from sleep showed no response to treatment for sleep apnea or gastroesophageal reflux. Laryngoscopy revealed no abnormalities. Although continuous EEG monitoring during events was normal, ictal SPECT imaging showed increased radiotracer uptake in the left insular region, an area involved in sensation of the upper gastrointestinal tract. The episodes remitted after initiation of an antiepileptic drug. Obstructive sleep apnea is the most common cause for presentation to a sleep center, but seizures should remain in the differential diagnosis of nocturnal choking

And the following completely different cause and treatment, also from PubMed with full text available online.

.” ..patients reported sudden awakening from sleep due to feelings of acute suffocation, accompanied by intense fear. [Apnoea lasted 5-45 seconds – ] Breathing returned to normal within minutes. Patients were left exhausted by the attacks. Nine of our 10 patients had evidence of gastro-oesophageal reflux and six responded to antireflux therapy. We conclude that the nocturnal choking attacks (and the occasional daytime attacks experienced by some of the patients) are caused by laryngospasm. The pathogenesis of the apparent underlying laryngeal irritability is unknown. The condition may be related to a gastro-oesophageal reflux.”

Those are two of the very few clinical reports about this sleep choking condition with two possible cures/treatments.

If you have experienced this terrifying event take these references to your doctor – a good physician will pay attention.