It is summer and time to get out on the beach or throw a barbeque. But beware of these health myths about what we eat, the products we buy and even the diseases we should fear.

Studies show that one “antibacterial” agent, triclosan, which is actually a pesticide, breaks down into chloroform with tap water and dioxin in the environment, impairs thyroid function and lives in human breast milk, urine and blood. Amazingly, it is still found in Ajax and Palmolive antibacterial dish detergents, “deodorant” bar soaps and Colgate’s Total toothpaste despite media reports. Yes, people are brushing their teeth with pesticides.

2. Meat Is Safe If You Cook It

There are knowns and unknowns when eating meat products. Certainly, thorough cooking kills pathogens like E. coli, salmonella, listeria and campylobacter but not veterinary drugs, pesticides and heavy metals like copper and arsenic. According to a 2010 Office of Inspector General report, of 23 pesticides designated by the EPA and FDA as high risk, the Department of Agriculture’s Food Safety and Inspection Service only tests for one. In just six months, four beef carcasses with “violative levels of veterinary drugs” were released onto the public dinner plate.

Especially beware of veal which is as dangerous as it is cruel. “Farmers are prohibited from selling milk for human consumption from cows that have been medicated with antibiotics (as well as other drugs) until the withdrawal period is over; so instead of just disposing of this tainted milk, producers feed it to their calves,” says the report.

Veterinary drugs, pesticides and heavy metals in US commercial meat cannot be cooked out of the meat and they may make it more dangerous. “In some cases, heat may actually break residues down into components that are more harmful to consumers,” says the 2010 Office of Inspector General report.

Nor are drugs and metals the only compounds that become less safe not more safe when cooked. Frying, broiling and grilling beef, pork, poultry and even fish can produce cancer causing compounds from muscle meat itself called heterocyclic amines and polycyclic aromatic hydrocarbons says the National Cancer Institute. They are linked to stomach, colon, bladder and several other cancers. Even processed foods like the hot dogs always present at cook-outs have a down side. To kill germs and maintain their “natural” color (like the “color” of salmon from fish farms which is from a chemical) they’re treated with nitrites which become nitrosamines, the mother of all carcinogenic compounds.

4. After Mercury Exposes, Tuna and Sushi Are Safe

Is your tuna filled with mercury? Over seven years ago the Chicago Tribune said unequivocally yes. “The tuna industry has failed to adequately warn consumers about the risks of eating canned tuna, while federal regulators have been reluctant to include the fish in their mercury advisories – at times amid heavy lobbying by industry,” said the paper. Three years later, the New York Times found similar contamination in area sushi.

But rather than tuna mercury warnings or a cleaned up product, after the exposes, consumers got … more studies. In 2011 Time magazine reported 100 samples of both lean red tuna and fatty tuna from 54 restaurants and 15 supermarkets in Colorado, New Jersey and New York, exceeded recommended amounts of mercury.

And in 2012 Consumer Reports found every tuna sample tested at an outside lab “contained measurable levels of mercury, ranging from 0.018 to 0.774 parts per million. The Food and Drug Administration can take legal action to pull products containing 1 ppm or more from the market. (It never has, according to an FDA spokesman.)”

5. All Breast Cancer is an Emergency

As the use of mammograms has increased, so has the diagnosis of ductal carcinoma in situ or DCIS. But some experts consider the common condition in which the abnormal cells have not spread, not cancer at all but pre-cancer. In fact participants at a National Institutes of Health State-of-the-Science Conference on DCIS recommended dropping the anxiety-producing term ‘carcinoma‘ from the description of DCIS altogether.

And there is more apparent overtreatment going on. Ninety percent of women with abnormal mammograms should be receiving needle biopsies not expensive and painful surgical biopsies said a 2012 article in the New York Times. And, if women do need a lumpectomy, new research suggests they may not need their underarm lymph nodes removed which causes painfully swollen arms, says the science press.

Writing about DCIS, the Chicago Tribune said, “in many cases tiny cancers will never become life-threatening because they’re so slow-growing, research shows. Some may even disappear on their own.”

Now, Pharma, which excels at selling silent dangers (fear of asthma attacks, coronary events, thinning bones) has added a new marketing message: depression is a “progressive disease” so you better not wait. If your depression increases or reoccurs, it means your depression is progressive, said a 2012 article on a medical web site written by a doctor, funded by antidepressant-maker Eli Lilly.

Before Pharma had lucrative antidepressants to market, depression was considering self-limiting – it wouldn’t last forever. The fact that it would eventually go away was about the only good thing you could say about it – unless you were Big Pharma. 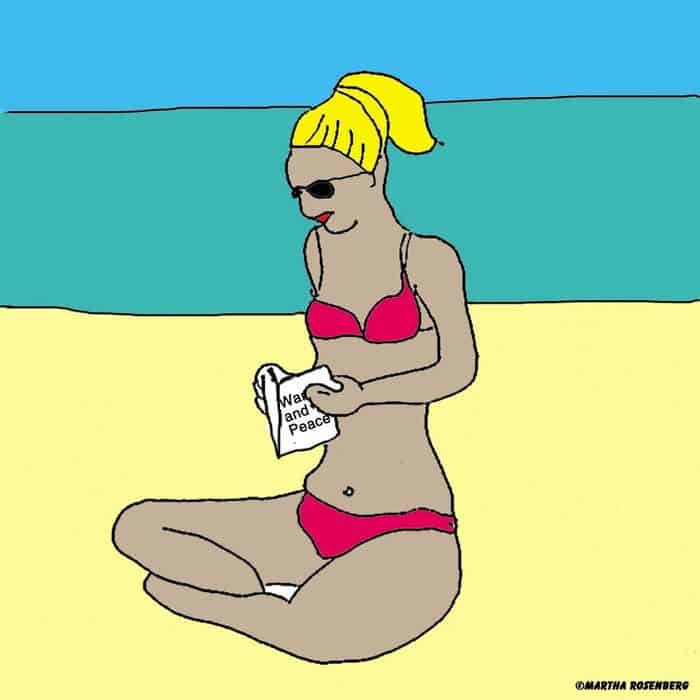 Most people have enough fear of skin cancer and photo-aging to give tanning salons a wide berth, pun intended. But how safe are sunscreens themselves? Weeks after the New York Times exposed the caprice in assignment of sun protection factors (SPF) in 2011, Sen. Charles Schumer (D-New York) called on the FDA to investigate reports that an ingredient in most sunscreens – retinyl palmitate – actually causes cancer. In one FDA study, retinyl palmitate accelerated tumors and lesions associated with sun exposure by 21 percent!

And there are other sunscreen doubts. Oxybenzone is an endocrine-disrupter, as are most fragrances, and titanium dioxide penetrates the skin and enters the bloodstream. Adding to the confusion, some experts say people don’t apply enough sunscreen and others say we apply too much and miss the benefits of Vitamin D.