Smart wrapping developed to detect ‘off food’ by Professor Andrew Mills will prove helpful to consumers in a number of ways.

-Do away with the Tons of annual food loss

-End or greatly reduce staggering food expenses already up 7% to produce’s 22% just since January this year.

Smart Packaging is reborn. This new generation of wrapping sends a flag up when food is on the wane. Brand new packaging is being developed in Glas.

Strathclyde University researchers are busy working on indicators manufactured into “Intelligent plastic.” It is designed to change color as food freshness fades. 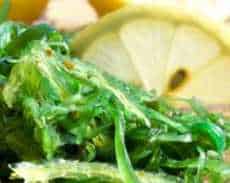 Smart packaging is expected to become commercially viable very soon. This will save an enormous amount of money since food is the second largest part of every family budget.

Also of great import will be the improved food safety features.

Cost of the research program comes from Pounds 325,000 in research funding thanks to Scottish Enterprise Proof of Concept program.

First to enjoy the new Smart Wrapping of course will be England’s households who are today estimated to toss about 8.3 million tons of food every 12 months. Most of this could be consumed if proper warning of the food’s aging were brought to attention.

Far more tragic is the one million cases of food poisoning that Britain alone suffers annually.

Strathclyde University’s team plans for new smart wrap being able to alert buying consumers as food freshness abates. Even broken or damaged Smart Wrap packaging has exceeded its “best before” dates, or for food which has been poorly refrigerated.

Strathclyde researchers are working on creation of new indicators that are part of the wrapping itself. This new packing will also be less expensive to produce. This indicator will change color when the freshness of the food deteriorates past a given point.

Leading the project work, Professor Mills stated: “At the moment, we throw out far too much food, which is environmentally and economically damaging.”

He continues, “Modified atmosphere packaging is being used increasingly to contain the growth of organisms which spoil food but the costs of the labels currently used with it are substantial. We are aiming to eliminate this cost with new plastics for the packaging industry.”

“We hope that this will reduce the risk of people eating food which is no longer fit for consumption and help prevent unnecessary waste of food. We also hope it will have a direct and positive impact on the meat and seafood industries.”

Strathclyde’s team believes its work could resolve potential confusion about the different significances of “Best used before” and “sell-by” dates.