Have you ever noticed how Big Pharma in the United States has things exactly backwards? Instead of developing new pills that people need like non-addictive painkillers and antibiotics for resistant infections, it develops new diseases.

Who remembers Restless Legs Syndrome? It sounded ridiculous but Big Pharma made a lot of money with drugs to treat it. Who remembers Shift Work Sleep Disorder and Non-24-hour Sleep Wake Disorder? Sleep disorders are lucrative for Big Pharma because everyone sleeps – or watches TV when they can’t.

Whenever a reporter writes about such highly-advertised rare diseases they get veritable hate mail. “How dare you imply that Can’t-Wake-Up-in-the-Morning disease doesn’t exist? I have suffered for years!” they scream as they threaten us and our editors and claim we are trying to take their drugs away. “I have adult ADHD no one can tell me I don’t!”

Okay, we tell them – we are sure you have whatever you have. The point we are making is information about diseases should not come from companies who stand to make money from the diseases growing. There should not be symptom quizzes to encourage your suspicion that you have the advertised disease created by the people who make money on it. 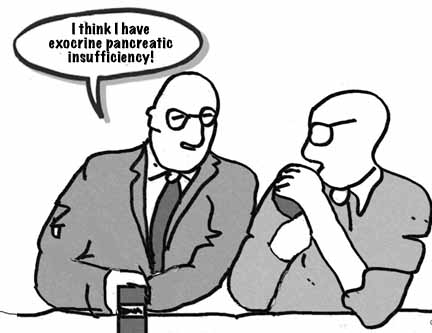 You should not be telling a doctor the disease you have and the drug you need – it should be the other way around. Which is the party who went to medical school? Ads for proton therapy even encourage patients to tell their doctor what kind of radiation they need.

Direct to consumer advertising in the United States has galvanized a lot of people who, for one reason or another, like to have a health problem or condition. For example, problems with money, jobs, family, marriage, mood, self-esteem and body image used to be called “life.” Now, they are called “depression” and almost a quarter of the U.S. population is treated for it.

The very fact that a drug is advertised on TV means it is an expensive brand name drug. When people decide they need it rather than a cheaper drug or no drug at all – hello? – everyone’s health care costs go up. Also, the real risks of new drugs advertised on TV are not known because they have not been widely used yet. Many of the drugs withdrawn from the market for safety reasons were highly advertised, blockbuster drugs until they were in wide use.

This fall, North Chicago-based AbbVie rolled out another disease people may have never heard of, but might have. The disease is exocrine pancreatic insufficiency (EPI) and its symptoms include frequent diarrhea, gas and bloating and stomach pain according to the website Identify EPI. AbbVie’s drug, Creon can treat EPI but it also “may increase your chance of having a rare bowel disorder called fibrosing colonopathy” and may cause “frequent or abnormal bowel movements; bloating.” Sounds like you’ll have problems with or without the drug – but with the drug Big Pharma will make money.

Don’t be embarrassed to tell your doctor about your “poop” say awareness ads for EPI. Seems like Big Pharma should be embarrassed for selling diseases to move its medicines.

My cartoon-filled book, Born with a Junk Food Deficiency, explores more sales tactics of Big Pharma and the food industry. It makes a great holiday gift for health-conscious people on your list.