What Was The Cause of Death?

No news whatsoever in the Nicole Bennett murder investigation, I’m reporting, which makes me all the more curious. I’m visiting the Google news stream 3 or 4 times a day, but nothing new comes up. What was the cause of death? Do they have any good forensic evidence left at the scene at rural Swamp Road? Are the Maryland State Police working in conjunction with the Delaware Police? Early on, we heard they weren’t at a dead end for leads, but now I wonder.

With so little to go on, I reviewed all the articles written previously about Nicole’s stupefying case. Well, we did hear about this sex offender, Matthew N, Burton, who had worked at Bay Shore Community Church in Gumboro, but was ‘released from employment’ (words used by the Cape Gazette) just two days after Nicole was killed. Released sounds like a euphemism for terminated or fired (an even more volatile word) to me. 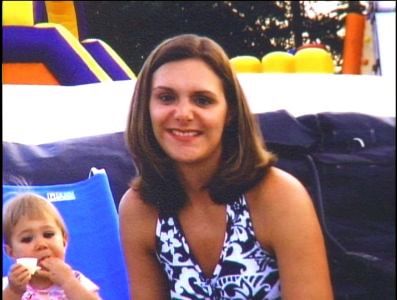 This looks like another coincident; Matthew Burton was in the wrong place at the wrong time! I’ve seen a photo of him, and he doesn’t seem like the killer type. I will discount the possibility that he’s the one who did this to Nicole Bennett, but still wonder where he was during the evening of June 14th. Yea I know, appearances can be deceptive, but my gut instincts say he’s not our man. There’s an uneasiness in the community and at that church, so I better be cautious.

I had to go back through everything I had with a fine tooth comb. I made a mistake before in writing that Nicole Bennett’s family had lived in Millsboro, Delaware for only one year, when actually it has been over two years. Also, I’d questioned her sudden conversion from Catholicism to these newer (to her) Protestant beliefs, when really Nicole had been struggling with this change for many years. Her childhood experience with Catholicism must have had some unsavory maladies, I safely conjecture.

Errors Have Been Made

Alright, so some errors have been made, but we reporters have so little to go on, since the police are being so tight-lipped in what information they’ll give us. I like the work that’s been done by Jonathan Taylor for the Lower Eastern Shore News. He’s doing some primary investigating, even driving the route from the Bay Shore Community Church in Gumboro down to the isolated Swamp Road in Whaleyville, which is across the Delaware state line into Maryland.

One gets an eerie feeling when they realize the killer must have taken the very same route. Moreover, he seemed to know what he was doing, or where he was going, as if he’d been here before, and maybe planned using this area near the ghost tree to carry out his unspeakable act. Whenever we can’t figure out who did it, we’ll just say it was a serial predator. Nicole Bennett’s case is no exception, so the application of this ubiquitous theory should be plugged in cautiously, along with other plausibilities.

Reporting the news of ‘no news’ is an arduous task. Yet, more work should be done to catch Nicole’s killer, before he does it again. There’s something not quite right here, the way her death was reported was empty (I don’t know exactly why I feel this way). The atmosphere of the community too is not quite right either.

I sense, this kind of tragedy has never occurred here. Some unwinding and probing is necessary (by news reporters), to lift the veil of secrecy that exists. Someone isn’t telling the whole truth here, but who is it? Before you unfurl some angry comments towards me, just realize my aim is the truth. I recognize the mistakes I have made, but I’m trying to recoup my loses. The culprit is either inside or outside Nicole’s sphere. More than likely, inside.