How much blood did the Maine Police find in Justin DiPietro’s basement living quarter? Some of it was Baby Ayla Reynold’s, but what about the other blood found? Who did it belong to? And what about the use of Luminol? Doesn’t this suggest much of the blood was wiped up to hide its presence? And why did the police just now reveal that they found blood in the basement back in mid-December?

We see news footage from over the weekend of the parents embracing (Trista and Justin), when meeting for a vigil of some sort for their Baby Ayla. This functions as some sorta crescendo (for me) in the dramatic timeline of this month and a half old case. Previously, it’s as if the two didn’t even know one and another, estranged as they were. But the limelight is catching up with them, and now they give off a perfect portrait of conjugal bliss (at least to the cameras)! 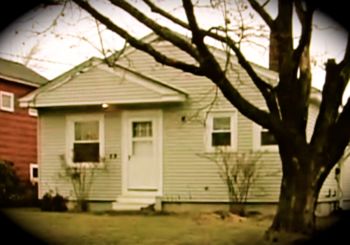 True, this is but a sideshow to the investigation, which has been turned over upside down with this new blood evidence. Now the notion that a kidnapper stole precious Ayla from the house has been shot down to the ground as the biggest fairytale around, since the Prince and the Frog first hit the airwaves back in the 16th century (I suppose). Reasonable people knew this was unlikely; probably a tool of law enforcement used to snare the real culprits. Not that this ploy particularly worked well.

Putting sideshows aside is hard to do in the case, even with the police, who are trying to trick the people who were in the humble abode of the DiPietro’s on December 16th. Moreover, the police are attempting to fool the press in that they know very little about what happened that strange December night, when loud thumps were heard and dogs began to bark like banshees, wild and crazy. But someone leaks the blood clues. 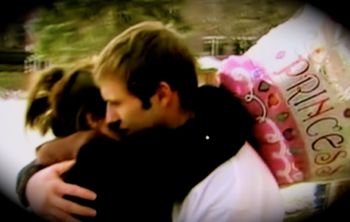 Probably the only explanation for the cops disclosing such a significant find at this late date. Therefore, I find it ironic that Steve McCausland, a spokesman for the Maine Department of Public Safety, refers to Justin’s theory (of what happened to Ayla) as failing to pass the ‘straight-face test.’ Maine investigators are playing some mind games and poker-face tricks themselves, in an effort to catch the real parties involved.

Not that I blame them; trying to break the ice on this case is tough business. Another piece of evidence that is new (for me at least, who is sometimes the last man on the field), is the revelation of who exactly was in the house and where they were located. Justin, his girlfriend (Courtney Roberts), and her son were in the basement, which is in the midst of some renovation. Upstairs slept Ayla’s aunt and her child, adjacent to where Ayla herself purportedly slept.

That’s three adults and two children, besides missing Ayla. Didn’t see Justin’s sister’s name revealed in any news stories. Phoebe DiPietro (Justin’s mother), apparently, was gone that night. She’s given conflicting accounts to the media previously. So now we have a final version of a stage set or the way the gray frame house was arranged for golden slumbers the eve of December 16th. This helps.

The information of the Luminol test application in the basement suggest to me some sort of cover-up took place, after something not so good took place. Another oddity, however, (amongst a conglomerate of oddities) is why didn’t they clean up all of the blood while they were doing this pernicious chore? Why only clean up part of the blood (I beg of you amateur sleuths)? This makes no sense at all and tends to put a benign twist on this entire sordid affair.