A letter published in JAMA, outlining a shocking report generated by the National Center for Health Statistics tells us drug overdose deaths are up 11 years in a row. The particular statistic cited is 38, 329 drug ODs culled from 2010 raw stats. What about 2011 and 2012 figures, you might want to know? Well, it must take some time to compile this data, I safely said to myself. 57% of these deaths were from prescription drugs; that is, 22,000 of these ODs came as a result of prescription drugs (legal drugs, just so you’re clear)!

We’ve been hearing this for some time, but it still turns your head, reacting in disbelief that it’s no longer illegal street drugs (by majority) that are causing these accidental deaths. We’ll be interested in seeing the stats for 2011 and 2012 as soon as the National Center for Health Statistics can get around to generating a report. I suspect the trend will continue, with prescription drugs beating out street Heroin and Cocaine as king killer. 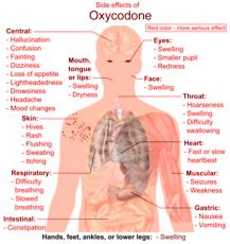 Powerful drugs in the opioid family were cited as a primary culprit; I’ve heard of some of them, but others are new to me. There’s mention of Oxycontin, Vicodin, Xanax, and even Methadone, which we usually associate as a remedy for addiction. Now it looks as if a remedy for Heroin addiction can become a new problem, a new form of addiction. I’m not familiar with Percocet, but Codeine is old hat. The most famous of rock critics, Lester Bangs, was known for his visits to the local pharmacy to get that dark red cough medicine (for the ailments of stardom).

Other stats in the NCHS report will jolt you (as you try to make sense of it in its social context). Only 17% of the drug overdoses were as a result of taking your own life, or suicide. Needless to say, these figures may be a little fuzzy, since often there’s a fine line between taking your own life and an accidental overdose. In either case, the result is death. I’ll opine, just having these legal drugs (from the lethal opioid family) will increase the probability that people will die, especially for those with addictive tendencies.

Other informative angles to the report have to do with benzodiazepines, which is used in treatment for insomnia (really, speaking colloquially, its downers!), I believe. Many of these drugs are in the opioid family, and often include the greatest curse (by way of a pill) we’re all familiar with, Valium; then there’s Xanax and Ativan (in competition with Valium’s notoriety). A further unfocused stat says that 77% of benzodiazepine related deaths involved these (usual suspects) opiates. Okay, fine.

But what percent of the prescription deaths (which amount to 57% of the overdoses for 2010) were benzodiazepine guilty deaths? The news articles I read didn’t clarify this distinction, and I don’t have a subscription to JAMA, so I don’t know whether it’s even inside the report. I suspect it’s high, ‘cuz there’s lots of Valium and Xanax floating around. Junkies are mixing many of these legal narcotics in creative cocktails, which throws a wrench in the statistical spin!

What we really want to know, however, is what is the sociological cause of this change from street drug ODs to prescription drug ODs? Some sound theories are starting to emerge. The Los Angeles Times ran a feature piece back in November that addresses the shift, particular to the Southern California region.

One obvious factor, is an increase of quacks. You can make a great deal of money, if you have a bunch of addicts buying pills on a regular basis. I haven’t got time for the pain! Is the other reason, that sticks out like a sore thumb. People just can’t take pain anymore!