NewsBlaze News
Home USA Crime ‘Mayflower Killer’ Thought He Got Away with Murder – We Got Your...

After 21 years have passed, the question still remains: Who is the shaggy blonde-haired man seen at Federal Way High School on December 14, 1991? Does he resemble the police sketch? But which police sketch does he resemble more? Who were the witnesses who saw this mystery man (The Mayflower Killer) hovering near the body of 16-year-old Sarah Yarborough? Is the killer a Fuller? Is he still alive?

I’m very impressed with the DNA work of Colleen Fitzpatrick (as reported in The Seattle Times), and how it connects with genealogy studies. Skepticism regarding the likelihood that the killer is a descendant of the Mayflower has been expressed by even Fitzpatrick. Detective Jim Allen, who is a novice such as me on these newest innovative matters of crime forensics, has said at least it’s a lead. A miracle unto itself! 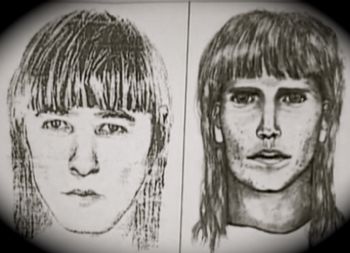 As I see it, this revelation acts as a battery charger on a 21-year-old cold case that’s likely been at a dead end since 1991. Publicity of the case has a way of transcending the ravages of time (maybe not 400 years of time passed) and makes it seem as if it’s returned to the present. Afterall, 1991 doesn’t seem so far off, once we dust off old photos, eye-witness testimony, pristine DNA, and even news footage of detectives examining the crime scene at Federal Way High School near Seattle.

KATU in Portland, Oregon brought this cold case back into the present tense best for me. I had read several stories about the good work that Dr. Colleen Fitzpatrick had done for Detective Allen, but it wasn’t until I watched KATU’s video coverage of Sarah Yarborough’s saddest of cases, that I was actually able to experience the multidimensional levels of cold case resurrection. 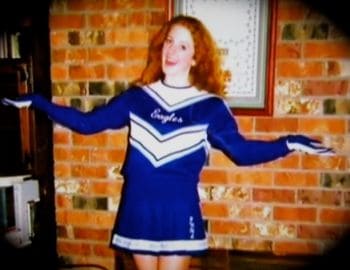 I’m a trained historian, and the better I can reconstruct the original situation, the better I can dissect (or attempt to ascertain) exactly what happened. Alright, so I blew off some steam and I feel better for it. But Detective Allen has more to work with now. The Mayflower Killer is still walking around somewhere (if he’s still alive), probably even working at a job, with his police sketch flashing all over the news! The past never leaves you and will always come back to haunt you (especially if you did something bad).

One problem is the two police sketches don’t look particularly similar. I’m sure Jim Allen will talk to the witnesses again with the goal of ascertaining a slightly more refined sketch. I suspect that inaccuracies in the original sketch could have contributed to a suspect never being apprehended. Was the shaggy-haired man a total stranger to Federal Way, or was he a local who evaded identification (possibly because of the sketch)?

He may not be a Fuller either, but at least we now have millions of people trying to reconstruct the vents of that troubling Saturday, December 14, 1991. Naturally enough, we can’t help but wonder if some Bad Seed stepped off of this clipper ship 400 years ago. But even if there are some imperfections in Fitzpatrick’s methods, I sense we’ll find our man now with so much new publicity.