Amazing that the a newspaper has unveiled the grand jury rulings from 1999 in the JonBenet Ramsey murder investigation! In a nutshell, they were convinced from the evidence (provided by the Boulder Police) that JonBenet’s parents, John and Patsy Ramsey were behind their daughter’s bizarre death on Christmas of 1996. Boulder District Attorney Alex Hunter declined going forward with prosecuting them, however, since he didn’t believe he had enough to get a conviction.

Actually, all Hunter could have gone for, was a child abuse resulting in a death charge, since this is all the grand jury thought to charge the Ramseys with. I should point out, these former JonBenet grand jury members are not suppose to talk about this highly controversial case, yet many of them are spilling the beans to the local newspaper, 14 years having passed since they disbanded. But what does this say about where the case is going presently? 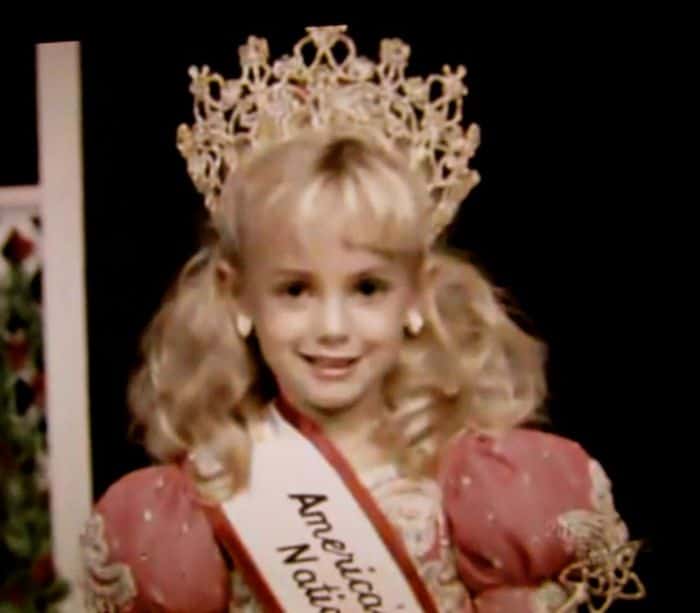 For me, without knowing everything the grand jury saw back in 1999, I believe it points a finger of blame back on the parents, John and Patsy Ramsey (tragically, Patsy died of ovarian cancer on June 24, 2006; she was only 49 years old). One has to remember, Boulder County District Attorney Mary Lacy had cleared the Ramseys of any blame in July of 2008. Now people are saying this exoneration was hasty; yet what did the grand jury see that could implicate the parents once again?

We were led to believe that DNA found on the body of JonBenet came from a third party. We also know the grand jury didn’t have this sophisticated technology back in 1999, so they didn’t know for sure that it was neither John’s nor Patsy’s DNA found. Therefore, doesn’t this still validate what Mary Lacy did, which is clearing the Ramseys? Well, not so fast! What if they knew the intruder was in the house? What if things went wrong, then a cover-up, a fake kidnapping, had to be staged?

Well, here we go again, right back into the thicket of controversy and ambiguity about what occurred in that Hobbit-looking house, Christmas 1996. But just to let you know, this grand jury began hearing evidence on September 15, 1998, and disbanded on October 13, 1999. That’s 13 months by my count! They saw it everyday for 13 months; something convinced them, this was an inside job, for the most part. I will side with these grand jury members, who saw the physical and witness evidence first hand.

Could the current DA recall the case and re-investigate it once again? They certainly could, since it’s an unsolved cold case, according to the local paper. This makes me think, Alex Hunter was wise not to botch it up, believing possibly, they could return to it, once they’ve put together a better case. This sounds like what they’ll do now, such as other prosecutors have done in very old cold cases throughout the country. But boy, does this one have a lot of trouble!

How many books have already been written? How many TV specials do we have? Newspaper and magazine articles? How ’bout some more YouTube footage of JonBenet parading about a child beauty pageant? A million more times maybe? More popular in death than Shirley Temple could ever hope for! How ’bout John Mark Karr? Want more of him? How ’bout Patsy Ramsey’s tragic death? Shall we grill her more when in the grave? Did she compose the ransom note? Did the grand jury believe she forged the ghastly, twisted note?