In idle afternoon reverie, which is not often too pleasant, I find my thoughts drift off in the melancholic (thought-process) direction of loss, in whatever many shapes and sizes that can filter through my mind. This is painful, but I’ve come to realize, it’s just a part of life (some aspects of our lives are happy, while others are drearily sad, I have to admit). This disturbing realization (of multiple loss) may explain why I often find myself writing on missing persons’ cases, such as a new one occurring in Georgia, of 24-year-old Ivy Dawn Merck.

I had thought to record Jane Velez Mitchell’s HLN coverage of Ivy Merck’s confounding case on Friday, while I tried to sort out what was going on with the DNC convention, briefly switching my allegiance to MSN and Rachel Maddow during this week’s action-packed political arena. I refocused my attention on Ivy this morning, reading and printing out what few articles have been written on her perplexing case. Jeez, this doesn’t look too good! 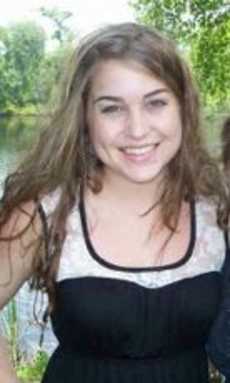 First off, I noted that Ivy disappeared way back on August 23rd, which is just 17 days ago from today, but still that’s a long time, when you’re talking about a missing person. Two other items tend to dominate the stories I’ve read in the news (and seen on HLN). One, is the notes she left in her car. We can’t learn very much about these personal notes left behind by Ivy, other than an opinion rendered by the Camden County Sheriff’s Office, that the notes didn’t seem suicidal.

Still, these notes are rather odd in the sense that they never got in the hands of their intended party or parties. On the other hand, perhaps (if Ivy was running away) they were meant to be left behind as a rationale (as vague as it seems) for why she was escaping from some unidentified problems she was struggling with. Okay, so we can’t yet make any sense of what these notes left behind (especially since we’re not privy to the particular contents of the notes) are all about. I do, however, fathom they’re harbingers of ill!

I have further mental ramblings on the notes, but without the actual documents in my face, that’s all their worth (senseless mental ramblings). Before I sketch out the second item (which has sent up a great big Red Flag for the police and the news media), I wanted to point out that I did some geography research on the internet, dwelling mostly on Georgia, but then I had to look at Florida also, since Ivy’s dark green 2008 Honda was found abandoned at a Marshall’s store parking lot (of all places), which is in Deerfield Beach, Florida.

Okay, so I’ve already revealed to you what the second item of concern is. Why in Hell’s name would Ivy leave her Honda here? I’m sure most people will see this as a major clue that points in the direction of foul play. I certainly do. But how did Ivy Dawn Merck’s Honda end up at this Marshall’s in the first place? She makes it to Kingsland, Ga. from Athens, Ga. on the 23rd of August. We hear, her intention was to go over to her parents place (which is also in Kingsland), but instead she drives all the way down on the meandering coast of the Florida Peninsula? I don’t think so!

But what plays out after Ivy leaves her dog off for temporary boarding at a veterinary clinic in Kingsland? We know also, her cell phone pings off a tower in Boca Raton, Florida, but we’re not given a date or time when this occurred? One article says the cell phone has been dead since she was last in Kingsland. Seemingly, this is a contradiction. So the question remains, what happened to Ivy Dawn Merck just over two weeks ago? My own personal losses are minor compared to the loss of this young, smiling, beautiful woman.