I enter the picture at what looks like the ending to a sorry saga. I’m just like you – in utter disbelief at the disconnect between Hans Kristian Rausing and Eva Rausing’s vast wealth, and what they had turned into, total drug addicts. I only first heard of them yesterday, after reading the story of the police finding Eva Rausing dead in the billionaire couples’ London mansion. I played catch up by reviewing their biographies from British news staples, such as the Telegraph, the Guardian, and the Daily Mail.

There’s a lot to know about their lives, but much of it regards their excessive addiction to some very hard drugs, such as heroin, crack cocaine, diethylpropion (I’ve never heard of that one), diazepam, and regular cocaine. We hear the rich couple did some charity work, but we are hearing mostly from these substantial news sources, of their incredibly charged drug addiction. 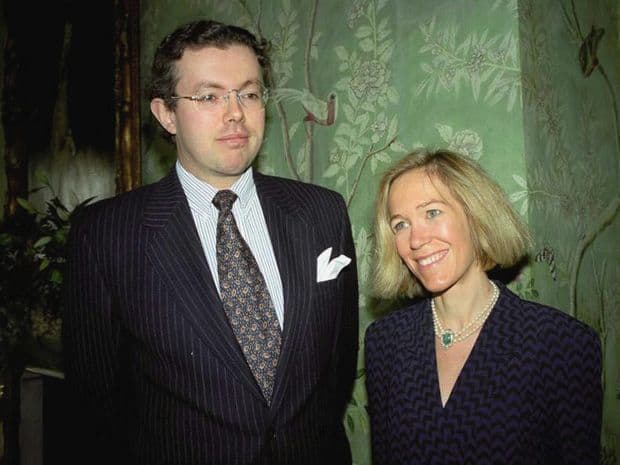 The notorious 2008 drug bust of Eva Rausing, when she attempted to enter the US embassy in London with a vast array of hard narcotics, has been documented most thoroughly by the British news. We are even provided with the exact quantities of drugs she was carrying. One thing I wanted to know, though, was how could Mrs. Rausing be so out of her mind, to even try to breach embassy security with a handbag loaded down with goodies?

I suspect she was so stoned, she didn’t even know what she was doing! I was looking about for the sunny-side of things, but haven’t found a bright side, so far. The sheer quantity of drugs, noted in coverage of the Rausing case, is astounding. This made me realize; only the wealthiest of addicts could afford to purchase a treasure-trove cache of booty, such as the Rausings possessed. I also wondered about who their supplier(s) were?

Well, you’d think I’d wrap my head around other aspects of their story, such as their philanthropy, but it aint happening for me. A bevy of pix showing a disheveled Hans Kristian tapping cash from an ATM machine, or a skinny, wasted looking Eva in a bikini snatched away my attention from their dwindling glory days. One recent pic of Eva has her looking like a street waif right out of a Charles Dickens novel. We long to know whether Hans Kristian did in Eva, but I believe he was too stoned to do so.

Well, at least I was curious enough to read up on Tetra Pak. If Rausing was good for 6.7 billion, then I needed to know how that came about. The New York Times has a history of the packaging invention of Ruben Rausing, Tetra Pak, a Fortune Founded on a Clever Idea, by Stephanie Clifford. The Daily Mail ran a pic of one of these tetrahedron milk cartons, which made me quickly realize how these people had managed to amass this fortune.

A National Post piece, however, put me right back from where I came from. It seems as if Hans Kristian had taken a trip to India in 1986, where he picked up some bad habits. Doing drugs appears to be his only job; he never got a job or developed any type of career. Hans had even met Eva at a drug rehabilitation facility. A perfect couple! Both chronic drug addicts. Ruben Rausing will be remembered eternally for his brilliant invention! This rich junkie couple will have been totally forgotten a month from today.

Eva Rausing death: TetraPak wife may have been dead for up to a week in a bedroom at their London mansion | Mail Online