Academy Award winning actor and multi-millionaire Forest Whitaker reportedly stopped in to the Milano Market in Manhattan Friday, when an employee allegedly wrongly accused him of stealing. The employee reportedly began putting his hands all over Mr. Whitaker, trying to frisk him as if the employee was a NYPD officer, which he is not. The employee reportedly treated the African American star as if he was a criminal, and the pat down obviously turned up no result of any theft.

According to TMZ, Mr. Whitaker’s representative told the site, “This was an upsetting incident given the fact that Forest did nothing more than walk into the deli. What is most unfortunate about this situation is the inappropriate way store employees are treating patrons of their establishment.” 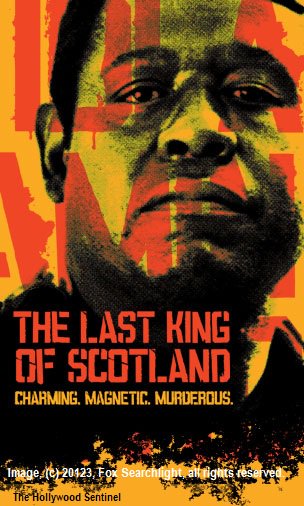 Further, according to TMZ’s source, “Forest Whitaker did not call the authorities at the request of the worker who was in fear of losing his employment. Forest asked that, in the future, the store change their behavior and treat the public in a fair and just manner.” (source: TMZ)

The Hollywood Sentinel called Milano Market for a comment, and the following is a transcript of that conversation;

Employee: This is Frank, who is this?!

Hollywood Sentinel: Are you the manager?

Employee: No I’m not the manager! Who is this?!

Hollywood Sentinel: Can I speak with the manager please?

Employee: What is this about?!

Hollywood Sentinel: Well, according to actor Forest Whitaker, that did happen…

The employee then hung up on us.

As one who has represented many African Americans in Hollywood, we have seen the ugly reality of racism far too often. Hopefully the employee and the establishment of Milano Market have learned that it is not O.K. to violate the civil rights and the right of a person to be free in their person and not groped and wrongly accused, as they reportedly did Mr. Whitaker.