NewsBlaze News
Home USA Crime Dawna Natzke Worked for Police, So Why Was She Dating a Known...

When viewing photos of the charred remnants, really simply a fossilized outline of where Dawna’s car was left, I’m shocked at the devastation left behind, in terms of the sheer force of the incinerates. Dawna Natzke drove a teal green 1997 Ford Escort. No photos of the burned out vehicle, intact, were included in any news footage that I could find. The scorched car was discovered on Thursday, December 22nd in Quachita National Park by a park employee. 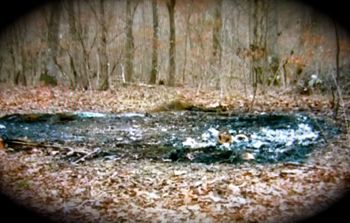 Here comes an unusual discrepancy, that’s not so easy to rationalize, in terms of the investigation into Dawna’s whereabouts in those hectic days just before Christmas. She wasn’t reported missing until the very next day, December 23rd. It was her son who reported her missing, not the boyfriend, Kevin Duck. Another irony, amongst quite a few others, is that Dawna worked for the Hot Springs Village Police Department as a dispatcher, yet the police were sluggish in their investigations of her disappearance.

I suspect this lapse was due to breaches or delays of communication between say, the HSVPD and these Park officials, where the incinerated vehicle was found. A bureaucratic hitch, you might say, and let’s not fail to factor in the ensuing holidays, when most people won’t relish the idea of trampling through thickets and briars in search of a body. Too horrible and real!

And yet many volunteers did search for Dawna around New Year’s Eve and actually found her partially submerged in water, in some very dense forest, about five miles away from the scene of the charred out car. Amazingly good citizens there in Hot Springs, Arkansas! Although the anomaly of the initial delays yet remain a thorn in the side, the recovery was miraculous!

The problem, as I see it, is that law enforcement has their hands full, since the perpetrator has covered his tracks so well. That is, the burning of the car was done in order to cover up the crime. This is why I wanted to see photos of the charred Escort Station Wagon, in order to see the extent that the culprit went to cover up the foul deed he had done. And then we want to know, if he burned the body first before depositing it deeper into the forest.

Another inexplicable, misaligned bit of information, is why would an upright 46-year-old mother of three, who worked for the police, be dating a man with a lengthy rap sheet? Was Dawna even aware of Kevin Duck’s lengthy record for assault, domestic abuse, and harassment? It would be odd if she wasn’t aware of this troubled man, since she worked in law enforcement. Who knows, maybe she was able to overlook his past transgressions? 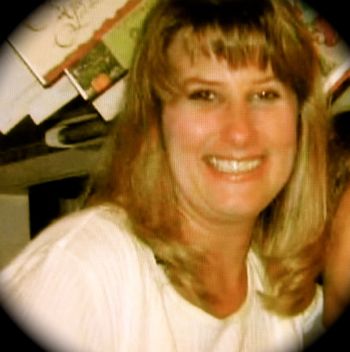 Still, it’s all very weird to think on! This Christmas party on the 21st seems to have been a pivotal moment in what probably happened, which unfortunately, turns out to be a horrid homicide. Friends said that Dawna seemed upset that night. And how was Kevin Duck behaving that night? Was liquor involved? Were any arguments observed (between Dawna and Kevin) by any of the guests? What time and in what condition did they leave the party?

There were many witnesses at this party, who could shed some light on this bad situation. Hopefully, autopsy results will be published shortly. Then we’ll know more about how Dawna died, unless the cause of death was totally covered up by the killer. The wheels of these various bureaucracies, operating in different jurisdictions, needed some oiling. A crafty culprit may have been aware of these breakages, and plays it to his advantage.