I learned on Friday that Brandon Scott Lavergne is probably the one who kidnapped and killed Mickey Shunick. The Lafayette Police Department had enough evidence to arrest him on a Thursday traffic stop, then to charge him with 1st Degree Murder and Aggravated Kidnapping.

I don’t doubt they had put together a solid case, but they were sketchy on how they were able to do this, in both a press release and a news conference. A colliding collage of news clips, or old talk shows (piping crisply through my HD tube) cascaded across my haywire thought patterns, as I drank in this newest revelation! 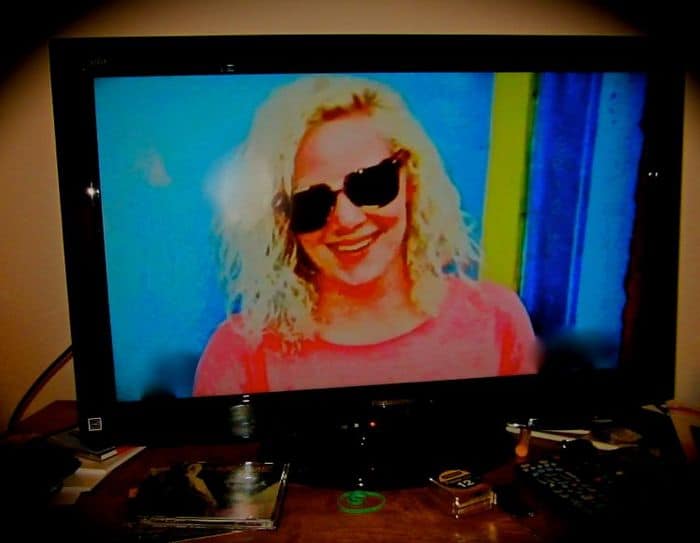 Reading Between The Lines

As such, I had to read between the lines on how a very keen police investigation (precisely) transpired. I culled the latest articles on the Internet, as well as reviewing older pieces that were published the day after Mickey disappeared, which has to be May 19th. A chilly feeling came over me, as I reviewed photos I’d taken from news footage of the Whiskey Bay Bridge.

I pictured in my mind this Lavergne creep parking his white Chevrolet Z71 atop the bridge, then taking Mickey’s (crashed-out), distinct black, Schwinn bicycle down to the river and tossing it in.

A Crime in Broad Daylight

Now I realize, a witness must have seen him do it and they thought to notice the Z71 too. Then what must have happened, is that when this eye-witness saw on the news a photo of the truck (from grainy surveillance footage) trailing Mickey, he or she put two and two together, realizing a part of the crime (the disposing of vital evidence) was glimmering in broad daylight.

At this disturbing moment of (disturbing) informational enlightenment, our witness must have fired off a call to 911.

Unless you can think of another scenario of how this unfolded, I’ll rest my case on my simulation, until the time when the Lafayette Police tell us exactly how this went down. Another confounding piece of the puzzle is the situation with the white Silverado Z71 being reported stolen down in Texas.

News sources don’t tell us who reported it stolen down in Montgomery County, Texas. Yet, I have to suspect it was none other than this offshore worker, Brandon Scott Lavergne. Someone purposely burned the truck up in an obscure location just north of Houston.

Duh! Now get this!

I wonder who it was who tried to destroy the suspicious vehicle just days after pix of the Z71 were broadcast virally on news circuits? Duh! Now get this! After losing his first truck, Brandon goes out and buys an identical model.

Now how dumb is this. What was his thinking here? I won’t look suspicious, since I buy the same make and model truck, since it will demonstrate I have nothing to hide and am not feeling guilty?

Go and figure! But the real question for me, is how could detectives link the burned-out truck forensically to cloudy-looking images taken from the (not to good) surveillance footage? 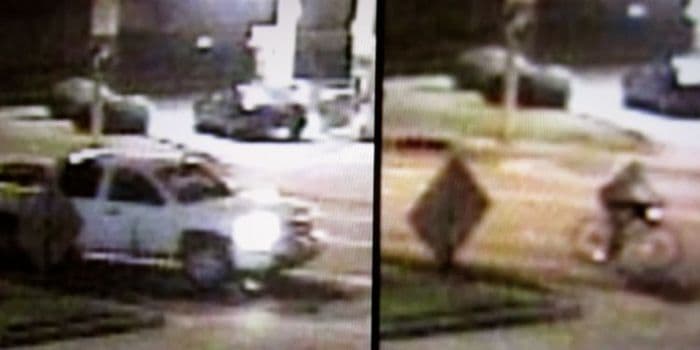 Unless there were verifiable identifying marks on the photo that could be matched to the actual shell of a burned out pickup (that they found in San Jacinto County, Texas). This has to be true, but what are the clues? Maybe a dent, a decal on the side? Tinted windows perhaps?

This leads me to believe that the abandoned burned out Silverado truck must certainly not have been too scorched. This also suggests that Lavergne botched the job of torching it. At this juncture, I must interject, I absolutely realize I’m doing quite a bit of speculation here, but I feel as if I have no choice, with the little bit of information we’ve been given by Jim Craft.

Well, I’m confused, and have been this way ever since Mickey Shunick went missing back in the latter part of May. Though, some things were clicking in my head this morning.

I thought to return to a June 8th article published by ABC, that reported a P.I. hired by private donors, one John Abdella, was starting to put this case together, had some very credible witnesses, and even had developed a credible suspect.

Now does this click with who they arrested? Are the witnesses he talked to possibly the same one or ones who actually saw Lavergne park his Silverado atop the Whiskey Bay Bridge, where he dumps Mickey’s broken bike into the river?

I’m thinking, John Abdella had put this together correctly, but we’ll have to wait and see if he did. One final question I have, no two final questions, is will Brandon divulge what he did with the body? I suspect not, unless he willingly longs to walk to the alarming gas chamber.

Just Who Brandon Lavergne Really Is

Random rumination leads me into further risky contemplation about just who Brandon Lavergne really is? One suspects, he may have done this sort of thing before. Okay, has he killed any other women? Is he a serial killer?

Since he was an offshore worker, was he traveling about frequently, exhibiting similar aberrant behavior? Just take a look at his isolated home in a rural area near Swords? A perfect hide out for this type of predator.