Phobias are rarely rational, rarely life-threatening, but occasionally life-altering. My fear of spiders may quicken my heartbeat every time I walk into the bathroom in the middle of the night and my fear of heights may make it difficult to travel to the top of the Eiffel Tower (or the stairs) but it’s not something that will stop me from living my life. However, the same can’t be said for people who suffer from somniphobia, a fear of falling asleep, or aquaphobia, which is a fear of water.

These are rare, but they are incredibly interesting on a psychological level and make for great reading if you’re an aspiring psychologist, or if you’re just a keen procrastinator and fact geek like I am. So, regardless of which category you fit into, here are some phobias that will make you a little bit more interesting at your next party.

If you suffer from ombrophobia then you may experience extreme anxiety at the sight of rain. This likely arises from childhood trauma or a difficult experience. It’s a phobia that probably won’t cause you much distress if you live in one of those fortunate countries that enjoys year-round sunshine. But if you’re stuck on the British Isles like me, then you might as well have a fear of oxygen.

Papaphobia – Fear of the Pope

Okay, I get it. He’s a living messenger for a deity who may or may not exist and, according to what little texts we have, possesses the power to destroy life at the click of a finger if He does. This is a completely rational irrational fear, and one that extends to all things holy.

Speaking of holy, sufferers of this phobia are literally scared of holes. This is something that I actually suffer from myself to a degree, and I’m not just saying that for comic effect (see? Not funny). I don’t turn into raging lunatic at the sight of a crumpet, but it does make me feel a little unnerved at times.

The research suggests that this is primal reaction, as the holes look similar to the patterns of toxic toads and may signal “danger” to the mind. Why that transforms into a fear of honeycomb is just the mind’s way of letting you know that it’s not perfect and has the reliability of Windows Vista.

As a child I hated cheese-the taste, the smell, everything. I wasn’t scared of it, but I was convinced that there was a conspiracy and that everyone was only pretending to like cheese just to get at me. In later years, I would fall in love with the stuff, but that conspiracy theory could have easily warped into turophobia, or a fear of cheese.

This is a genuine thing and many sufferers actually have a fear of a particular cheese, as opposed to cheese on the whole. It likely results from a childhood incident, whether because they were forced to eat it, had a bad experience when they did, or because they choked on it.

Criminal lawyers don’t have the best reputation and no one likes them until they need them, at which point they love them. But for some people, these lawyers are something to be afraid of. This is a genuine phobia-albeit rare-and likely results from a bad experience with lawyers in the past, because, well, how else could it be triggered?

A fear of heights or even holes can be primal, but unless we have an innate fear of suits, smiles, and double-talk, this one has to be nurture over nature. 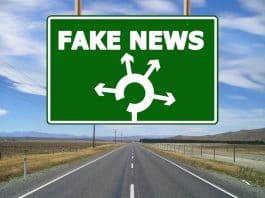 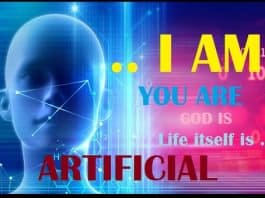