A few years ago Faith Hill sang Where are you Christmas?

That has become my new mantra.

Christmas feels so generic you might as well be hunting for Easter eggs.

I heard on the news that mall shopping is down and online way up. No duh? Why should anyone shop at the mall? It’s no fun when there are no decorations, no Christmas music and Santa is missing-in-action.

In case no one has noticed, the world is a very rude and thoughtless place these days. The crazies are multiplying faster than an alcoholic’s bar bill.

Where Have The Decorations Gone

Even at what should be the most festive and happy time of the year, the news is incredibly scary and unsettling. I suppose some would think me crazy if I pointed out this seems to be directly related to the lack of Christmas decorations.

There are daily reports of bans on Christmas decor, nativity scenes and Menorahs. Yep, those Jews gotta get in on everything! As a Jew, I am horrified by the lack of holiday spirit! Happily, some businesses have not succumbed to the political correctness that has infested this country, and Santa is alive and well in certain venues. However, their number is growing smaller every year.

As a Jewish child I looked forward to the wonders of Christmas. Not for the religious implications of the holiday, but for the fun. I remember fondly sitting on Santa’s knee when one of the teachers in our school impersonated him every year.

It was always fun to try and discern who was beneath the beard. Mr. Foder, our social studies teacher, wore his glasses, so he was always an easy giveaway. Then he would hand us a candy cane, and we would get a glass of Vernor’s ginger ale, since James Vernor was the namesake of our elementary school.

How odd you may think that a Jewish person should have fond memories of another religion’s holiday.

Not really. It was always kind of easy since Hanukah usually fell around Christmas, and I always felt the two together made the season extra special. I also believe many of my friends felt the same way.

Although I grew up in a predominantly Jewish neighborhood, I had non-Jewish friends and neighbors and some in my own family that celebrated the holiday.

As I grew older I loved Christmas for other reasons as well. It was the most fun time of the year to shop. Now what Jewish girl doesn’t love anything that makes shopping even more fun? Why? Because the stores were always filled with festive colors and decorations and people were in a wonderful, happy mood. It was the one time of year when everyone had someone else’s welfare on his or her mind.

Stores filled with people rushing about buying gifts to make others happy. The energy was contagious and uplifting.

The other day shopping at Macy’s, I could find neither hide nor hair of a Santa or a Christmas tree. Snowflakes? Seriously. Wrapped gift boxes? Sorry, it won’t cut it.

I imagine people spend far more money with Christmas music blaring from the loud speakers, which there wasn’t by the way.

Respect For The Beliefs Of Others

So why do you care, you might ask again. You are Jewish. Yes I am, and that’s the point. Growing up as a child around Christmas in America taught me something valuable that I still carry with me today: respect for others’ beliefs and a great admiration and gratitude for being an American.

Understanding that I share the world with people of all religions, colors and ethnicities is a valuable lesson best learned through doing. Most importantly I learned that we can and should all share and embrace the joys of our differences together.

That respect for others isn’t something one can be simply told, it must be felt and absorbed by living it for oneself.

Santa Claus played a vital part in teaching children that there is something beautiful and rewarding in believing. That positive actions produce desired results and sharing happiness with others, despite our many differences, is an integral part of life.

Even those who are non-believers still benefitted from the good energy the season brought to everyone.

To say anyone should be offended because someone else is celebrating his or her own special holiday is ridiculous.

If there is a special event in schools or community venues during the holidays, it should be inclusive of course. But to ignore and play down the Season has taken a toll.

Santa Is A Special Inoffensive Symbol

Phasing Santa out of our lives is removing the sparkle from a child’s eyes when they write a letter asking for a new bike, a doll or Apple watch.

Santa is a symbol of giving, sharing and caring for others. Christmas is a time of year when Rockefeller Center boasts a giant tree, lighting up the world; when lights and stars fill the streets and melodic music plays.

Those beautiful Christmas songs have spread the holiday cheer for decades. Many, incidentally, were written by Jewish composers. Irving Berlin wrote White Christmas. Silver Bells was written by Jay Livingston and Ray Evans after hearing the bells of the Salvation Army Santas. Johnny Marks wrote Rudolph the Red Nosed Reindeer.

The Jewish State of Israel makes Christmas trees available for twenty dollars for anyone who wants or needs one. Religious institutions receive the trees, Arizona cypresses, every year at no charge. Yet here in America people are desperate to play down the holiday decor as not to offend others. Why would pretty trees filled with lights and sparkles offend anyone?

Christmas is not simply a religious holiday, although of course that is its main significance after all. It is also a reason to be kind and thoughtful to others. To believe in peace and good will toward our fellow man. Why on earth would anyone want to play down that message, and who in their right mind could believe that is politically incorrect? It’s about as correct as one could ever be.

Peace On Earth And Good Will To All

I hope this tide to play down and nullify Christmas ends soon. Perhaps more holiday cheer is exactly what we need to bring us all closer together. The message of Christmas does not divide but unites all people and all religions, even those who aren’t religious at all, and brings home the clear and necessary message we all need to hear, but don’t often enough.

Peace on earth and good will toward our fellow man. I think I’ll write a letter to Santa and ask him for more Christmas spirit next year. Until then we should all try to keep the Christmas energy alive in our hearts all year long.

So, yes Virginia, there is still a Santa Claus, but he’s hanging on by the skin of his teeth and the last remnants of his long white beard. 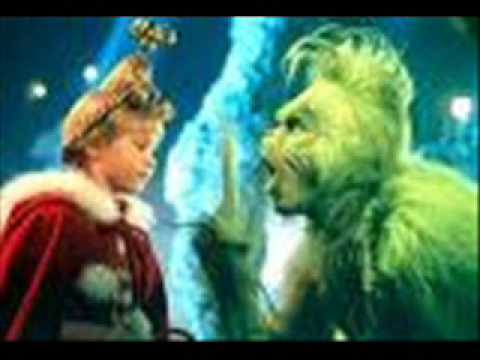