Yesterday and Today are the Helter Skelter days; 43 years ago Charlie’s Chosen Ones went to 10050 Cielo Drive (demolished on 12/30/1993), in the sequestered Benedict Canyon district of Los Angeles, and wreaked havoc on five of Hollywood’s elite. I searched inside of myself for any ephemera (whether book, movie, or TV special) I might have missed in all these years, that would tend to shed any more light on what all this means (either to me, America, or to popular occult history in general).

Well, I did miss one item. If you have Netflix, go to Instant Watch and cue up The Six Degrees of Helter Skelter, hosted by Scott Michaels, who has those Dearly Departed Tours (which look interesting). I’ve run the tape twice already, and even took some good notes this morning. There’s lots of details in there you can’t find in Vincent Bugliosi’s Helter Skelter or, for that matter, in Ed Sander’s The Family (which has some fantastic research (also) lacking in Helter Skelter).

Why do we need so much detail anyway? If I could answer that convincingly, I certainly would, but all I can tell you, is we Americans have attached some sort of significance to these events, that has elevated them to a status of legendary occult worship (a bit of a sickness, I might add). But I need to see the hobbit-esque dwelling where Jay Sebring live! Need to see again, how Spahn Movie Ranch looked before it burned down (on September 26, 1970).

I visited the Tate house in August of 1979, but Scott Michaels shows us so many other locations that fascinate us. Like the house where rock musician Gary Hinnan was killed (which initiated the killing spree). And now I understand the Mama Cass tie-in better, who lived in back of Voytek and Abigail, before they moved in with Sharon. And then we see Jack Jones house, which was creepy-crawled by the Family. Tex stole his cowboy hat! 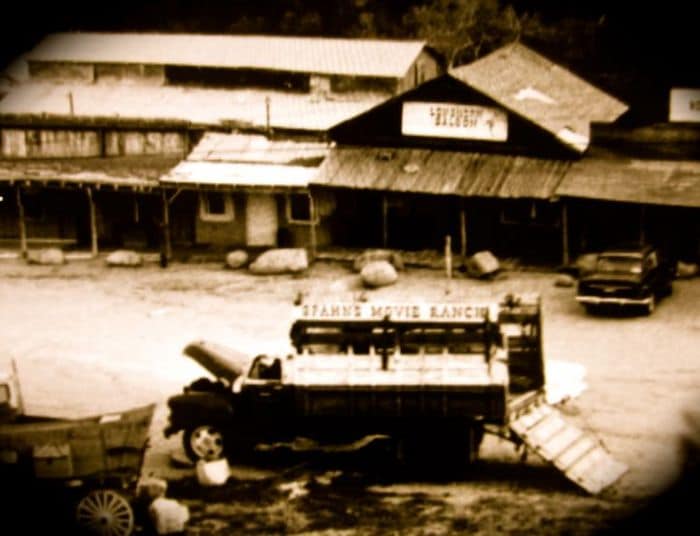 My favorite clip in Six Degrees, is the shot of El Coyote Mexican Food restaurant. This is where the five victims of the first night of mayhem had their last meal. Is this trivia we really need to know? Maybe not, but it sure helps us in filling out the picture of what happened exactly, on August 8, 1969. We get to hear one of Charlie’s records too, Cease to Exist, which gives you the creeps a couple of million times over! The entire Terri Melcher connection will run eerie circles around your mind!

Did I fail to mention that the most famous record cover ever created was photographed on the very same day as Tate, the Abbey Road shot? The latter part of the documentary focuses on Barker Ranch in Death Valley. There’s the cub-board where Charlie was hiding when he was arrested. And there’s a burned-out chase of a car, once owned by none other than Tex Watson. Whoop-Te-Do! Yet there it is still, a remnant of a twisted saga that refuses to be forgotten!

We don’t really need this stuff, but we indulge in it anyway, thinking nobody will mind if we bandy this twisted history around one more time, in spite of the fact there are better ways to use what little free time we have lying about. My take from this thorough drudging of a documentary, is the seeing of these physical locations, where these malignant events took place, blows new life into a dead carcass of a story, that represents a pivotal point in our history, where the Flower Child Culture took a dramatic blow to the gut. It went south people, and some of us still want to know why.